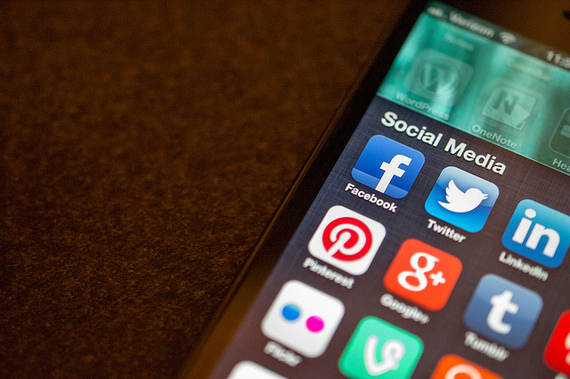 The world is in turmoil. Shocking images and videos of conflict from Caracas to Kiev seem all too familiar, echoing the uprisings in Egypt and dozens of other visions of tumult. One of the key elements that unites these various revolutionary movements is the impact of social media. These powerful paths for connectivity have played a significant role in the destabilizing of authoritarian regimes. Yet with the power of social media come the perils of espionage and the temptation of apathy.

Power to the People

The power of social media was first witnessed in the 2011 Egyptian uprisings, so much so that the movement has been nicknamed, the 'Twitter Revolutions.' As a paper in the International Journal of Business Research and Management explains, while "the triggers of the revolution were numerous," there is no doubt that "social media played a very important part in uniting the youth of Egypt and helping them in organizing and coordinating the protests against the government."

Likewise in Ukraine, not long before the current protests, a video detailing an attack on a young girl, Oksana Makar, went viral: the video showed not only the brutality of the attack, but more importantly the injustice and corruption of the current administration when her attackers were released.

As Forbes' Greg Satell points out "it was then that the seeds for the current protests were most probably sown." Similarly, a video from pro-democracy group EuroMaidaner called "I Am A Ukrainian" has had over 5 million views and counting, doing much to spread an understanding of the current situation in Kiev.

These are but two examples and do not include the thousands of tweets, status updates and Instagram pics that have allowed information to spread and protests to be engendered.

The protests in Venezuela are by and large student led, and social media has been a key factor in the spreading of information beyond state-sanctioned media. "I don't trust our television and radio stations at all,'' Adriana Sanchez, 36, told USA Today. "The government stations just run propaganda, while the few privately owned stations are afraid to broadcast the truth. What other options do we have?" One need only spend five minutes observing the Twitter feed of Leopoldo Lopez to understand the significance of social media to the movement.

Social media is a powerful tool particularly in the face of authoritarian regimes. Information is power, and as long as the state could control the media, they could control the populace. Now, ideas and information can spread like wildfire. In a matter of hours, a protest of thousands can be organized in Tahrir Square. A regime can fall in a 140 characters. Social media is a tool for disruption: it can destabilize traditional power structures and unite an otherwise disenfranchised section of the population at a remarkable speed.

Yet as with any powerful new tool, there are dangerous pitfalls. If Edward Snowden proved one thing it is that information is no longer sacred and privacy is a thing of the past. In such an age, the constant diffusion of information can become just as dangerous as it is empowering. In January a story ran in the New York Times which revealed that protesters and journalists in Kiev received an ominous text message on their phones: "Dear subscriber, you are registered as a participant in a mass disturbance." The text message was most likely sent by the Ukrainian government using what's known as an "I.M.S.I. catcher," which connects to mobile devices and reveals their locations, serial numbers and messages. Likewise in Venezuela, "Twitter reported that the government was blocking some of the images being tweeted by its users."

The message therefore is clear. While undoubtedly Twitter and Facebook are powerful tools to unite protest movements, in an age where not even German Chancellor Angela Merkel can have a private conversation, social media can be just as dangerous as it is empowering. China is a particularly significant example: the country boasts the most active social media population in the world, yet none of the major Western social media platforms are available in the country. The censorship surrounding the Tiananmen Square anniversary last year is proof enough of the government's far reaching control. Tweeting the location of a protest, Facebook messaging an activist or Instagramming a protest can just as likely get you arrested or killed as it can destabilize a regime.

Finally, there is the impact that social media has on the politics of developed countries where users are among the most active yet where governments are often the most stable. In privileged America, there is a certain degree of political apathy that social media promotes. Examining your news feed is far more likely to lead to watching Beyoncé at the Brits or laughing at the latest Grumpy Cat Memes. Perhaps I need more politically minded friends, but increasingly my 'news' feed is polluted with quizzes and games rather than any kind of political or social engagement. And perhaps this is what Facebook is for: it is, after all, social not political media. Yet I cannot help but feel a degree of escapism promoted by these platforms. The culture of celebrity and entertainment reigns supreme and, perhaps were we to spend a little more time on Al Jazeera and a little less time on Upworthy, we might be able to more critically examine our own governments.

There is an argument to be made that social media can more easily spread political messages and stories of social unrest from around the world. Yet more and more these seem to be fragmented and diffused, as is the nature of this beast. News stories are broken down into Top 10 Lists, social movements are watered down into 3 minute Youtube clips and revolutions are played out in memes. Indeed, Madonna's new 'Love Revolution' campaign seems to suggest that even the very idea of revolution is at the mercy of popular cultural absorption.

As Malcolm Gladwell wrote in the New Yorker: "the civil-rights movement was high-risk activism." By contrast, the weak-ties promoted by social media leads to "the kind of commitment that will bring only social acknowledgment and praise." Signing a protest on Change.org or sharing a video from Kiev makes you feel like you've done your part. I am certainly guilty of this. Yet ultimately such actions achieve little. Hiding behind our Facebook walls isn't going to change the world anytime soon. Real action requires physical movement and high-risk commitment. So while undoubtedly social media is the tool for the new revolution, like any powerful regime, it must be continually questioned and keenly observed.