It's safe to guess that you are not booking travel right now to the Middle East or North Africa. Your eyeballs are probably exploding from scenes of riot, devastation, repression, shooting, looting, murder, mayhem and burning. You'd much rather frolic on a beach, sample new foods, swim, sun, sleep and pursue your own personal peace. Right?

About a month ago, my husband Paul and I were en route to Tunisia, which was largely calm and peaceful, to see what the revolution was like on the ground. In my experience, there is media, and then there is reality. Reality, for me, means traveling around the country, meeting a lot of people, listening to what they have to say, asking questions, and trying to get below the surface. 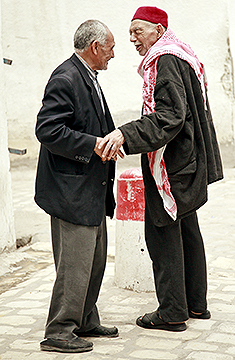 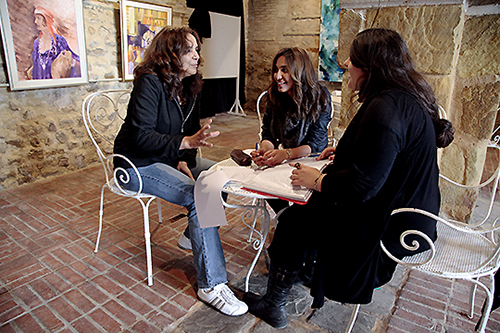 We were just about to board a Tunis Air flight when I got a frantic email telling me that riots had broken out in Tunis, the main avenue where we had booked a hotel room was shut down under military guard, and we would have no access to our hotel. I took a deep breath, walked onto the plane, and, when the door had closed behind me, I calmly put my seat in the upright position, made sure my tray table was properly stored, and then felt a surge of panic. It was nighttime and we had nowhere to go once we reached Tunisia.

What happened then was extraordinary. I addressed the passengers around me, asking if they had ideas for another hotel in a tranquil part of the city. The next thing I knew, the plane had taken off, I was standing in the aisle, and half of the Tunisians, Libyans and Algerians on the plane were talking to me. They asked me why we killed Bin Laden instead of capturing him. (I laughingly told them that I had an alibi that night, and I hadn't personally been in the compound.) They asked my advice about democracy (I told them we were still working on it more than two and a half centuries since its advent in the U.S.). We talked about Ben Ali, Mubarak and Qaddafi, trying to decide who was the biggest crook, thug or murderer (you can guess the answer).

After about half an hour of give-and-take and laughter, a tall, beautiful woman at the back of the plane shouted out an invitation for us to come home with her. I almost fell over, and I can assure you there was no turbulence. The passengers on the plane started weighing in about whether or not we should accept the invitation. The general consensus was that we should get her contact information, give it to a third party, and trust the voice from the rear of the plane.

And so, while strict curfew was imposed on Tunis, we went to the home of Imen (who turned out to be a star basketball player). In her modern, comfortable house, we met her gorgeous sister Asma (who was a TV sitcom star and is now the host of a TV show for women). Paul whispered to me that if the situation were reversed, a Tunisian woman visiting the U.S. would be invited home by Kobe Bryant and George Clooney. While we yakked, their momma was busy making and serving us lamb couscous at midnight. When we finished the last grain of couscous, the family bedded down in the living room on mattresses, insisting that we sleep in the large bedroom.

The curfew was lifted, the riots were short-lived and, apparently, fueled by testosteronic kids who thought democracy meant whooping it up and looting. Hey, when you have been gagged and oppressed for three decades, the move to democracy is going to be a story of trial and error. But, more important, the story of Imen and Asma's family was repeated over and over during our stay. When people heard that we were American, and we were alone in Tunisia, they invited us to their houses, they stopped to talk to us, they made special food for us in restaurants, they had us over for couscous and mechouia (grilled vegetable salad). They put us on national radio. They met us in cafes and restaurants. They wanted to share with us their age-old hospitality and their new found freedom.

The last nine days of the trip, we joined a small group of Americans on a study tour to Tunisia. Jerry Sorkin, a tour operator with TunisUSA.com, decided that conventional tourism wouldn't work in these turbulent times. Instead, he decided to take Americans behind the scenes of the revolution. This was his first group (12 people), and it reflected Sorkin's lifelong commitment to peace, intercultural relations and hands-on touring.

The group consisted of museum directors, teachers, a photographer, an IT whiz who had worked with non-profits, an economist, a retired oil man, the head of a large travel organization. They were wildly enthusiastic as they met Tunisian teachers, artists, the head of a non-profit that makes micro loans to women, students, revolutionaries, a Shakespearean actor, folks at the U.S. Embassy. 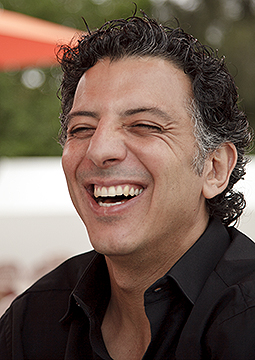 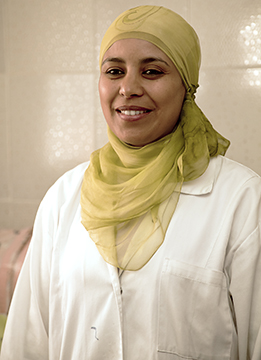 They were accompanied by the man who is arguably the most versatile and knowledgeable guide in Tunisia -- Hatem Bourial. 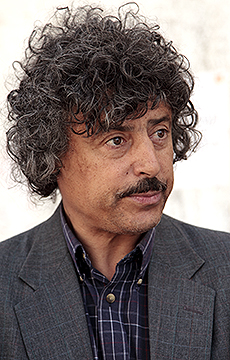 They walked through the bowels of El Jem coliseum, where gladiators and beasts prepared for battle. They visited the Roman city of Dougga. 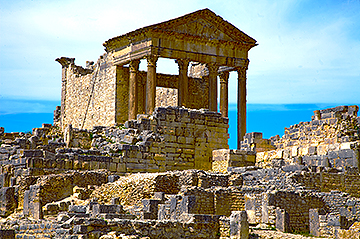 They strolled through the streets of whitewashed, bougainvillea-dripping Sidi Bou Said. 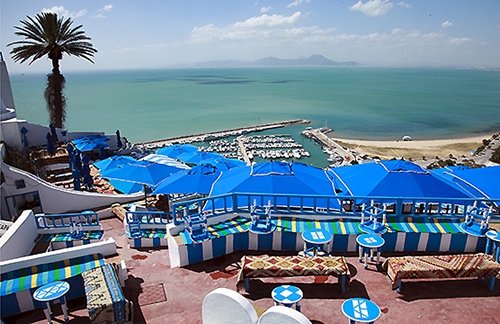 They visited the great mosque in Kairouan... 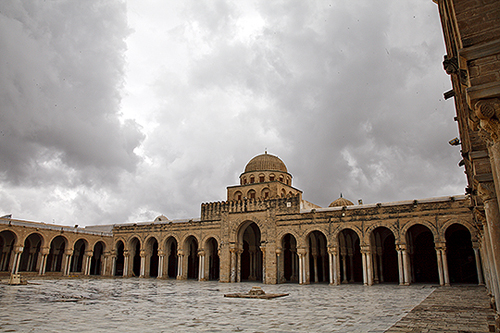 ... the Ghriba synagogue on the island of Jerba, slept in 5-star hotels and dined on traditional delicacies and wines that were produced using techniques from ancient Carthage.

They fell in love with Tunisia and the smart, soulful, tender, passionate, artistic, generous, brave, funny people they met there.

They felt safe, excited and engaged.

Most of all, they learned, up close, without any media mediation, how Tunisians are forging their revolution. "It's such a perfect time to be part of history," one teacher said.

So, revolutionary travel anyone? My vote is yes, yes yes.