Who would think that a video game could revolutionize the teaching of 21st century skills. I recently had the opportunity to visit a New York Inner City School and witness the most extraordinary teaching. A non-profit organization by the name of Games for Change (http://www.gamesforchange.org) has developed a challenge/curriculum activity that accomplishes more learning in one activity than I have seen in some classes lasting for a complete semester. 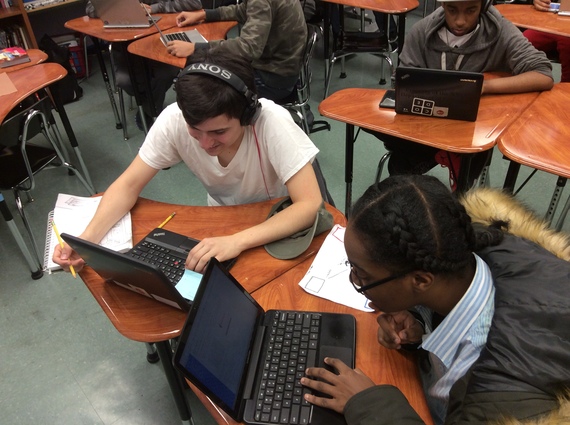 The basic concept of the curriculum is for students to create a video game. This is a rather simple activity. Right? There would be many computer skills involved in the creation of this video game. The students would obviously have to learn about coding. They would also have to have a basic understanding of the elements of games, incorporating some graphic design. These computer skills are rather basic and at this point could not be characterized as revolutionizing 21st century skill development, but what I experienced in New York was truly amazing.

The name of the school was the Hudson High School of Learning Technologies, a public school in New York City. Melissa Tortorua was the teacher and the class was remarkable. These students were creating video games, yes, learning everything we already mentioned. But they were learning so much more. The game themes had to be created in one of five categories:

The students had to research the theme of their choice, meet with experts in the field of their choice and then create a game concept that would teach the player of the game about that theme. Now that is smart teaching!

Let's take a look at some of the skills necessary to fulfill this challenge: The students must research the topic, communicate with experts and develop an interview agenda, collaborate with colleagues, think critically and problem solve to create a meaningful and challenging game. All of this is housed in a harbor of creativity. Sounds like 21st century skill development to me. 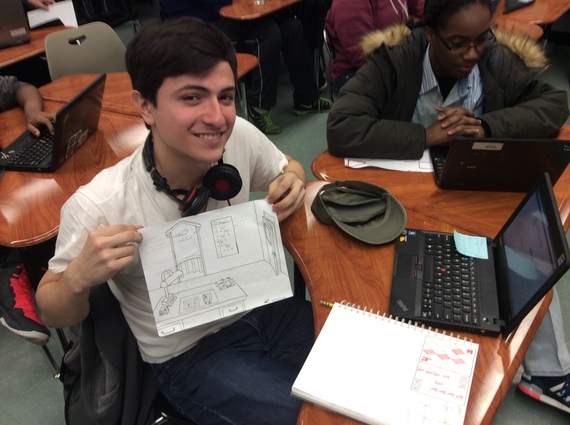 I also had the opportunity to speak with the students. I was amazed at their perspectives on the assignment. They were remarkable individuals. They found the making of the video game to be interesting, and they were happy for the opportunity to learn about coding. They recognize that coding will be a life skill for them in the future. The students understood and were able to verbalize all the elements involved in their learning including the need to collaborate with partners and communicate their ideas. Critical thinking and problem solving were basic requirements to creating an exceptional game.

They spoke about their social theme as if they were the resident expert and their passion to invoke reform through their game was palpable. They loved the assignment and more than being excited about making a video game they spoke to me as if this is the type of activity they expect to be doing in their future studies. This is their world and they knew it. The fact that they were learning something novel, relevant and futuristic was not lost on these students. They were excited to be a part of the change process in education. Hats off to "Games for Change"!