How often do you find a new tag from an '80s graffiti writer? How often is it made of iron?

Or maybe he never left. It is impossible to tell when the tag is a welded sculpture on a large rusted I-beam, or soldered on an oxidized chain link fence that rattles back and forth in the wind as city traffic rumbles by. Since this elusive graffiti artist doesn't do too much talking to the public about his work the small cold piece before you could potentially be years or even decades old by the time you discover it. 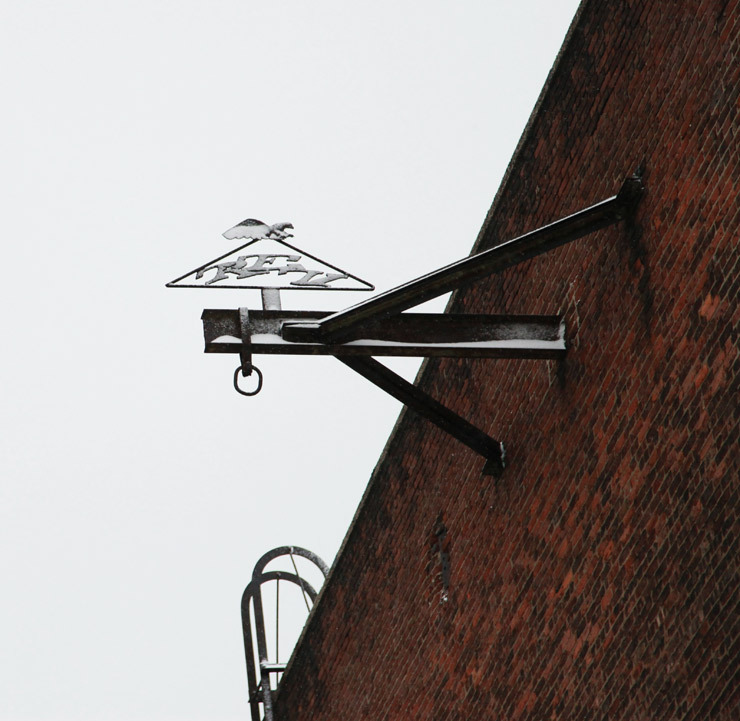 In 2010 we wrote about REVS for the Huffington Post in 10 Best Street Art Moments of the Decade:

"Fiercely reclusive Street Artist REVS surprises everyone following his arrest in 2000 by abandoning his practice of creating monumental roller tags on walls and instead makes dozens of metal sculptures. He installs them, mostly legally, around New York, including many in the Brooklyn neighborhood of Williamsburg, known for being an epicenter of Street Art growth in the early 2000s. REVS and his buddy COST are pointed to as inspiration by many of a new generation of Street Artists."

In 2014 we keep finding more of these sculptures, most of which look like they must have required permission, and we thought you'd like to see a few of them. Some say REVS, often written cleverly, other times cryptically, and variously under one of his other nom de plumes like Shiesta, Toots REVS or the more declarative Fuckin REVS. 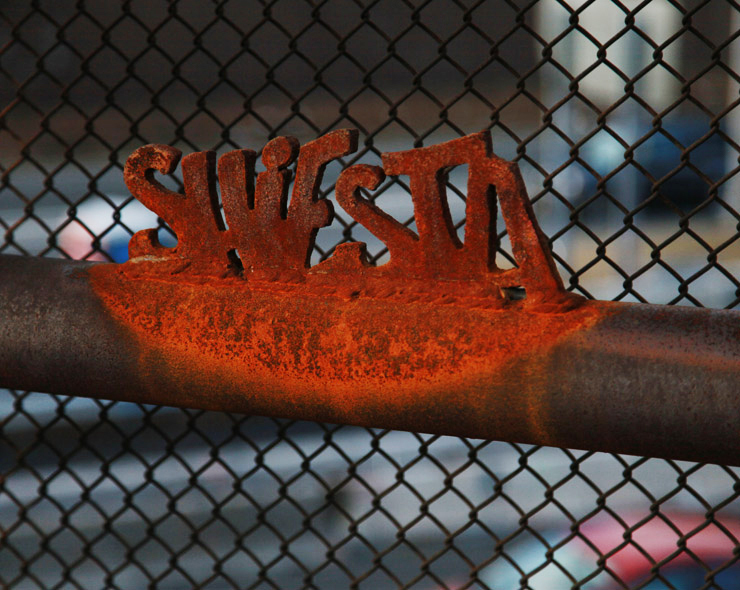 Finding these metal REVS can be a little like discovering the Holy Grail for graffiti and Street Art photographers not just because they are hard to locate, but because of the stories people tell about the sheer number of times you saw his name rolled out in New York in the 1990s. Then there are the multiples and replications of photocopies he pasted around town with his running mate Cost that included a real phone number you could call -- an unheard of use of interactive elements long before the word "interactive" became associated with clicking a button or swiping a screen.

And what about the hundreds of real-life diary pages he painted in train tunnels then, each one a recounting of his life experiences, some posing existential questions. You can still see some of these mini-diatribes when the train stops mid-tunnel, scrawled in black aerosol across a primed white rectangle on a concrete wall two inches from your face as you glance out the window.

"REVS holds a special place in NYC graffiti lore for two reasons. For one there's his creative output, which is hard to beat: from writing on trains to painting highly visible rollers to wheatpasting the city in a first-of-its-kind campaign to almost completing an ambitious project to paint diary entries between every single stop in the NYC subway system to taking it to the next level and sculpting his name out of steel," says one of the most intrepid of today's graffiti photographers, Luna Park, who has published around 200 REVS photos on her Flickr page in the last decade. 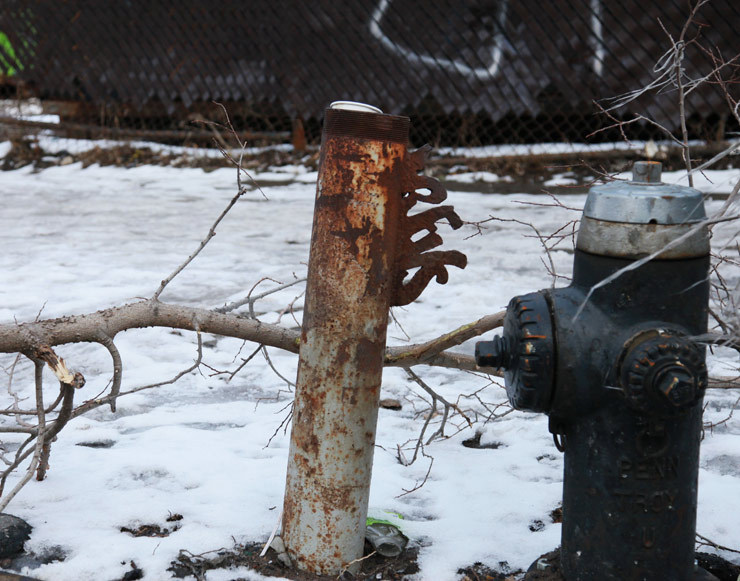 She continues, "Combine that output with a devil-may-care reticence and a complete disdain for the mechanisms of the art market and you've got the makings of a legend."

That last part is notable in this time where a growing number of artists appear to be using the street to advance their fine art or commercial careers. REVS has done very little to capitalize on his work on the street publicly and is quoted in interviews as having a deep aversion to commercializing his work. Nonetheless, as the marketing mavens like to say, Brand REVS continues to strengthen and photographers are not the only people hunting for stuff by the man of steel.

"Given the propensity for REVS sculptural work to be stolen - and unfortunately there has been a lot of that recently - for his most loyal fans, locations of REVS pieces are closely guarded secrets," says Ms. Park. 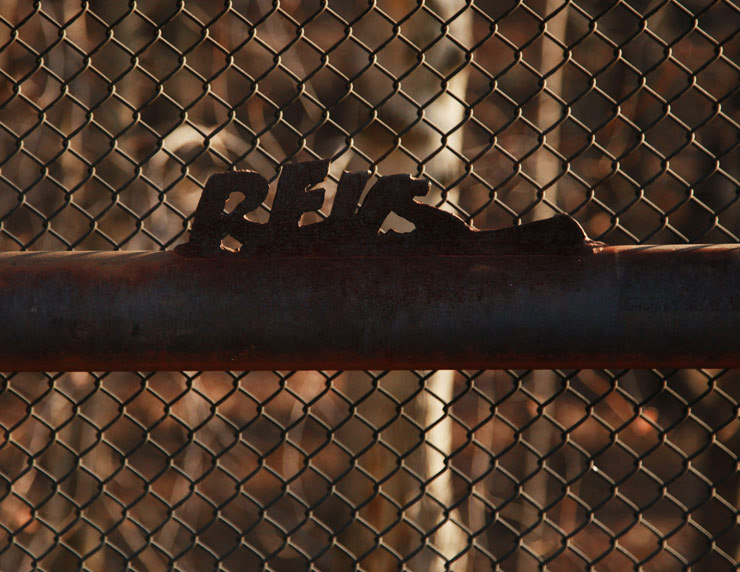 Ironic then, that for some urban art fans this work is far more important than that of, say, the British Street Artist Banksy, who alerts the world using the Internet and social media as soon as a new piece is up, sometimes with hints about location.

"He's the greatest living graffiti artist," Jake Dobkin of The Gothamist was recently quoted saying, "You know how some people feel about Springsteen or Bob Dylan? That's who Revs is for New York graffiti enthusiasts."

Our beat is Street Art, so we'll trust Jake about this, but as a stylistic and creative lynchpin between graffiti and what would eventually be widely called Street Art, no one is questioning REVS steely staying power. 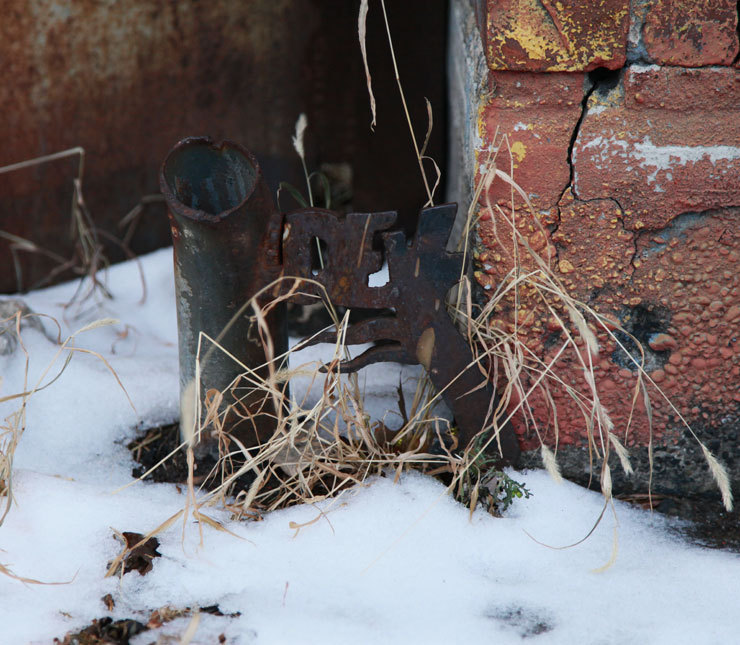 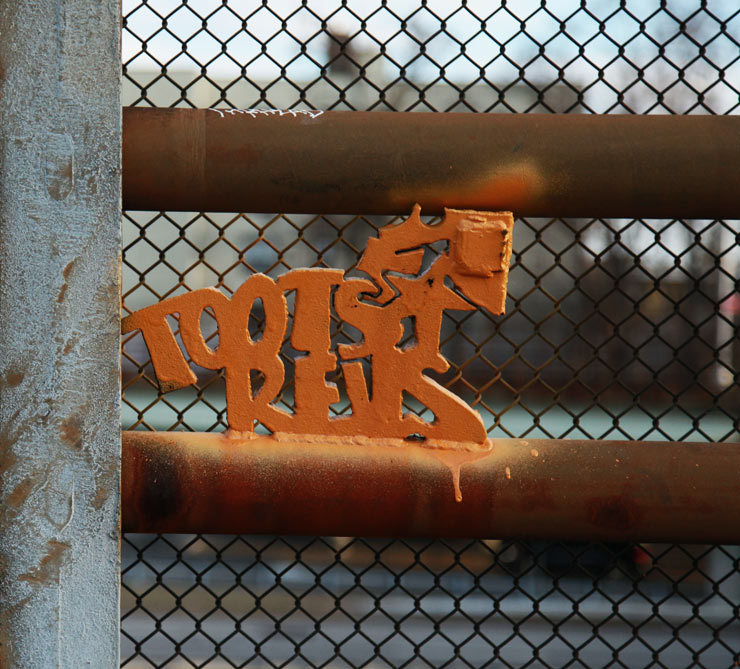 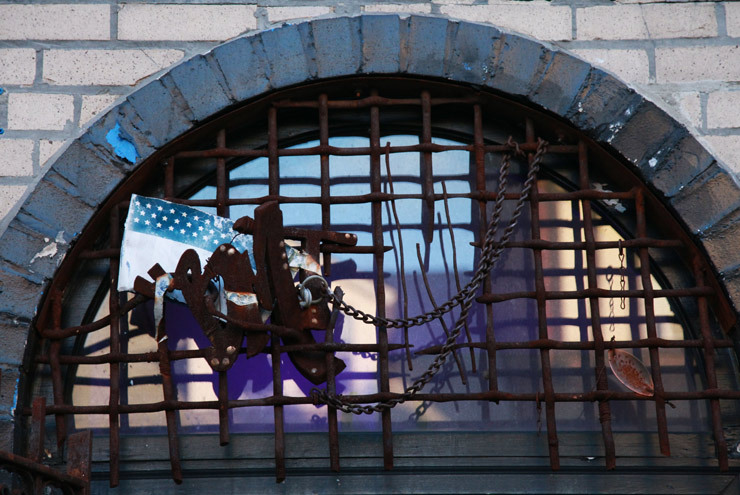