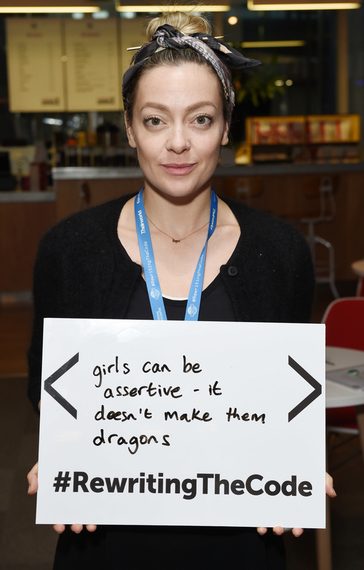 I recently went to an event held at Facebook. I should have been focused on the event itself, but in fact I was just fascinated and thrilled at being inside the actual physical universe of Facebook. It did not disappoint. There were copious beards and mustard tights and lashings and lashings of primary coloured communal work spaces and a beautiful coffee bar and a candy stand (free) and lots of people doing very clever things. With my eyes and interest still in the Facebook reception, I marched into the event and sat down. And thus I learnt about #RewritingTheCode.

I love their natty title for the campaign -- it beautifully covers the brilliant, forward thinking project of providing tech/code writing classes for girls in developing countries but also it references the need to change our perception of what women are and what we are capable of.

Last night I watched a video that made me watery eyed (in a cool way, obviously). It showed a young woman returning home, whilst conducting a work call and, as she unpacks the groceries and starts dinner and picks up clothes and puts on a wash, she is watched by her father who is sitting at the kitchen table. Throughout the film you can hear his narration, as he reflects on the example he has set her; that it is a woman's responsibility to keep the home running, to clean the clothes, to pick up the children's toys. Whilst her husband sits in the background watching telly, her father laments that he has set her up for this life of a frantic multitasking, unpaid maid. The young girl swooshes around the house like a whirling dervish but, having grown up with this example her whole life, she never stops to ask for help. Why would she? It's woman's work. At the end of the film her father promises to change his ways and help his own wife in the hope that this will help change the daughter's expectations.

I have experienced this myself. I have sometimes felt like an octopus; stirring pasta, folding clothes, answering homework questions, replying to work emails, feeling guilty about not returning a friend's phone call, fishing a toy out of the loo (big fav). But I am so grateful that we live in a society and at a time when this is being challenged. A woman's role is being rewritten and it's happening thick and fast. This can be as dramatic as girls being given access to education, having formerly not been thought worthy of the cost, and this can also be as subtle as a husband cooking the children's supper or changing the sheets. The small changes are as often as significant to an individual as the big, bold gestures.

I've just written a book called Letter to My Fanny. It's a collection of funny (I hope) stories of growing up and some pondering about being a woman in the 21st Century. It was a blissful opportunity to sit down (for at least 20 minutes) and think beyond my immediate experience of life. For most of my life I accepted that we're not allowed hair on our legs or lady garden, I accepted that we should feel so shameful about our periods that it's nothing short of a hellish nightmare to have a stain if the flow is strong with you on that particular day, I accepted that the credit card machine would be given to the man even if you've produced the plastic. I accepted these without question but actually, they all vexed me. Very subtly and very often. And so it was glorious to be able to sit and think about how I actually felt about them. And that's really 90% of the way towards change.

And that's why campaigns like #RewritingTheCode are so incredibly valuable. After the event I posted a picture of me holding a sign, saying "girls can be assertive -- it doesn't mean they're dragons" and there were so many amazing, passionate comments -- there is certainly no shortage of woman who have felt labelled as 'gobby' or 'bossy' for speaking up.

And just by hearing other women share this, it smashes through the accepted expectation. Knowing other women have experienced this makes me feel more confident to speak up, to share my opinion without feeling embarrassed or that I will be unladylike. It is a small moment that leads to a huge change. And in life I've realized that sometimes huge, grand, shouty gestures are required but often change comes about with the everyday minor adjustments. I'd love to write now but I'm off to teach my children how to fold laundry.

Cherry Healey is a television presenter, famous for her BBC3 documentaries covering topics including drinking, money, relationships, pregnancy and body image and also for her science & food documentaries on BBC1 and 2. 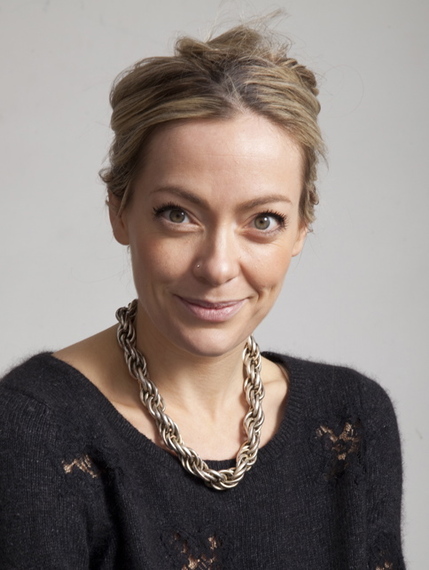