The World Wildlife Fund (WWF) has released upsetting images of a 15-day-old rhino who was orphaned after its mother was killed by poachers earlier this month.

The mother, Rhino 17, was translocated to India's Manas National Park in 2012 and was discovered dead with her horn and claws missing on April 3. She was the fourth rhino killed by poachers in the park over the past two years and the 16th in the Assam region, according to WWF. 18 rhinos have been translocated to Manas as part of a national support effort for the threatened animals.

Rhino horns are considered a cure-all medicine in parts of some Asian countries, spurring a vibrant black market.

Some radical measures have been deployed in the past few months in an attempt to curb the slaughter of rhinos for their horns. India announced plans earlier this week to deploy drones over a reserve to protect one-horned rhinos.

A suspected poacher was also killed in South Africa last month, where 188 rhinos have been killed this year. 633 rhinos were killed in the country alone in 2012.

Environmentalists have also started a program to inject poison and bright pink dye into live rhino's horns that would severely sicken anyone who consumed them. 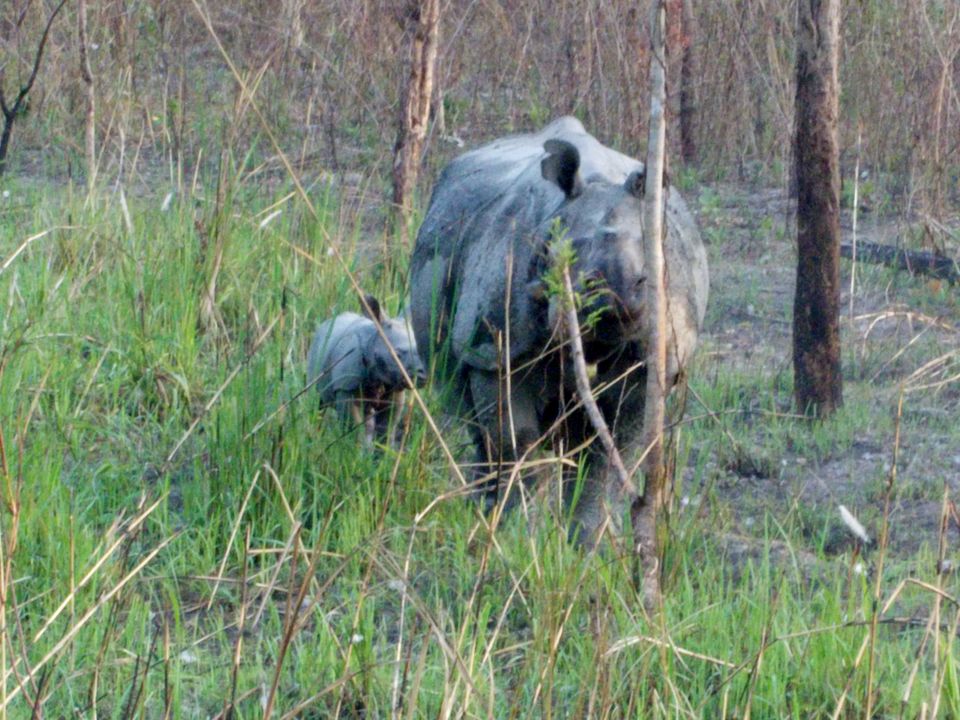