In the March 2012 edition of National Geographic Magazine, Peter Gwin examines the black market trade of rhino horns, a rare commodity coveted for use in traditional Asian medicines. The practice of hunting rhinos for their horns has decimated the population of several species, and laws to dissuade their hunting have led to organized crime circuits now slaughtering the animals; in some instances, even sawing off live animals' horns. From Peter Gwin's report:

AND SO GOES A NIGHT on the front lines of southern Africa's ruthless and murky rhino war, which since 2006 has seen more than a thousand rhinos slaughtered, some 22 poachers gunned down and more than 200 arrested last year in South Africa alone. At the bloody heart of this conflict is the rhino's horn, a prized ingredient in traditional Asian medicines. Though black market prices vary widely, as of last fall dealers in Vietnam quoted prices ranging from $33 to $133 a gram, which at the top end is double the price of gold and can exceed the price of cocaine.

Although the range of the two African species—the white rhino and its smaller cousin, the black rhino—has been reduced primarily to southern Africa and Kenya, their populations had shown encouraging improvement. In 2007 white rhinos numbered 17,470, while blacks had nearly doubled to 4,230 since the mid '90s.

For conservationists these numbers represented a triumph. In the 1970s and '80s, poaching had devastated the two species. Then China banned rhino horn from traditional medicine, and Yemen forbade its use for ceremonial dagger handles. All signs seemed to point to better days. But in 2008 the number of poached rhinos in South Africa shot up to 83, from just 13 in 2007. By 2010 the figure had soared to 333, followed by over 400 last year. Traffic, a wildlife trade monitoring network, found most of the horn trade now leads to Vietnam, a shift that coincided with a swell of rumors that a high-ranking Vietnamese official used rhino horn to cure his cancer.

The full article by Peter Gwin appears in the March 2012 edition of National Geographic magazine, on newsstands now.

See photos of rhino poaching below: 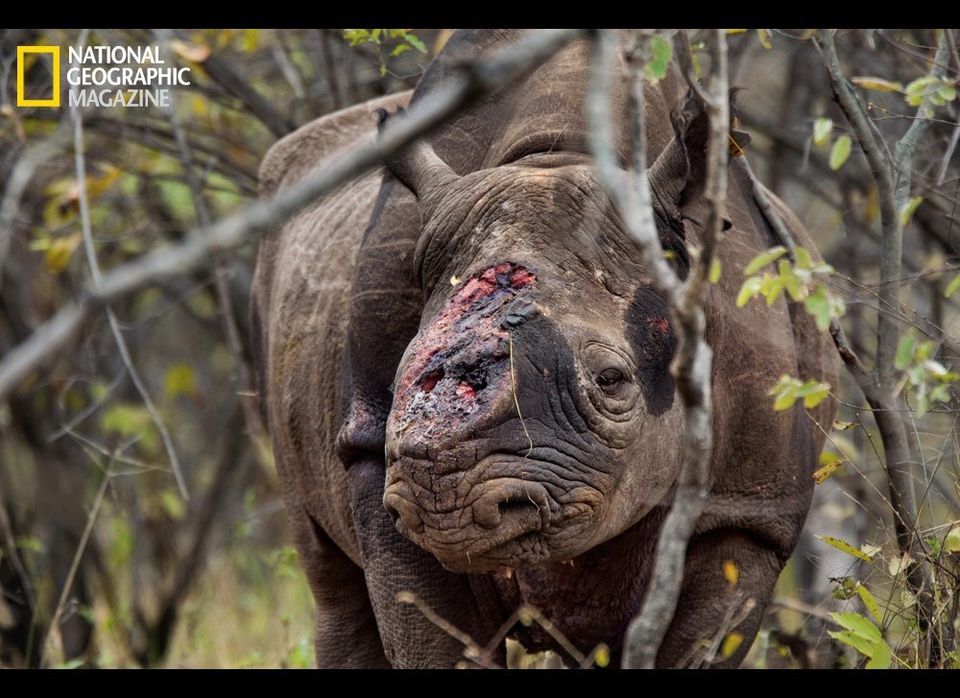 1 / 6
Game scouts found this black rhino bull wandering Zimbabwe's Savé Valley Conservancy after poachers shot it several times and hacked off both its horns. Veterinarians had to euthanize the animal because its shattered shoulder couldn't support its weight. In the past six years poachers have killed more than a thousand African rhinos for their horns, which are smuggled to Asia for use in traditional medicines. (©Brent Stirton/National Geographic)
National Geographic