The news that Louisiana television station KTBS fired meteorologist Rhonda Lee is getting a lot of folks ... well, fired up. Twitter is ablaze with outraged comments like "KTBS owes Rhonda Lee an apology & shld [sic] give her back her job!" and "sistah just can't win!!! Meteorologist fired for responding to ignorant posts." Online petitions are also starting to pop up in support of Lee.

Lee was terminated from her position at KTBS 3 News, an ABC affiliate in Shreveport, La., after responding to racially charged remarks about her short natural hairstyle. The exchange between Lee and a KTBS viewer happened back in October on KTBS 3 News’ Facebook page, where a viewer, Emmitt Vascocu, posted a comment that referred to Lee as the "black lady that does the news" and suggested that she should "wear a wig or grown some more hair." Lee responded to Vascocu's comment at length on the Facebook thread, saying, "I’m sorry you don’t like my ethnic hair. And no I don’t have cancer," Lee wrote. "I am very proud of my African-American ancestry which includes my hair. For your edification: traditionally our hair doesn’t grow downward. It grows upward."

In the end, Vascocu apologized to Lee via Facebook and reportedly called KTBS’s station manager to express his regret as well.

However, in the wake of all the publicity surrounding Lee's firing, KTBS has issued a statement making it clear that they do not typically comment on personal matters, but felt that due to the interest surrounding the issue, it has decided to speak out. Here is KTBS' official statement:

On November 28, 2012, KTBS dismissed two employees for repeated violation of the station’s written procedure. We can confirm that Rhonda Lee was one of the employees. Another employee was a white male reporter who was an eight year veteran of the station. The policy they violated provided a specific procedure for responding to viewer comments on the official KTBS Facebook page. Included is an email that was sent to all news department employees informing them of this procedure. This procedure is based on advice from national experts and commonly used by national broadcast and cable networks and local television stations across the country. Unfortunately, television personalities have long been subject to harsh criticism and negative viewer comments about their appearance and performance. If harsh viewer comments are posted on the station’s official website, there is a specific procedure to follow. Ms. Rhonda Lee was let go for repeatedly violating that procedure and after being warned multiple times of the consequences if her behavior continued. Rhonda Lee was not dismissed for her appearance or defending her appearance. She was fired for continuing to violate company procedure.

"I have yet to see this policy. Upon my termination I asked, 'Could I see it?' and I was told, 'No,'" Lee told CNN. "I pled for my job again just this past Friday and asked to see the policy and was told that there isn't anything written down."

While that may be true, KTBS provided O'Brien with an email that was issued to the staff on Aug. 30, 2012, that outlines how employees should respond to Facebook complaints from viewers. In short, employees are encouraged not to respond, but if they do, the "only proper response" is to provide the viewer with the contact info for a designated staffer that can help with any pressing issues.

Lee told CNN that she didn't see the email and feels as though she is being harshly punished for defending herself.

The station provided HuffPost with a copy of the email sent: 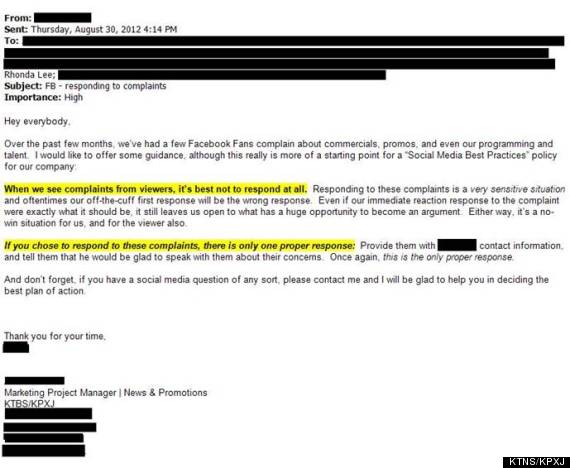 Rhonda Lee Fired: TV Station Responds To Meteorologist's Claim She Was Fired For Facebook Comments About Her Natural Hair
Stars With Natural Hair 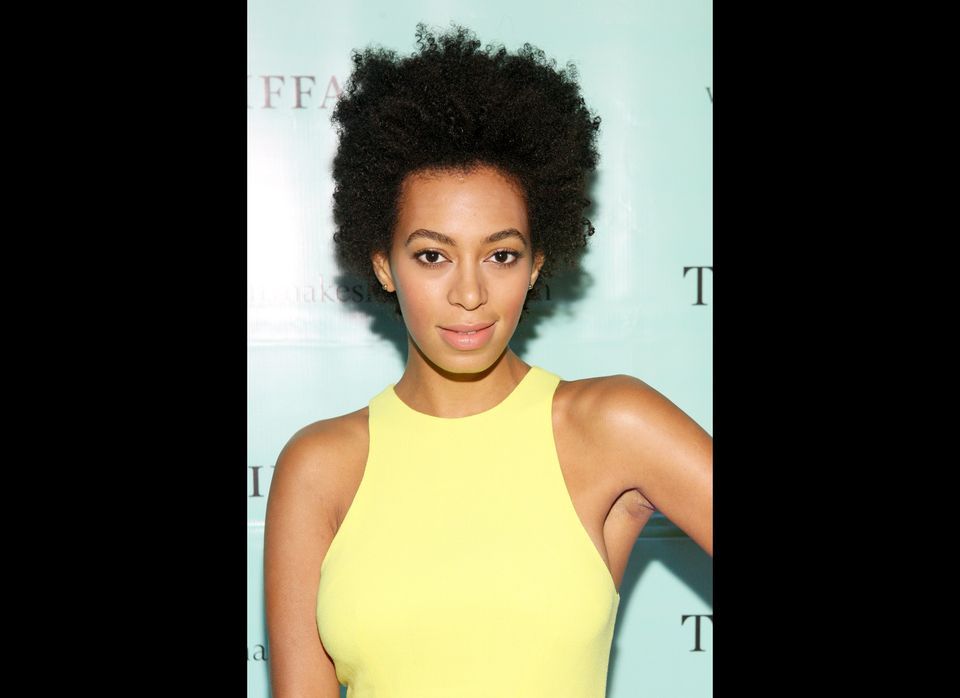