This article is dedicated in
the loving memory of my friend and inspiration,
Michael "Eyedea" Larsen. RIH 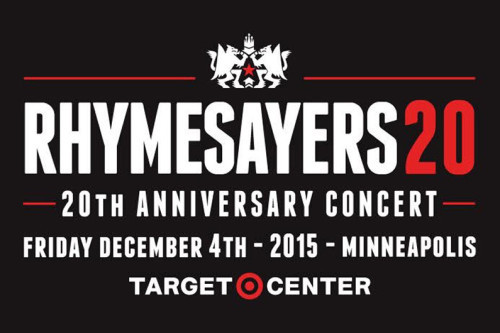 When it comes to music, the arts and entertainment, Minnesota is an overlooked gem. Although the state has historically been a hotbed of artistic creativity, producing some of the most influential and well-loved musicians and artists of our time (including but not limited to: Prince, The Time, Judy Garland, Bob Dylan, The Andrew Sisters, Soul Asylum and Jimmy Jam and Terry Lewis), most people only know Minnesota as the home of the 3M Corporation, the Mall of America and frigid winters. Over the last 20 years, local artists have made a concerted effort to shake that stigma in a most unconventional way. Instead of waiting to be scouted after relocating to places like New York or Los Angeles, artists in the Twin Cities began creating independent record labels and collectives that have stood the test of time.

True underground music fans know better than to discount Minnesota--resulting in many Twin Cities artists and groups developing a cult-like following from their fan base, both domestically and internationally. For the last two decades, artists like the Rhymesayers, Doomtree and Desdamona have toured all around the world, converting fans, and ushering them into a fold that adores our distinct brand of art. For those who are still questioning the validity and strength of the hip-hop scene in the Twin Cities, the Rhymesayers undeniably smashed all doubt with their 20th Anniversary Show held at Target Center in Minneapolis on December 4th, 2015.

The Rhymesayers label has become the international ambassador of Twin Cities hip-hop. Since 1995, they have consistently produced albums that have given underground hip-hop lovers exactly what they want: down-to-earth, real-life music that isn't centered around glamorizing the persona and bank accounts of the artists, but glorifies the art of hip-hop itself through the unique perspective of the artists. They are known for their consciously-crafted lyrics, thoughtful deliveries and distinctly Minnesotan annunciation.

For those who have been active in the scene for years, the Rhymesayers' victorious evening symbolized an achievement for our whole community. The challenge of filling the Target Center's ten-thousand plus seats with fans to see a 7-hour showcase of talent from a locally-based, independent record label that operates outside of Los Angeles or New York was a major feat, but one that was met fearlessly and gracefully by the Rhymesayers. What started as a small group of emcees and young businessmen has grown into a viable label that produces music that people love. Rhymesayers have put their money and motivation where their mouths are. They opened up Fifth Element, an independent hip-hop retail store, in 1999--which is still going strong to this day. After 20 years of direct focus, determination, and premeditated efforts toward a common goal, this team of extremely talented artists have solidified their place in hip-hop.

I have been working on an in-depth interview with Twin Cities Hip-Hop legend, Toki Wright, (who performed in the show and released his sophomore album A Different Mirror as a collaborative project between Rhymesayers and his entertainment company Soul Tools in 2009), and had the pleasure of speaking with him at the show. To his fan's delight, Wright made the roster for #Rhymesayers20 and symbolizes a milestone in his life as an artist as well. Wright had this to say about the significance of the reunion show:

Latimer: I see it is that tonight is a big pivotal moment for Twin Cities Hip-hop. How do you feel about being in this 20th Anniversary show? Does it mark something for you, personally?

Wright: Yeah! On one side, it marks that there's been an establishment of legitimate, urban music and art that has existed in this community for a long time and now there's another viable label that's recognized globally. But, sometimes people don't recognize how important things that are created here are until they are seen around the world. And now you have the appreciation back home. It's like a full-circle thing...

Latimer: ...I noticed that when when I saw you and Brother Ali perform [at the Troubadour in West Hollywood while I was living in California]...that was almost 10 years ago!

Latimer: yeah... I saw the reception when you guys came out [and was blown away]. Anytime I would tell someone [In Los Angeles] "Yeah, I know some of the Rhymesayers...I knew Eyedea or I know Toki Wright they were like, "Oh my God!". These are dudes from my neighborhood...and to hear that reception from people outside of the Twin Cities and then to be sitting in the Target Center right now with you...

Wright: It means something.

Latimer: Yes, it means something.

Watching the Rhymesayer's 20th Anniversary was a thrilling event, with each performance building the momentum for the next. Even though I enjoyed every single set, I was blown away with a few standout performances:

Los Nativos made a spectacular entry into their set with dancers in dressed in full, traditional Aztec garbs, paying homage to their Latin roots. Los Nativos continues to highlight the voices of Latinos in America--a voice that is often marginalized in both society and hip-hop. It was beautiful to see their culture, which is often underrepresented in Minnesota, being represented so proudly.

PROF's set was one of the most amusing, adorning the stage with inflatable dancing tube men as he cast pool toys and beach balls into the crowd.

Brother Ali stole the show, as expected, with his emotionally heartfelt spoken word poem entitled, "Dear Black Son" as he expressed his support of the #blacklivesmatter movement and his position against police brutality and racism.

The one aspect of the show that totally blew me away was the love and openness of the fans that attended. I almost felt like I was at a rave with way that you could feel a sense of love and family with the fans. People were coming up to me and just starting conversations, telling me about their lives, and how the Rhymesayer's music had shaped and touched their lives. I met people who drove hundreds of miles just to see the show. One fan told me he took the Greyhound 7 hours, by himself, on a pilgrimage to the event. This made me realize this was much bigger than music and on this night I was part of something much bigger. I was part of a family who was celebrating a special occasion.

Attending and writing about this event was harder than I expected. As a journalist, I am supposed to report about things objectively, but when it came to this show it was extremely hard to separate my emotions from my work. I went to high school with Michael Larsen--known to most as Eyedea or Oliver Hart, at Highland Park Senior High in Saint Paul in the late 90's. I was so excited to be at the show, but as I was going through the security clearance, I realized, "Mikey is not here tonight". It left my stomach sore and I couldn't stop thinking about his absence.

I transferred from a private school due to severe bullying just be become the outcast "new kid at school". I didn't have many friends. The bullying started again at my new school and I found few people I could relate to. I had an art class with Mikey and we became friends. We talked about our hopes for the future. We painted murals together. We shared rhymes. We shared dreams. The very first "epic" spoken word piece I ever wrote, I wrote in order to try to impress Mikey. It was entitled "Emcee Supreme", inspired by the greatness of his work. I used to joke with him to not forget about me when he became famous. I doubt he knew he was one of my only friends at school or that his words had shaped my life more than any other artist that I have known, but I never doubted that he would achieve greatness in his life. His kindness, humility and wisdom left an indelible mark on who I am and I wouldn't be at this point in my career as a writer--having traveled around the country and internationally reciting my poetry, or be writing this article on an international blog if it weren't for him. 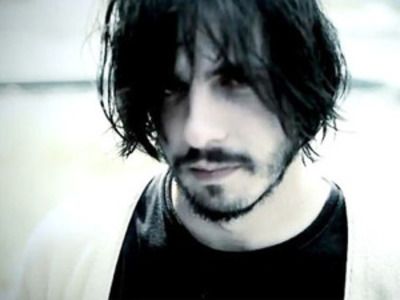 I found out Michael passed away on my way to work on the city bus in Los Angeles from reading an article in the Star Tribune on my phone. I broke down and cried right then and there. I felt like a part of me had died with him. I didn't get to attend any memorial services for Mikey, or the bench dedication in Cherokee Park in Saint Paul that was held a few years ago. His death has been an open wound that has never been fully healed. The most beautiful parts of the show were the dedications by DJ Abilities and Slug in honor of Mikey. I actually had to leave the arena during DJ Abilities set, because it was so overwhelming. To end this night that was nothing short of magical, Slug asked for the crowd to pull out their cellphones and put on their flashlights in memory of Eyedea. Tears rolled down my face as I grieved the loss of someone who was an integral part of who I am. 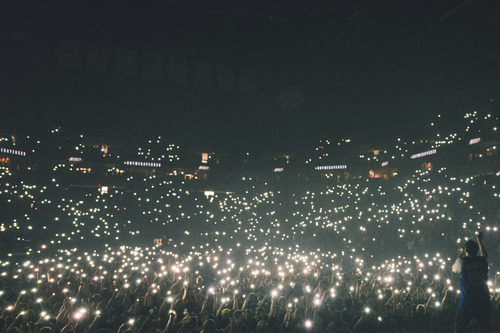 Photo courtesy of The Rhymesayers

The success story of the Rhymesayers is not just one of a record label, but one of a community of people striving to make sense of the world around them, crying out to make their presence known as they set their legacies in stone. It's the story of a few Saint Paul kids rapping in the hallways of their school while sharing their aspirations. It's a story of kids that had big dreams that are realizing them right in their own community. It's a story of emcees performing at dive bars to hungry audiences, even when they were barely making ends meet to buy themselves food. It's a victory for a place that has fought hard to rid itself of an undue stigma.

I hope that wherever Mikey is out in the cosmic sea, he has never forgotten about me--because I will never forget about him. As I looked around the Target Center, surrounded by thousands of lights, I felt some comfort because I knew Michael was there. All I could do is whisper to him,"You made it, Mikey. We made it..." as tears of grief and joy covered my face.

(Click Here to Read My Poem: Better Late Than Never in Honor of Michael "Eyedea" Larsen) 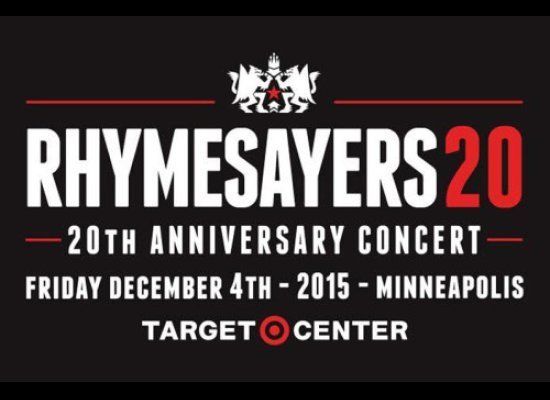