Lottery winners, athletes and other instant millionaires, who haven't adopted the strategies of the wealthy, often find themselves broke within a few years of their windfall. Meanwhile, many European royals and American aristocrats preserve their estates through the centuries. What do the wealthy know that you don't?

Here are 10 ways that rich people think differently than you do.

1. Rich people don't put their money in jars. 2. Rich people think about earning money before paying bills. 3. Protecting your principal is paramount. 4. Take advantage of free money. 5. Compound gains at 10 percent. 6. Stop making everyone else rich. 7. Self-insure. 8. You're the CEO; Your CFP works for you. 9. Throwing money at problems is the wrong answer. 10. Tax strategies.

And here are the two cents on the details...

1. Rich people don't put their money in jars. Rich people deposit their money into as many tax-protected and financial-predator-proof, protected accounts as possible. Why? To reduce their tax burden. To compound their gains at a lower (or free) tax rate. To prevent their own hands from dipping into the jar. And to ensure that if anyone in the family has a lawsuit, the estate is protected from any judgment. (In the U.S., your retirement plans are protected from everyone and everything. That's how O.J. Simpson played golf and lived in a beautiful home in Florida, even when he owed $33 million to the Goldman family and hadn't paid a cent to them.)

2. Rich people think about earning money before paying bills. Do you worry about your bills incessantly? If you were to add up the amount of time you spend earning income, and thinking of ways to increase your passive and active earned income, would it dwarf the amount of time that you spend worrying about bills and worrying about the economy? Or does fear give you paralysis by over-analysis -- keeping you from doing anything to improve your situation? Do you look for solutions to your challenges, educate yourself on how to improve your earning potential (in both passive and active income) and get smart about protecting your assets?

3. Protecting your principal is paramount. Wealthy people lease their real estate instead of selling it. They preserve their capital instead of "reaching for yield." They don't lend money to people who have no hope of paying it back. And, they base their annual budget on the returns they make on their investments, rather than depleting their retirement accounts and trusts to pay down their mortgage and credit card debt.

4. Take advantage of free money. When you can borrow in the low single digits, that is almost free money. Instead of paying off your home or all of your student loans early, start focusing on reducing the interest to four percent or lower and compounding your investment gains at 10 percent or higher. The power of compounding is why you need to save and invest now, even if you have debt, and why you should think about ROI before paying everything off. Remember. If you deposit 10 percent of your income into a tax-protected retirement account, and that earns a 10 percent annualized gain, you'll have more money than you earn within seven years, and your money will make more than you do within 25 years. 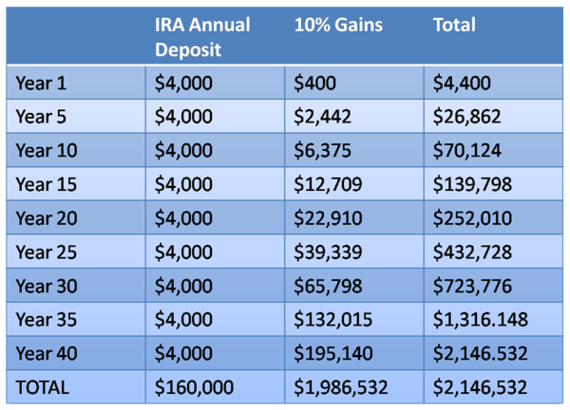 5. Compound gains at 10 percent. I had a friend who had a windfall of a million dollars. She wanted to pay off $100,000 in debt and then learn how to invest the rest. I said, "Why do you want to go from being a millionaire to a thousandaire?" Rich people think about paying off $100,000 debt with the 10 percent interest that they will earn on a million dollars -- in one year. Check out the chart below, which shows clearly that 10 percent is exactly what stocks and bonds have done over the 30-year period. 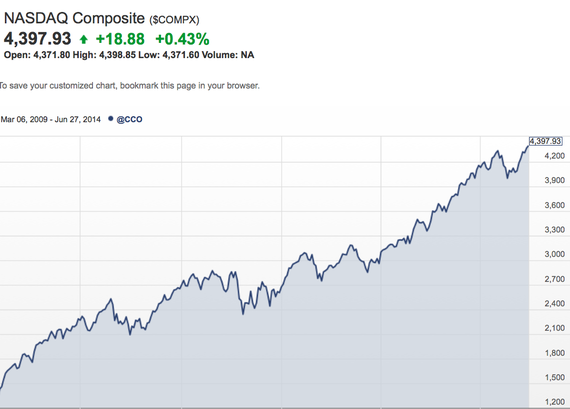 6. Stop making everyone else rich. Most people buy a car, get a job, get a home, get insurance, turn up the air conditioning and run out of money before the end of the month. You might think that rich people just have it easier because they have more money. However, the truth is that anyone can live a richer life if they start thinking more strategically. Healthy people can cut their health insurance in half with a Health Savings Account and a high deductible health insurance plan. Commuters can slash their gasoline bills by riding a bike or buying a hybrid or an electric car. Everyone can save (up to 90 percent) on their energy bills with a few smart, low cost conservation tricks.

7. Self-Insure. Are your life insurance payments killing your budget? Is your annuity really as safe as you have been led to believe? Most of us, outside of the few unlucky who will die early, can build up a far more secure future by having a solid investment plan, an informed will and tax-protected retirement accounts than we can by making the insurance companies rich. 8. You're the CEO; Your CFP works for you. Rich people hire specialists and hold them accountable. Do you consider your CFP and CPA your friends? Or are you the CEO of your life, hiring financial experts to work for you? Do your CPA and CFP provide you with a rationale for their investing strategy and quarterly reports on their returns?

9. Throwing money at problems is the wrong answer. Rather than thinking money can solve all of the problems of friends and family, legacy wealth understands that writing a check is rarely the right answer. In The Queen of Versailles, Jackie Siegel gives thousands of dollars to a friend to try and save her home from foreclosure. The bank happily took the money and then just foreclosed on the home a few months later. So, who was Jackie really helping? Her friend, or the bank? If Jackie really wanted to help, she would have helped her friend design a better life plan, rather than giving her a few months extension on something that was bound to fail.

10. Tax strategies. By now you have heard that Warren Buffett and Mitt Romney pay less in taxes (on a percentage basis) than their secretaries. How? Long-term capital gains are taxed at 20 percent, or lower in some cases, including no capital gains in qualified retirement accounts. So, if you're earning every penny you make, and getting taxed above 20 percent, then you are definitely working too hard. It's time to learn how to make money while you sleep.

The Best Advice I Ever Got
More:
wealthstocksMoneyWarren Buffettroyal family

No, Joining An MLM Does Not Make You A ‘Small Business Owner’