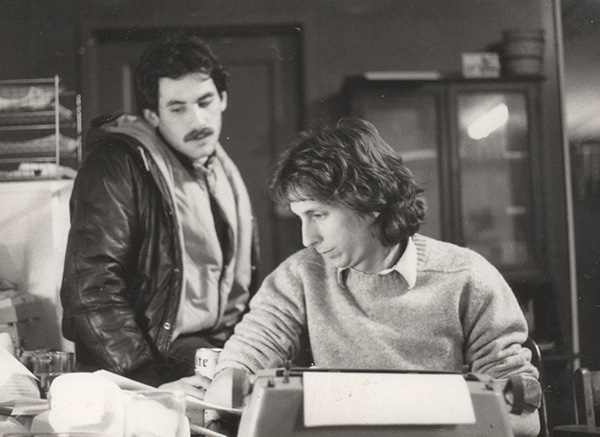 Richard Berkowitz and Michael Callen writing How to Have Sex in an Epidemic. Mr. Berkowitz is on the left, and Mr. Callen is at the typewriter.

How to Have Sex in an Epidemic is, for me, the gay Magna Carta. A sex-positive manifesto written in 1983, it established the specific risks of bottoming and the need for condom use before HIV had been identified. It encouraged gay men to continue having sex despite what was then an emerging health crisis, and by doing so it promised to break the assumed link between gay sex and disease once and for all.

Its authors are the scandalously unsung heroes Richard Berkowitz and Michael Callen, who are pictured above working on How to Have Sex in an Epidemic, and their doctor, Joseph Sonnabend, M.D. The trio collaborated closely on every word in the booklet, each bringing his individual perspective and experience. Mr. Callen was an actor, singer and writer who appeared in Philadelphia and Zero Patience, and the author of the book Surviving AIDS. He passed away in December 1993. The documentary Sex Positive looks at the life of Mr. Berkowitz, a writer and former sex worker and the author of Stayin' Alive: The Invention of Safe Sex.

Mr. Berkowitz continues to tour and speak about HIV/AIDS and Sex Positive, and, needless to say, it was a great honor when he took time to speak with me in early January.

Mark Adnum: The gay culture we have -- and occasionally even love -- grew out of a rejection of the pre-Stonewall medical model, the darkness of the 1950s when gay men were encouraged to see a doctor before they acted on their dangerous desires. Half a century down the track and, bizarrely, everything old is new again, with some guys embracing the idea that gay sex can only be healthy for them if they follow a course of medication beforehand. What's your take on the PrEP fad?

Richard Berkowitz: PrEP should only be an issue for those who can't or won't use condoms, but I'm concerned that's not how it's being marketed in the U.S.
From what I've read, no one really knows what will be the long-term effects of using the drug Truvada as PrEP in the way it's being proposed. As many who take Truvada to treat their HIV know, it can have adverse side effects on the kidneys and bones, risks worth taking to prevent dying from AIDS, but the question is: Are they risks worth taking for condomless sex? Maybe in time PrEP will turn out to have more benefits than risks, but we don't yet have enough long-term experience to justify the level of confidence we're seeing in the promotion of it.

We should also be aware of the enormous profits that can be made from PrEP. Many doctors and even advocates have financial arrangements with pharmaceutical companies; they have glaring conflicts of interest, which gives me pause with regard to their promotion of PrEP. They may believe in what they're doing, but you can't avoid the fact that they receive money from the drug companies that stand to profit from their recommendations. However, as a harm reduction measure, like providing clean needles, we should support the guys who are convinced they need to go down this path. I do.

Adnum: Well, also, I've never really understood why all the other merits of using condoms go unpromoted. It's as if safe sex only has one purpose, preventing transmission of HIV, but it's about so much more than that.

Berkowitz: Exactly! As we wrote in How to Have Sex in an Epidemic, safe sex is about more than preventing AIDS. The promotion of PrEP conveniently overlooks all the other sexually transmitted viruses and infections, like primary syphilis, herpes, chlamydia, gonorrhea, non-specific urethritis, CMV, etc., that PrEP does nothing to protect you from, but which condoms often can.

Yes, condoms can come off or break, and you take a certain risk with that, but when used properly, or in the case of coitus interruptus with a condom, those risks can be minimized in ways that are in our control. So unless the promotion of PrEP goes with the promotion of safe-sex practices, then it actually threatens to undermine safe sex.

Adnum: And, in doing so, throws the baby out with the bathwater. But what I was getting at was that, despite what so many pro-barebackers continue to harp on about, condom use can actually encourage less anonymity, more intimacy and a sense of mutual responsibility, and, most importantly to me, endorse the idea that gay sex does not have to mean disease.

Berkowitz: You're quite right. You've touched on an important point. People have said that condoms are a barrier to intimacy, but on the contrary they enable intimacy by freeing people from the risk of a life-changing infection. By removing the threat of transmitting HIV, condoms can actually enhance intimacy.

But many have sex for different reasons and in a variety of circumstances, and we should acknowledge that safe sex isn't always wonderful or easy; it just is what we still have to do.

Adnum: Doing it "raw" doesn't really interest me. I do like swallowing loads in my mouth, though, so I suppose I can half-relate to the whole barebacking thing. Do you relate to it?

Berkowitz: Not really. I'm the product of a very different era. I've had friends in suburban New Jersey since the prehistoric 1970s that never stopped swallowing but never got fucked, and they're all still negative. Theoretically, the stomach acids will kill almost anything, and it also doesn't get into the bloodstream.

Adnum: What did you think of How to Survive a Plague?

Berkowitz: ACT UP played an immensely important role in the lives of people affected by HIV. It gave many people a sense that they had the power to influence their destiny, and How to Survive a Plague captured that.

However, I'm sad that there was no clear acknowledgement by the film of the efforts of so many in the years before 1987, when ACT UP started. For example, the Denver Principles, which formed the foundation of the PWA self-empowerment movement, are mentioned in the movie, but no reference is made to their origins. The Denver Principles were crafted by a group of early activists in June 1983, before ACT UP began. You can learn more about it on my website.

Adnum: In mid-2011 Barbra Streisand proclaimed that she would no longer endure Larry Kramer's outbursts over their failed film adaptation of The Normal Heart. Most people would never be seen or heard from again after such a decree from Barbra, but less than a month later, there Larry was onstage at the Tony Awards, beaming and triumphant after The Normal Heart won Best Revival of a Play. Larry really keeps on keeping on. What's your relationship with him?

Berkowitz: Larry and I get along. When we argued on CNN in 1983, it was because he had asked me not to talk about gay men and "promiscuity" on national TV, and I felt I had to. I was still trying to figure out what, if anything, safe sex was -- that maybe we could actually stop AIDS through sex instead of running away from it.

In his Cooper Union speech Larry said that he always knew promiscuity was the central problem when AIDS began; in Sex Positive he said that we couldn't talk about it because people "wouldn't have sympathy." But Michael Callen and I felt that gay men at risk needed to be warned, not just about AIDS, which Larry was doing, but about sex, which Callen and I were pilloried for doing.

From the start, any suggestion that many urban gay men's prodigious sex in the 1970s played any role in the development of AIDS was the third rail of AIDS politics. Callen and I knew it was politically dangerous, but we confronted it head-on in our writing. I'm glad we did, because it led us right to safe sex. We made mistakes, like dismissing that there was a new virus, but at least we figured out very early that it was the recipient of anal sex that we needed to warn -- and that we needed to celebrate. That was radical for its time, almost two years before HIV was discovered. And in many parts of the U.S., it's still radical today.

Adnum: Mr. Berkowitz, you're a hero and a champion. Thank you, and Mr. Callen in his absence, too. How would you appraise your legacy?

Berkowitz: I'm not dead yet, so I still have time to keep tarnishing it. Honestly, before AIDS, I agreed with almost everything about LGBT politics. Since AIDS, I haven't agreed with much, but I've learned to be nicer, to nod politely and go back to my writing.

I was part of the mass migration of gay men who came out amid the sexual exuberance of the 1970s and migrated to cities. Some just wanted a place where they didn't have to live in the closet; others, like me, also came because cities seemed hospitable to artists and radicals. For me the idea of living a normal life felt like death, and I was thrilled to find other gay men who felt the same way. I loved being a writer and a sex worker, but once AIDS began, community decisions were made that deemed people like me bad for fundraising. Can you imagine an S/M sex worker in one of those "I Am the Face of AIDS" campaigns? God forbid! It's more like, "Here, take these pills and go shut up."

The future may be kinder to the collaboration I was part of than the past has been. For me it always felt better to admit my mistakes than to worry about my legacy. What's important to me is knowing that I did my best. I've loved my life. I didn't care what others thought while I was living it, so why would I after I'm gone? 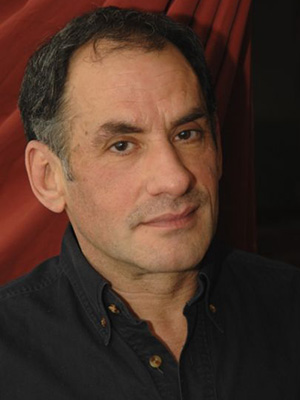 But safe sex is another story. This May marks the 30th anniversary of How to Have Sex in an Epidemic, but you won't see it noted or celebrated. It wasn't mentioned anywhere in the gay or AIDS press on the 20th or 25th anniversary. The 30th is sure to be the same.

How to Have Sex in an Epidemic was more conservative than it needed to be. It basically said that all safe sex means for a gay man is "don't get sperm inside your rectum when you don't know your partner's status." There was never any reason in the U.S. to waste millions of dollars trying to fool people into thinking that we are all equally at risk. Now, after 30 years, even the CDC has admitted that gay men have disproportionately born the brunt of AIDS all over the world.

One day AIDS history will be more nuanced than a tale of the good and the bad. History never stops being rewritten or debated. I'm at peace with that.

You can read the original How to Have Sex in an Epidemic booklet in its entirety here.