Billionaire businessman and noted thrill-seeker Richard Branson became a human bowling ball on Wednesday night as part of a stunt during a game between the Chicago Bulls and Atlanta Hawks.

Branson, who was in the Windy City for the opening of his first Virgin Hotel, allowed Benny the Bull to put him into a slingshot contraption: 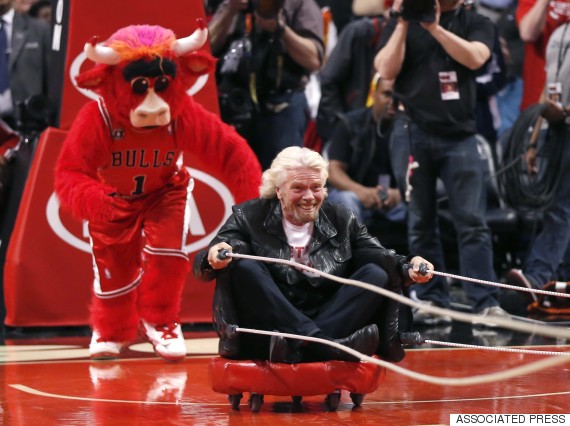 Branson was launched at a set of oversized pins: 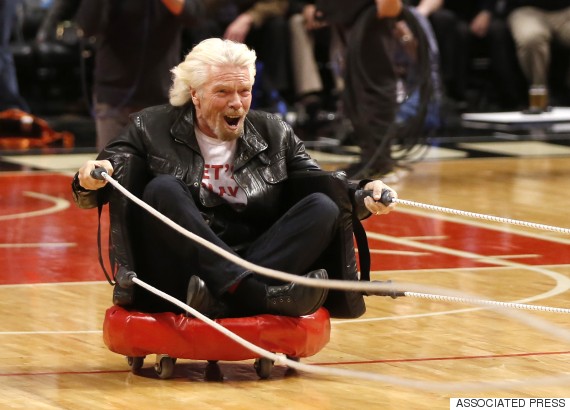 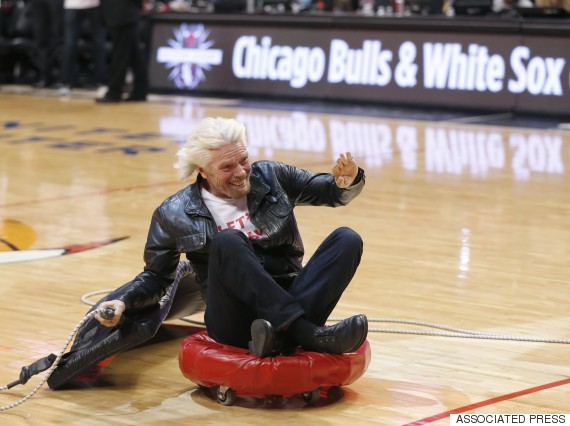 And managed to knock down two of the six pins: 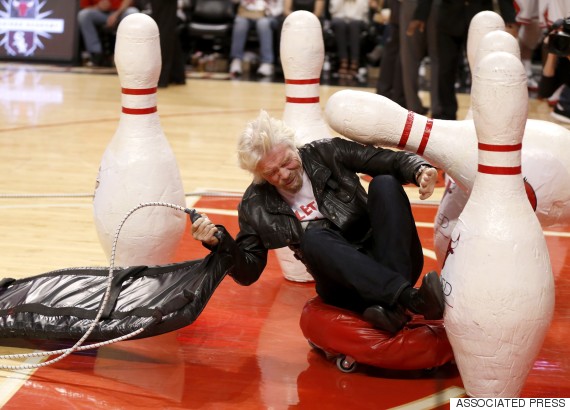 Branson hit a foam wall on the other side, then came up smiling and waving to the crowd: 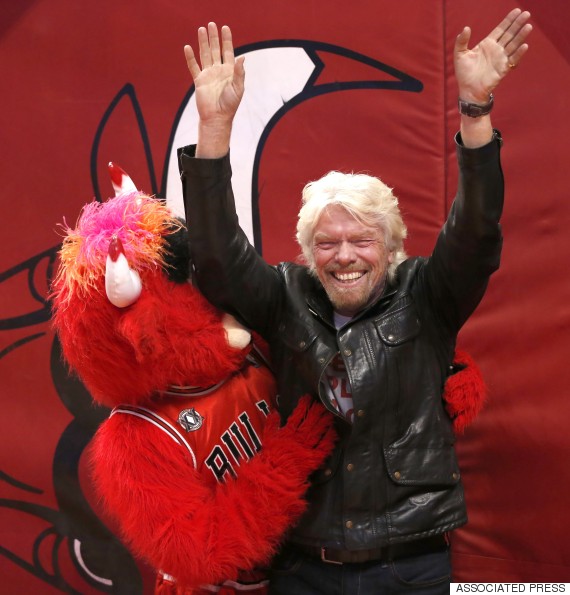 "Glad he's walking away there," one of the announcers joked after mentioning that Branson declined a safety helmet for the stunt. "That could've been ugly."

The NBA playoffs get under way this weekend, with Chicago taking on the Milwaukee Bucks on Saturday and the Hawks facing the New Jersey Nets on Sunday. 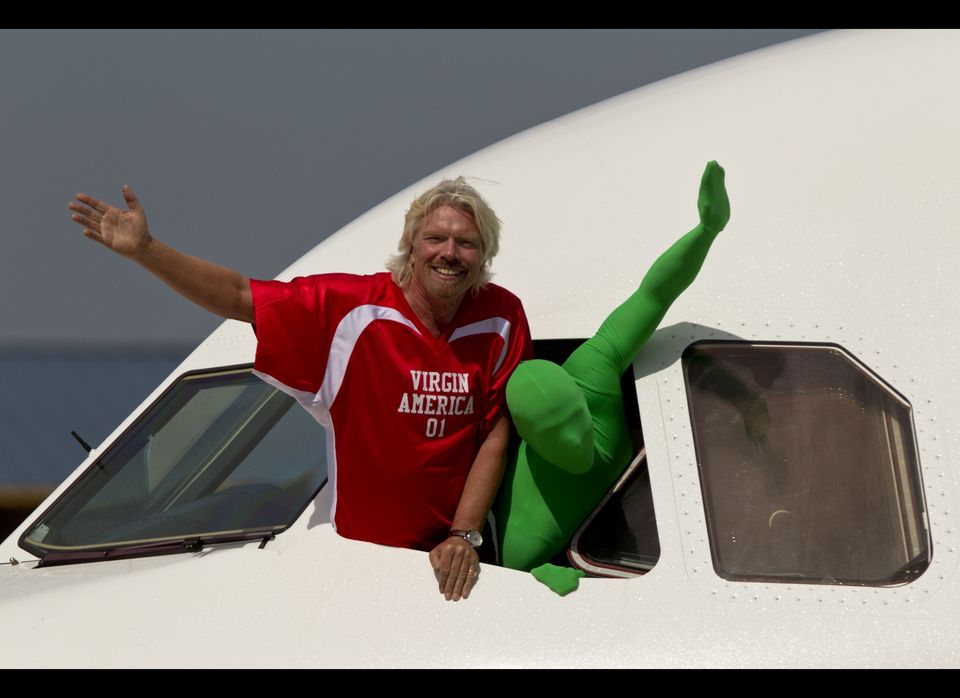 1 / 24
Sir Richard Branson accompanied by Green Man from the TV show "It's Always Sunny In Philadelphia" waves during a ceremony marking the arrival of a Virgin America aircraft at Philadelphia International Airport Wednesday, April 4, 2012, in Philadelphia. The event marks the airline's first commercial flight to Philadelphia. (AP Photo/Matt Rourke)