Have you been wondering what the illustrious Richard Butler of the Psychedelic Furs has been up to lately?

Fans probably know that the New Wave sextet reunited for some aughties touring, bringing the "Pretty in Pink" gang back together again after their 1990 split. But we're interested in Butler off the stage and on the canvas. An exhibit at Freight + Volume in New York, titled "ahatfulofrain," is showcasing the latest batch of Butler's soft, dreamy paintings. 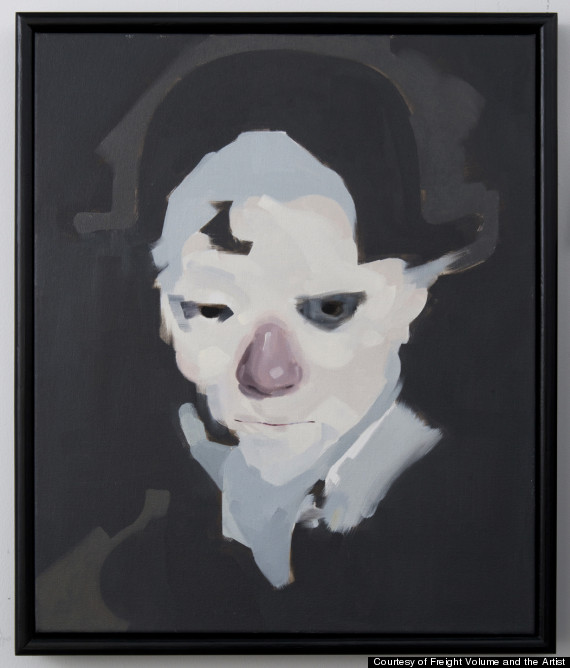 Unlike the Ronnie Woods and Bob Dylans of the music-to-art crossover world, Butler actually has real talent for creating captivating artwork, most of which is based on the image of his daughter. "She has become a cipher for me, an every man/woman."

Occupied by his familiar female face, the portraits on view feature heavy swaths of muted tones and neatly patch-worked brushstrokes reminiscent of Francis Bacon's figures. Floating heads are surrounded in twinkling lights and bowler-capped women are outfitted with mime-like make-up, accompanied by jumbled titles like "thelastauguriesofjuanitadelacruz" or "whenisaidiwassorryilied."

It's a curious universe that's ultimately intriguing; eye-catching for Butler's attraction to bizarre, listless characters. Scroll through the images below for a better taste of "ahatfulofrain" and let us know what you think of the works in the comments.

Artspretty in pink
Go To Homepage