At an international conference of ideas in Mexico a few years ago, Richard Dawkins, having expounded at length on evolution and how sexual natural selection explains life on Earth without any need for a "creator," went on to say, "And I am sure that something like the principle of natural selection operates in the physical universe as well."

When I heard this, I closed my eyes. And in my mind's eye I saw this big, handsome planet named Jack, and Jack is just cruisin' along in his orbit when he sees this really cute planet named Diane. Now Diane -- she's no average, round planet. She has this amazing hourglass figure. And she has some trees on her, and a bush: life! If not quite sentient yet, not quite intelligent life, at least it's something that could evolve -- if only she could find the right mate. And Jack -- well, he's no boring planet either. He has some oxygen-making bacteria proliferating in his equatorial regions. And did I mention that Jack is well hung?

To make a long story short, they mate, and she gives birth to Earth, a planet now perfectly suited -- by its evolutionary history, being the progeny of two very attractive, highly adapted planets, all of it happening through the marvelous process of natural selection -- for intelligent life to start. And that's how Dawkins' "something like natural selection" brings us a planet capable of supporting advanced life, and intelligence, and famous scientists giving talks at conferences explaining to the general public how and where we all came from. 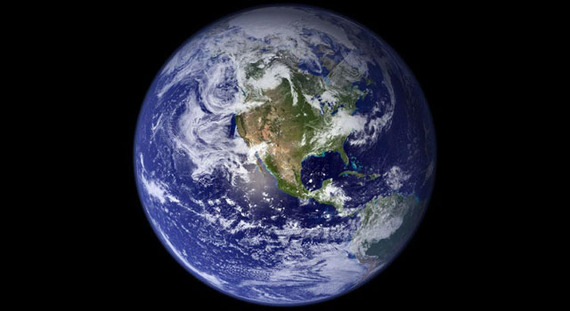 Sounds totally silly? Well, there's more to it: a huge irony. Dawkins was here to take part in a debate called "Does the Universe Have a Purpose?" And philosophically, his claim that natural selection is what brings into being a planet that can support intelligent life is, in fact, completely opposite of the position he took at the debate, namely that there is no purpose at all to our universe. How so?

To see the irony, it's important to understand what evolution does. Forget my facetious example: We know that all life evolved here on Earth. So what Dawkins is really hypothesizing amounts to some kind of cosmic evolutionary principle that gives us a planet that can, on its own, create bacteria, and then trees and bushes, and fish and amphibians and reptiles and birds and mammals and Homo sapiens (sometimes intelligent, sometimes not so intelligent). His idea is that -- cosmically -- there is something that, through some kind of natural selection, tends to favor life.

But evolution only works when you already have a living system. When you have living organisms, as Darwin demonstrated so brilliantly in 1859, those that are best adapted to their environment will be the ones that will breed preferentially more successfully than those that are less well-adapted. Their young will tend to be even better-suited to the environment and will thrive, and when they breed, their descendants will in turn continue on this trend of greater adaptation and better success in breeding, leading to yet improved offspring. And natural selection is the principle by which nature "chooses" the best-adapted individuals and endows them with the best breeding possibilities; thus they are the ones who propagate their genes best. The fittest survive, thrive and procreate.

The only way that such a principle could reign in the physical universe would be if success with respect to life is the criterion for selection to "breed" -- whatever "breeding" might mean in the cold, dark, unfriendly cosmos outside our hospitable planet, dominated by stars, asteroids, neutron stars, gamma-ray bursts, supernovas, and black holes. Leaving out how something like sexual selection might work with such inanimate objects as stars and planets, life itself, and consciousness and intelligence, will have to confer on a planet an advantage for success in the universe for this scheme to work. Simply put, it means that a star or a planet is better off in the universe if it leads to the evolution of intelligent life. This requirement is, of course, absurd, for what kind of advantage, in the cosmic scheme of things, do people give Earth as compared, for example, with the planet in orbit around the star 51 Pegasi (the first exoplanet ever discovered, in 1995)? Clearly we, as a civilization, do not at all "help" a planet be "successful" in the world of planets, so that other planets would want to breed with Earth to make daughter planets that are even more well-adapted to their cosmic environment? So the only way a person could think that people somehow make planets "better" is if that person believes that people -- for some mysterious reason -- are the purpose of the universe. 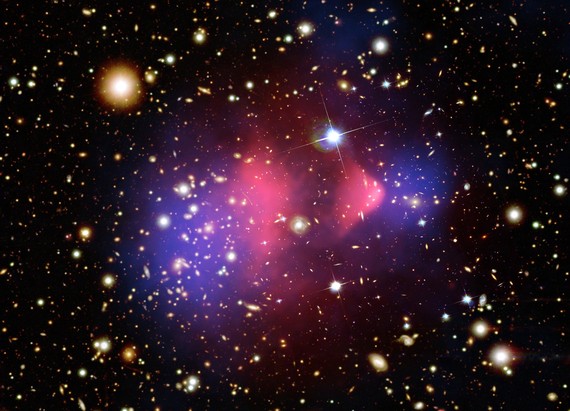 But Dawkins didn't really invent this idea. The "cosmological natural selection" notion (also called the "fecund universes hypothesis") came from Lee Smolin. And Smolin, a prolific cosmologist, formulated this conjecture about the multiverse, not our universe. How does this principle work?

It turns out, according to new theories, that black holes might be gateways to other universes. So Smolin asked himself: What are these "progeny" universes like? They could be similar to the parent universe, or they might be slightly different, with some statistical mutations. Could it be, he further wondered, that universes that are more likely to give rise to life would also be more likely to produce black holes, and thus universes would "evolve" more and more toward ours?

This would mean that our highly finely tuned universe is not random but the norm in the multiverse, because universes evolve in that direction because the more well-adapted-to-life universes are indeed the ones to spawn more black holes, hence more daughter universes. Well, this is an intriguing idea, but it has been questioned by other cosmologists. However, others have found this idea appealing and, following in Dawkins' own footsteps (specifically his 1976 book, The Selfish Gene), have proposed a kind of "selfish universe" that wants to propagate itself within the multiverse because it wants to continue to support life and intelligence. This is called the selfish biocosm hypothesis. These models are all highly anthropic: They try to explain nature from a point of view that starts with the observer (us), and in which the existence of the observer -- and conditions that make this existence possible -- plays the key role. It is difficult to follow such reasoning to its conclusion without assuming, therefore, that black holes and people have a lot in common -- and that the existence of people somehow (indirectly, through cosmic parameters that might favor both) encourages the production of black holes. So we people really do help black holes... but try not to fall into one!