Richard Gere received blessings from the Dalai Lama at Mahabodhi temple in Bodh Gaya on Friday. An AP photographer was there and according to the AP's caption, it happened at Mahabodhi temple and "Bodh Gaya is the town where Prince Siddhartha Gautama attained enlightenment after intense meditation and became the Buddha."

Gere, a longtime Buddhist and friend of the Dalai Lama, was in India last week at a 5-day Dalai Lama teaching session organized "on the occasion of the the seven-day Geluk Monlam Puja at Mahabodhi Mahavihara" according to Indian press. It ended Saturday. 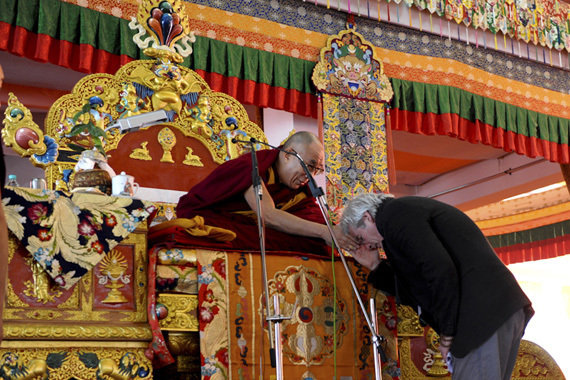 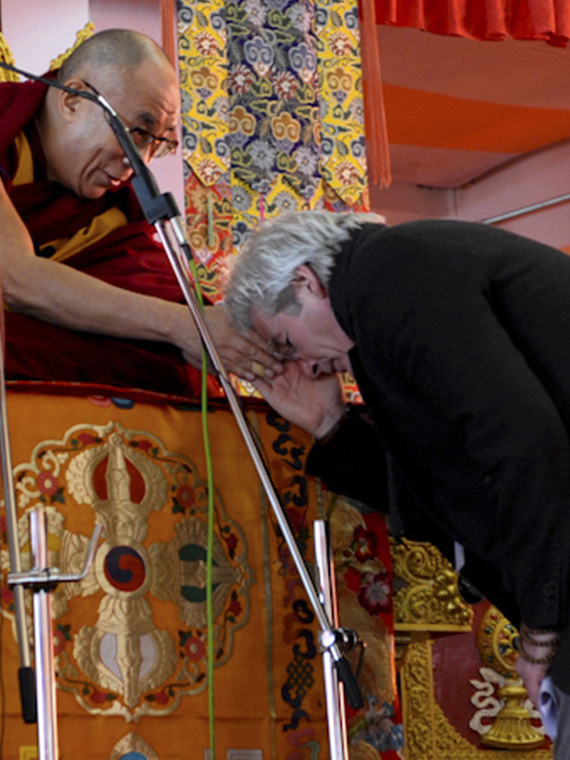 And at lecture given by the Dalai Lama on Wednesday: 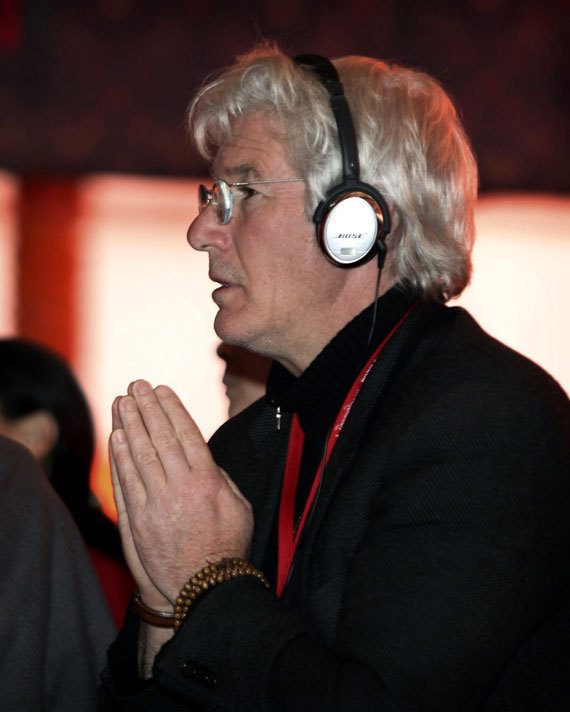