Sources tell NBC New York the indictment will be unsealed Wednesday, at which point Haste is expected turn himself in.

Security footage from the February incident shows 18-year-old Ramarley Graham entering his grandmother's home and police following him shortly thereafter. Cops said they had witnessed Graham participate in a drug deal and thought he had a gun. They illegally entered the home without a search warrant.

Inside the home Graham went into the bathroom, where he may have been trying to flush some marijuana down the toilet, when Haste fired one shot and killed the teen.

Police Commissioner Ray Kelly, whose department initially said there had been a struggle with Graham before the gun fired (there was not), later met with the family to express his sympathies.

The officers involved were stripped of their guns and put on restrictive duty. Haste is the only one to face charges.

The Bronx DA's office, ABC reports, determined that Haste did not follow procedure during the incident, and then broke the law when he fired his weapon.

Patrick J. Lynch, President of The Patrolmen's Benevolent Association, disagrees. "We look forward to a complete review of the facts in this case which will demonstrate that this police officer believed that he was pursuing an armed felon who bolted rather than be caught with an illegal gun," he told ABC news. "Several members of the officer's team had confirmed the presence of a gun and that constituted a grave danger to the officers and the community. We believe that this officer will be exonerated at trial."

Traditionally high tensions between the Bronx black community and the NYPD have continued to escalate since Graham's's death. At a rally shortly after the tragedy, where protesters chanted, "NYPD: KKK," Ramarley's sister, Leona Virgo, told reporters, "This is not just about Ramarley. This is about all young black men."

In March, Graham's family promised to hold rallies every week for 18 weeks to demand justice. Graham’s father, Franclot Graham, said at the time, “there’s not a day [that] goes by that I don’t cry," adding, “All we want for our son is justice.”

If convicted, Haste could face up to 25 years in prison. 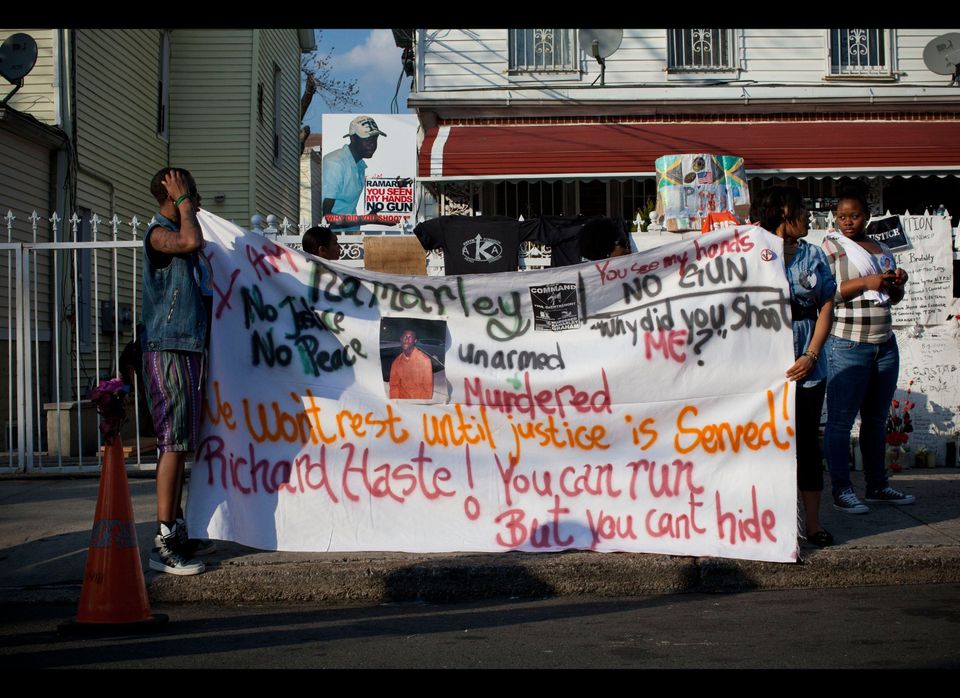