Archaeologists recently cracked open a mysterious "coffin-within-a-coffin" found just yards from the grave of King Richard III in Leicester, England -- and they were surprised at what they discovered inside.

The lead coffin -- encased within a larger limestone coffin found at the Grey Friars church dig site -- was initially thought to hold the remains of a knight or friar. Instead, the coffin contained a skeleton that belonged to a 60-something woman.

Who was this mystery woman? The coffin's location in a prominent part of the Grey Friars church, along with the fact that a chemical analysis of her bones revealed evidence of a protein-rich diet, suggest that she was a wealthy, high-status member of the church.

"[The woman] is probably going to be an important benefactor of the friary, it could even be the founder, so we were really excited about examining this one in greater detail," Matthew Morris, the archaeologist who led the dig, told BBC.

The woman inside the double coffin wasn't the only female found buried at the church. Archaeologists excavating three other graves at the church complex discovered that all contained female skeletons. Radiocarbon dating suggests that all four of the women found interred there died between 1270 and 1400.

“Although it might seem unusual that Richard III is the only male skeleton found inside the Grey Friars church ... it must be remembered that we have only excavated five of ten identified graves in the church’s chancel with the potential for hundreds more burials," Morris said in a written statement. “What stands out is the contrast between the care and attention taken with these burials –- large, neatly dug graves with coffins –- and the crudeness of Richard III’s grave."

The researchers said it would probably prove impossible to learn the names of the women interred at the church but added that they hoped the remains would reveal new insights about life in medieval Leicester.

Richard III's skeleton -- which showed evidence of the spine-curving disorder scoliosis -- was discovered beneath a Leicester parking lot in 2012 and was confirmed as belonging to the so-called "Crooked King" in 2014. His remains are to be reinterred at the Leicester Cathedral this March. 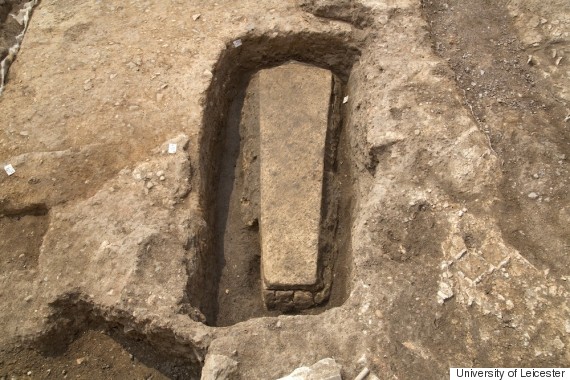 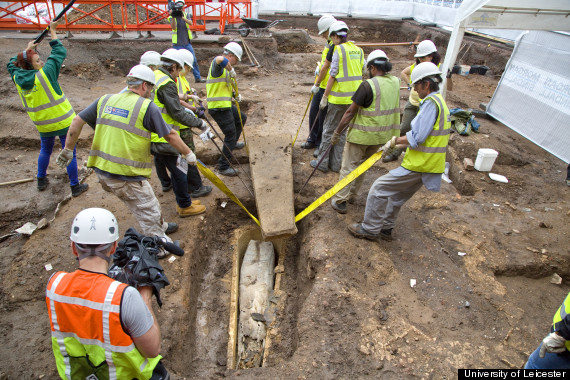 The inner, lead coffin discovered inside the limestone coffin. 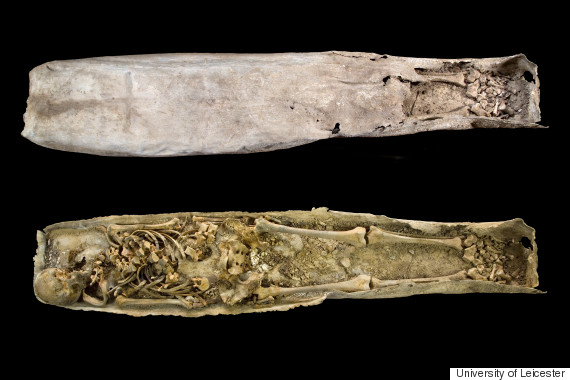 Skeleton found inside the lead coffin.