Richard Mosse: The Impossible Image from Frieze on Vimeo.

In this stunning film, titled "The Enclave," photographer Richard Mosse captures the war-torn region of The Democratic Republic of Congo in colors straight out of a science fiction film. Using a vintage Kodak film called Aerochrome, Mosse showcases the country's expansive landscapes and militant populations, all in the dazzling pink and purple hues of infrared technology.

The resulting video project offers an alternative view of the DRC, one that doesn't skirt around the humanitarian issues prevalent in the area, but draws a spotlight to the complexities of the country through an artful, sometimes shocking lens. Mosse's silent shots are filled with armed figures dressed in stark camouflage uniforms, yet the men and women stand against seemingly psychedelic backdrops, tantalizing the viewer with glimpses of both violence and beauty at the same time.

"The idea was to use this medium to see into the unseen, to reveal the hidden and make visible the invisible of this forgotten conflict," explained the Irish artist to CNN. "There's no plot, there's no narrator, there's no dialogue -- it's very much a video art piece," he added.

Mosse, who's been using the infrared film intended for military surveillance for a few years now, most recently took his controversial series to Italy, just in time for the 2013 Venice Biennale. You can watch a preview of the video piece, on view at the fair's Irish Pavilion, above. Let us know what you think of the project in the comments. 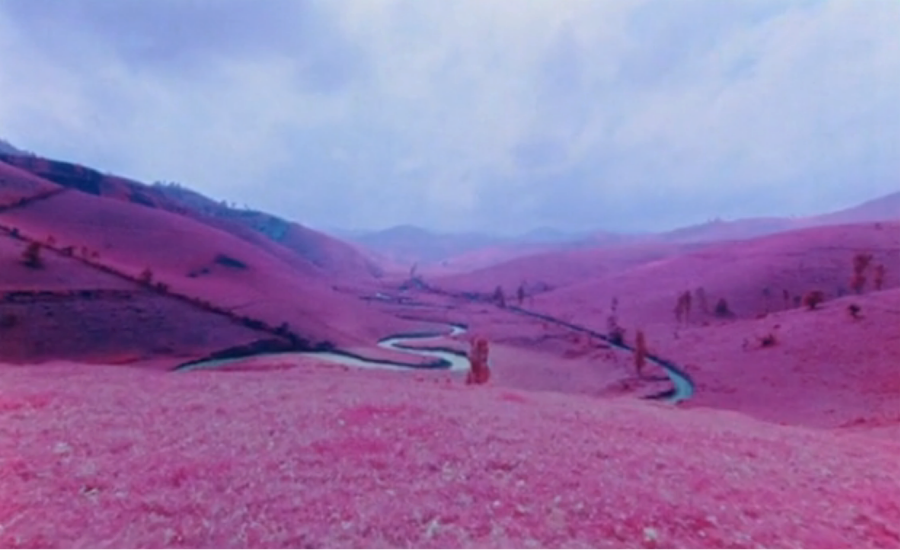