Rebekah Aversano hadn't seen her brother's face since Joshua was killed by a van while crossing the street three years ago.

Richard Norris didn't have much of a face at all until 2012, when a team of Baltimore physicians gave him an entirely new one -- a face that once belonged to Joshua Aversano, People reports.

For the first time, Rebekah got to meet Richard Norris, who received a face transplant donated by her family. The emotional meeting was captured in a 60 Minutes Australia segment that airs Sunday.

"Do you mind if I touch it?" she asks Norris. 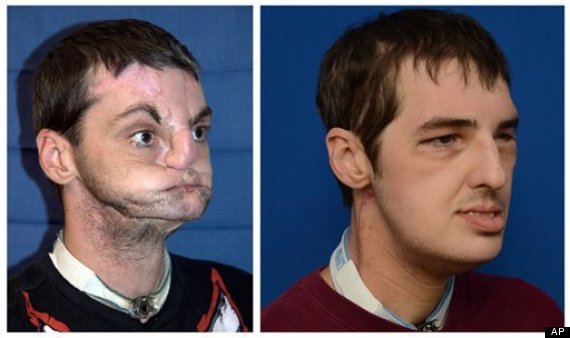 After the surgery, Norris again enjoys life in public, 15 years after he accidentally shot himself in the face with a shotgun at age 22. The 1997 incident left Norris with few facial features: No teeth, no nose and just part of his tongue. He would put on a mask during his few ventures outside his Virginia home.

In 2012, a team of doctors led by Dr. Eduardo Rodriguez operated on Norris for 36 hours to construct an entirely new face. GQ reports:

The surgery started at dawn on March 19, 2012. The face of a recently deceased 21-year-old man came off as one solid flap, skin, muscle, bone, nerves, blood vessels, tongue -- everything as one piece. Rodriguez removed what was left of Richard's disfigured face, dissected down to the skull. He attached the new face midway back on Richard's scalp. He stabilized it with screws, tapped the jaw together, and finally draped the skin and sewed it down like a patch on a coat or a pair of jeans.

And here's the man Rebekah Aversano got to meet years later, featured in GQ last August: 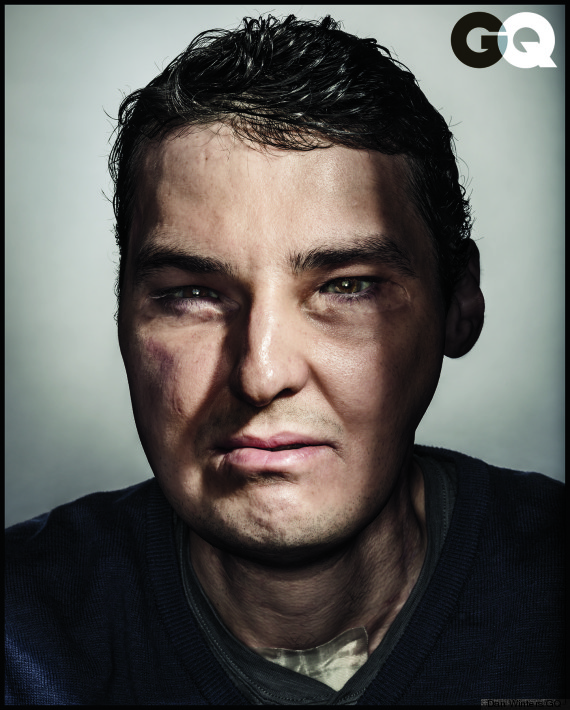 The Aversanos said it was hard to decide whether to donate their son's face, but ultimately felt it was the right decision.