Although much of the pop culture world feels betrayed by the hot mess that is Lindsay Lohan, in the art world the former Disney star's status seems to be heating up.

The unlikely muse was the subject of Richard Phillips' most recent exhibition, leading the starlet from the tabloids to the Gagosian. A portrait entitled "Lindsay V" recently sold for $300,000 at auction, the record sale at the benefit from Dallas Museum of Art and the American Foundation for AIDS Research, Alan Peppard at Dallas News reports.

The painting captures a still shot from Phillips' 90-second video "Venice," which showed at the Venice Biennale, starring Lohan surfing, lounging in a bikini and looking serious by the pool. "Phillips told The Huffington Post at the time of the exhibition opening,"I was approached by a lot of people who saw the videos and said, 'You know, I really am so bored and don't like video art at all, but I loved your film.' And I honestly take the same perspective as them. I mean, a lot of video art that's made takes for granted what people are willing to put up with and see."

Through painting, Lohan is transformed from a washed up celebrity to an eternal icon -- her famous visage is an instantly recognizable and desired image that can sell at Sotheby's. But is Phillips' smoldering Lindsay video challenging the conventions of art any more than Lindsay's Changing Face? Let us know your thoughts.

Check out the complete Lohan perfume commercial video art below and let us know if you think she deserves her new spot as an art world darling. 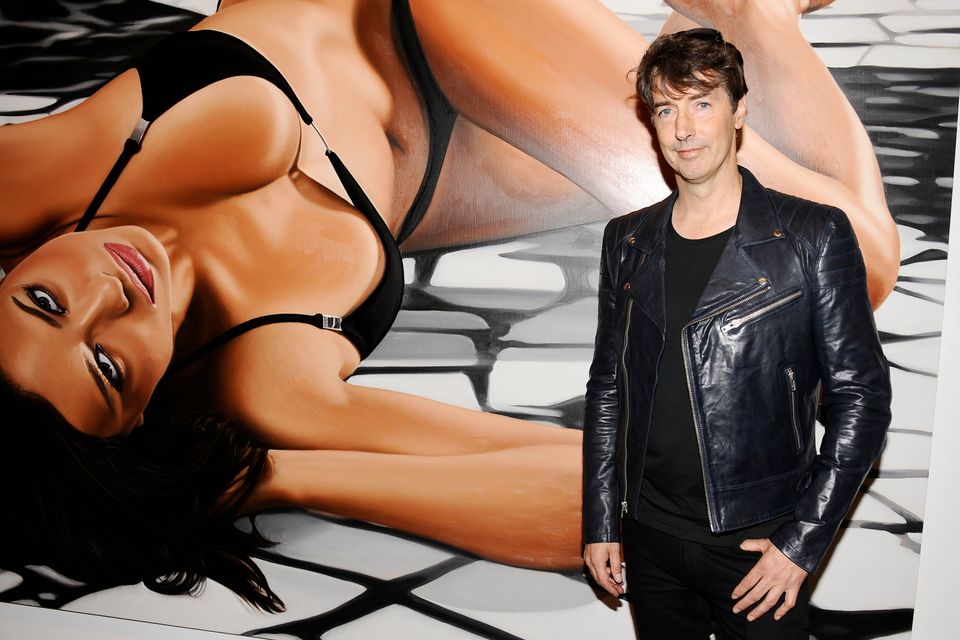