Did you know someone could resell your Instagram pictures for $90,000?

Richard Prince, an established artist who plays with authorship and appropriation, made waves at the Frieze Art Fair a couple of weeks ago with his Instagram paintings.

Prince took screenshots of gorgeous Instagram pictures uploaded by models, celebrities and artists, and added creepy comments underneath, like, “Enjoyed the ride today. Let's do it again. Richard." Then he printed the images on canvas. Last fall, he exhibited them at the Gagosian Gallery, where they sold for $90,000 each.

You'd think the original Instagrammers could sue Prince for copyright infringement. But because Prince edited the photos to include his own comments, the works count as original pieces of art.

Not everybody agrees Prince's appropriation is artistically valid. Los Angeles-based artist Audrey Wollen, whose reinterpretation of Diego Velázquez’s "The Rokeby Venus" was reprinted, told i-D last fall that she was "really angry" he'd taken her work.

"What Prince is doing is colonising and profiting off a territory of the internet that was created by a community of young girls," she told the outlet.

A critic at ArtNet laid into Prince after the Gagosian show too, writing that it had "thin offerings for anyone who is in possession of a brain."

Some artists, though, appreciate the exposure. Stacy Leigh, whose photo series of sex dolls was featured on The Huffington Post last week, commented on Instagram that Prince "knows a good thing when he see's it" [sic].

Prince had reposted one of her images on his Instagram, which has since been taken down. When another user asked if he printed her image for the exhibition, Leigh replied, "I wish he would!!! I would be honored."

Missy Suicide, the founder of pinup girl website Suicide Girls, had a photo taken of the site's main Instagram account, as well as those of her models.

"I’m not holding a grudge,” she told The Huffington Post. In fact, she noted that it seemed natural Prince was drawn to the Suicide Girls, which has 3 million Instagram followers. “Our girls' portraits are the most compelling on Instagram, so of course he found ours," she said.

Nor is she critical of his work. “He’s starting a conversation about what we put out there in the public, and it’s definitely an interesting conversation to start having," she said. Missy's just surprised people paid $90,000 for the images.

To bring his work down to a more affordable price point, Suicide Girls is turning the reproduction tables back on Prince by reproducing and selling their own reproductions of his reproductions. The profits will be donated to charity.

"We’re just happy to make his art accessible to the kinds of people that he’s featuring,” she said. Ironically, the Gagosian press release warns that "All images are subject to copyright."

The Gagosian Gallery and Richard Prince did not respond to requests for comment. 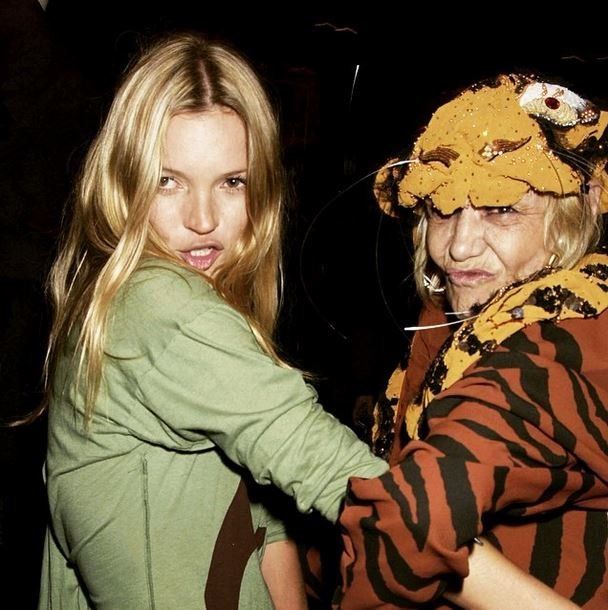