The FBI has issued a warning for Detroit-area Jewish and civil rights leaders after uncovering a possible "hit list" written by an alleged white supremacist in Toledo, Ohio.

“You have to realize it is the world we live in,” Kaufman told the news station. “There are people who don’t like us and would just as soon have us not exist, but you can’t dwell on it.”

Schmidt is charged with a number of crimes related to the possession of firearms and ammunition while having a prior conviction for manslaughter. He has also been indicted for trafficking fake National Football League, Nike, Reebok and Louis Vuitton items at a sporting goods store he owns in Bowling Green, Ohio.

"It is deeply troubling that law enforcement found this man, with a prior homicide conviction, in possession of an arsenal," U.S. Attorney Steven Dettelbach said in a release. "We owe the FBI and our other law enforcement partners our thanks that they caught this man, with 18 firearms –- some of them assault weapons –- high–capacity magazines, more than 40,000 rounds of ammunition, and a bulletproof vest stored in a locked room in a mall, before anyone was hurt."

The suspected hit list was discovered in a search of Schmidt's store and his home in Toledo. Agents also discovered white supremacist memorabilia and a "Jewish 500” listing of Jewish businesses among his belongings, NBC News reports.

When asked whether he might have been working with other neo-nazis to plan an attack, a federal agent told the news agency, “This is an active investigation.” 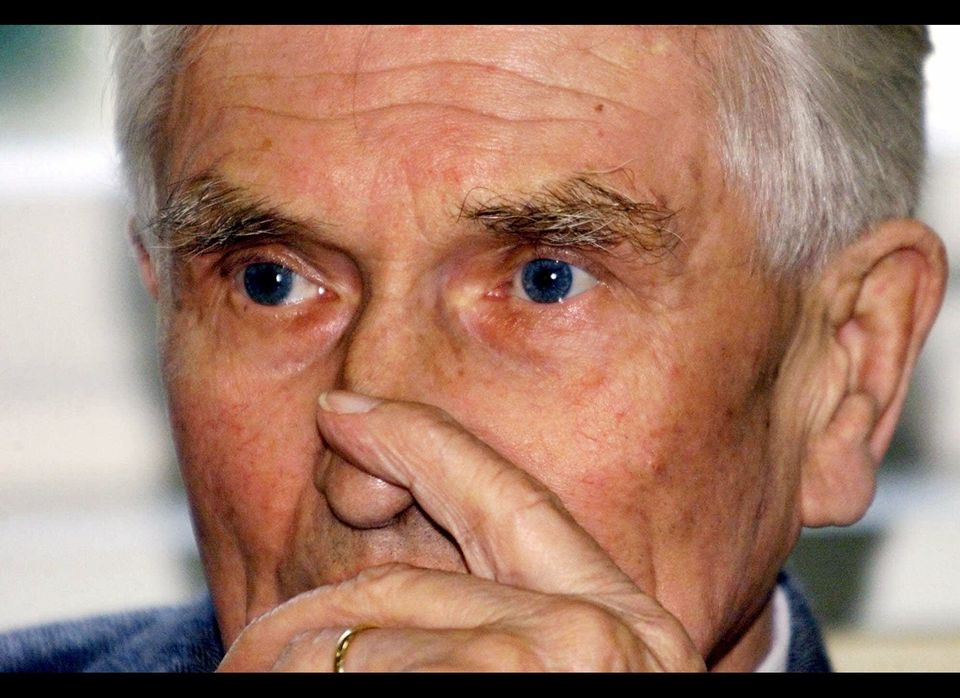 1 / 9
May 2001
Anton Malloth, an 89-year-old former guard at the Theresienstadt fortress in occupied Czechoslovakia, is sentenced to life in prison for beating and kicking a Jewish inmate to death in 1944. (Photo: AP)
AP