It may have been sportsmanship that got Richard Sherman into trouble rather than a lack of it. The Seattle Seahawks' All-Pro cornerback was fitted with a microphone for the NFC Championship Game and audio released by the NFL on Wednesday night sheds light on the heated moments before he delivered the boastful and rancorous postgame interview that stole the spotlight from his team's victory.

Sherman helped seal his team's spot in Super Bowl XLVIII by deflecting a pass intended for San Francisco 49ers wide receiver Michael Crabtree with just 22 seconds remaining in the NFC title tilt. After the victory-securing deflection, Sherman got to his feet and again chased down Crabtree. As the wide receiver was walking back toward the 49ers' sideline, Sherman slapped him on the butt and said "Hell of a game!" Sherman repeated those words and extended his hand to Crabtree. Rather than accepting the handshake, Crabtree shoved Sherman. He pushed his left hand into Sherman's facemask.

The audio and video released by the NFL on Wednesday fits with Sherman's account of events from his column about the incident and ensuing criticism for "The Monday Morning Quarterback."

"I ran over to Crabtree to shake his hand but he ignored me," wrote Sherman in a piece published on Monday. "I patted him, stuck out my hand and said, 'Good game, good game.' That’s when he shoved my face, and that’s when I went off."

Moments after being shoved in the face by Crabtree, Sherman had a microphone put in his face by Erin Andrews of FOX Sports. At that point, he excoriated Crabtree and loudly proclaimed himself the best cornerback in the NFL.

Richard Sherman Was Mic'd Up vs. Michael Crabtree So You Can Hear His Sportsmanship (VIDEO)
PHOTOS: 49ers vs. Seahawks 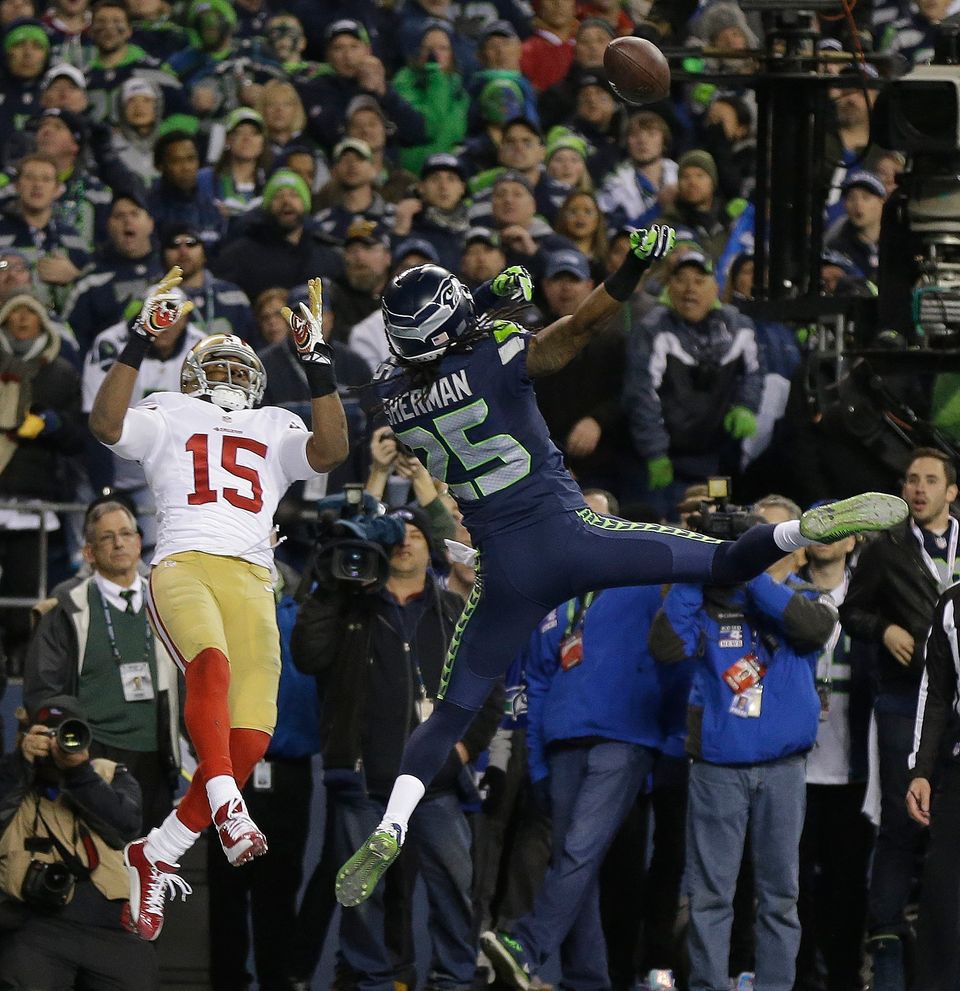