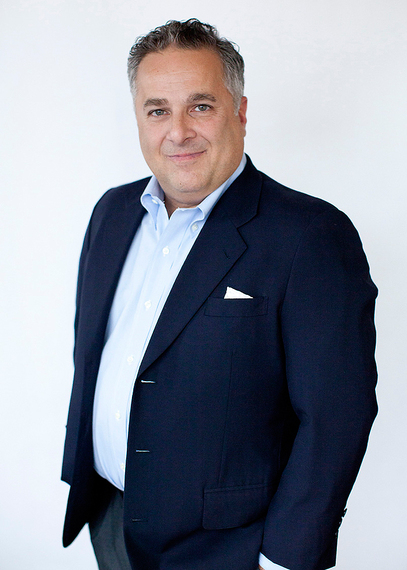 Imagine a world where everything is connected -- where your car, your pets, your home and your wallet are all connected and while you spend your days working, carpooling and coaching soccer practice, everything you own is communicating with the one another in harmony. To many of us, this sounds totally possible because we are already seeing glimpses of such technology in our everyday lives. Let's take it up a tech notch further. Imagine a world where even the dirt we walk on is connected. Imagine that forest fires could be reported to fire squads immediately because of smart nanotechnology dust sprinkled throughout the forests, monitoring temperature changes. Imagine a smart dust sprinkled around large reservoirs, and this dust has eyes and can see someone dumping toxins into the water supply or detect other biohazards in a millisecond. Dust that can feel, see and hear. While still embryonic, connected cars and homes seems totally within the realm of possibility, smart dust sounds like something out of sci-fi movie. Yet, this is our future. All of it. A totally connected world.

I recently had the opportunity to sit down with Richard Siber (really his last name!), Founder and President of Siber Consulting. Richard has spent the last 30 years as a pioneer in the wireless industry. When I visited him in his home office just outside of Boston I witnessed walls full of photos and magazine covers featuring Rick talking about mobile communications with the likes of people like Former Presidents Jimmy Carter and Mikhail Gorbachev, and Former Fed Chairman Alan Greenspan, proving that mobile technology is an industry that affects every other industry in both the public and private sectors including education, homeland security, and national finance. Richard is unique in that he's ultra-smart, with a background in physics, business, and marketing, but he can bring his totally over the top vision of the future down to laymen terms and gracefully explain why it's possible and probable, and how the vision can be achieved. Two hours with Siber and suddenly, smart dust powered by nanotechnology makes total sense.

Join me today as I share four lessons to success and thinking big Richard Siber style. This 10-minute read will change the way you think about greatness.

One of the greatest epiphanies that Siber offered, which is relevant to any business and any entrepreneur is that there's always someone in the world who is 10 steps ahead of you. You make your own journey faster and easier by knowing who that person is and aligning yourself with him or her. Fifteen years ago, Siber was invited to Tokyo to meet the Chairman of NTT DoCoMo, the dominant provider of telecommunications in Japan. At that time 20 percent of the population in Tokyo had two phones. They had achieved 120 percent penetration! The Chairmanof NTT DoCoMo, Dr. Keiji Tachikawa, had a clear vision of what the future held for telecommunications in Japan and that within 20 years there would over 1 billion wireless users AND devices in that country. A country with approximately 125 million in the total population! A vision which Siber says is playing out today. What's fascinating explained Siber, is that this visionary was ten steps ahead of anyone else in the telecommunications industry. They were already using technology to communicate face to face at that time, something we now do through Skype and Facetime. They successfully launched a mobile wallet, something we are just now seeing in the US. As well, NTT DoCoMo, fifteen years ago was pondering this idea of a world with an IOT - Internet of Things, where bicycles, airplanes, dogs, cats, and homes would all be connected. Back then, Japanese cell phones were so far advanced than those in the United States that companies like NTT DoCoMo and SKTel in South Korea were seeing that a new future was forming because of it. Executing on this vision also helped launch Sony, Panasonic, Samsung and LG into global powerhouses. The lesson to be learned is that as entrepreneurs and business leaders we often get so focused on what we are building today that we forget to step back and ask, "Has someone already built this?" We can save precious resources by seeking out that entrepreneur or company who has already paved the road ahead of us.

2. You Are Your Product

In addition to traveling the world in his capacity as a mobile technology strategist in his former position as Partner in the Communications and High Tech practice at Accenture, Siber has also spent 10 years teaching marketing and business at Boston College's Carroll School of Management to seniors. Interestingly, Siber required his students to come to class dressed in business suits and attendance was mandatory. Siber says that one of the most important lessons that anyone entering the workforce can learn is that they are a product and they need to be great at marketing themselves. Siber prepared his students for this reality by requiring that they dress for the job they wanted every day when coming to class.

3. Be Your Client's Client

If it is at all possible, every entrepreneur should be his client's client. As a partner at Accenture, Siber was working with the CEOs of the largest wireless companies in the world. He carried ten different cell phones, one for each of the companies he worked with. Why? First, it's about respecting the client. If you are working for Verizon, do not show up at the appointment sporting an AT&T phone. Secondly, it's about understanding the client's needs. One of the best ways to understand your client is to become their customer. By being the customer you have firsthand knowledge and insight that you would not have otherwise had by just being their consultant or vendor. Siber never needed to have ten phones, but it made him a better advocate and teacher for his clients. It also sent a simple message to his client, "You support my business and I support yours."

4. Duplication of Effort Is Cost Prohibitive

Your competitor is working on new technology. You are working on new technology. You are both working toward the same goal so why pay double the price? Siber explained that there is a big conundrum taking place in the U.S. mobile and wireless ecosystem. The U.S. encouraged competing, non-competitive standards. The rest of the world chose one standard. The traditional incumbents like Verizon, Sprint and AT&T are regulated, buy licensed spectrum (for Billions of dollars) and also must support legacy systems as well as rural markets. There are non-regulated businesses like Google and Facebook that are stepping on the toes of the regulated businesses like Verizon, Sprint and AT&T. For all of these businesses, their future depends upon their ability to develop new, better, and faster applications and functions. This is not such a challenge for companies like Google and Facebook because they don't have the immense cost of infrastructure as do theregulated incumbents. Google and Facebook have their employee costs etc, but they haven't invested in spectrum or hundreds of billions into technology like FiOS and other infrastructure. This puts companies like Google and Facebook at a distinct cost advantage. They have extra capital to spend on developing their technology future and developing new, innovative business models. To exacerbate the problem even further, the tech companies with huge infrastructure costs are duplicating their efforts to research and design new products and systems for the future. What if, instead of duplicating efforts, they could both save time and money, while also advancing faster by combining their efforts? This is what Siber is working on today as a partner in Coral Group. Siber's goal is to convince the incumbent carriers that rather than work on inventing the same apps, services, and technology that their competitors are working on, why not have all the incumbents pitch in funds to a company that can recreate the innovation arm and help level the playing field. The advantage to doing this is that the incumbent carriers can then compete with the likes of Facebook and Google. It's a big idea that can change the landscape.

When you talk to an entrepreneur like Siber you realize just how fast the world is moving. Technology is rapidly advancing. In the marathon called business, you better keep running because technology is changing quickly. No business wants to be Blockbuster in a Netflix world, and as Richard Siber has taught us, staying ahead of the curve is simple, as long as you are willing to keep up the pace.