A Los Angeles police detective has dispelled claims surrounding the disappearance of Richard Simmons, telling People on Thursday that the fitness guru is “perfectly fine.”

Simmons, 68, has been the subject of extreme speculation because he has reportedly not been since in public since 2014. A new podcast has also included an assertion that he was being held hostage in his own home by a housekeeper. “Missing Richard Simmons,” by Dan Taberski, features an interview with a former assistant who made the accusation about a maid still on Simmons’ staff.

But after investigators made a welfare visit to Simmons’ home, LAPD detective Kevin Becker called the allegation “garbage.”

“There was something about his housekeeper holding him hostage and not allowing people to see him and preventing him from making phone calls, and it was all garbage, and that’s why we went out to see him,” Becker told People. “None of it is true. The fact of the matter is, we went out and talked to him, he is fine, nobody is holding him hostage. He is doing exactly what he wants to do. If he wants to go out in public or see anybody, he will do that.”

The detective continued: “He is perfectly fine and he is very happy. I don’t know what he is going to do, but right now he is doing what he wants to do and it is his business.”

The fitness guru thanked his followers on Facebook and through a spokesperson when his iconic Beverly Hills gym Slimmons, opened in 1974, closed in November. But the “Sweatin’ to the Oldies” video star has not been seen in public since February 2014, according to the “Missing Richard Simmons” podcast.

The LAPD’s revelation comes amid a report (watch above) from Entertainment Tonight in which Simmons’ former massage therapist, Mauro Oliveira, who also made the hostage claim, said Simmons had stopped talking to many old friends.

Richard Simmons Is 'Perfectly Fine,' LAPD Says After Visit
Top Fitness And Wellness Experts Reveal What Will Be Big In 2017 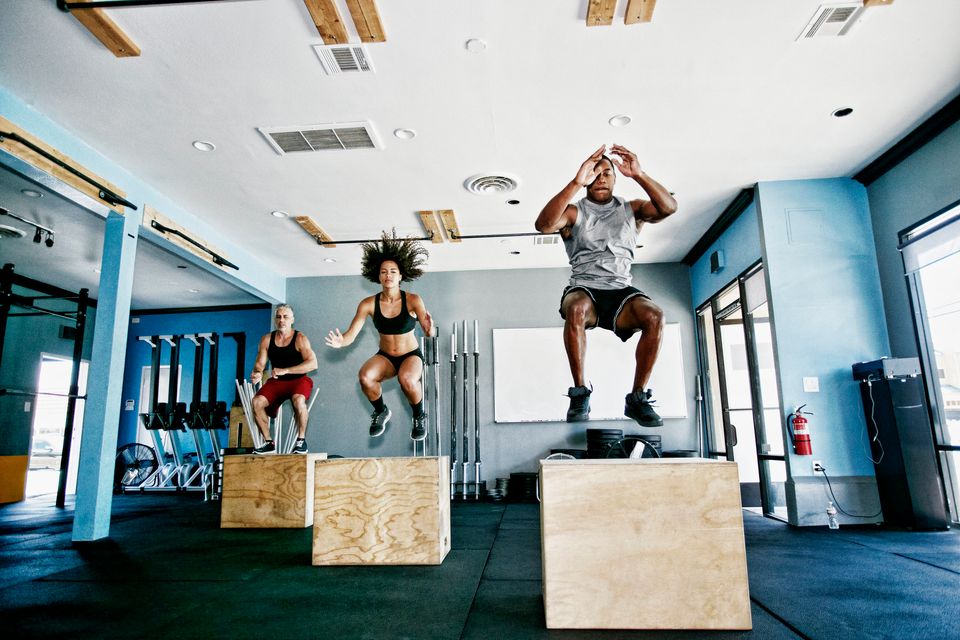 1 / 7
This’ll Be A Hiit
If you haven&rsquo;t already tried a HIIT workout, then 2017 may just be your year to give it a go. <a href="https://www.huffpost.com/entry/hiit-exercise-inexperienced_n_5655e1ffe4b079b28189ddac">HIIT</a> stands for high-intensity interval training and includes bursts of vigorous exercise alternating with recovery times. Mark Goodman, founder of <a href="http://cardiohigh.com">Cardio High</a>, says that interval-training workouts are more efficient, which means more overall exercise benefits with less time in the gym. &ldquo;There is an increasing volume of <a href="http://well.blogs.nytimes.com/2016/04/27/1-minute-of-all-out-exercise-may-equal-45-minutes-of-moderate-exertion/">scientific evidence</a> that shows if you can go all out for one minute a day, that would equal 45 minutes of light jogging in terms of health benefits,&rdquo; Goodman says. &ldquo;People now understand that they can get a good workout in less time, and are looking to the future of the fitness industry to find creative classes and formats to achieve that.&rdquo;
Peathegee Inc via Getty Images