White nationalist leader Richard Spencer was punched in the face on camera as he spoke to a reporter on camera after Donald Trump’s inauguration on Friday.

The incident happened at around 2:30 p.m., USA Today reports.

Spencer is the head of the National Policy Institute, a white nationalist “research and educational” foundation. He’s also credited with coming up with the term “alt right” in an attempt to rebrand white nationalism, presumably to make it sound less like an extremist, racist hate movement.

He was in the middle of explaining the significance of Pepe the frog — a cartoon character that white nationalists have coopted as their own symbol — to a reporter when an unidentified person popped on camera and socked him.

Since Spencer has not filed a police report, there’s no open investigation into who the assailant was, CNN reports. However, Spencer told the network that he does plan on filing one. He also said on Twitter that there was no “serious damage.”

Spencer has claimed he is not a white supremacist. However, he’s also supported a ban on non-European immigration, called for a “peaceful ethnic cleansing” and declared that “America belongs to white men.”

PHOTO GALLERY
My Alt-Right Starter Kit Finally Came In The Mail!
Download
Calling all HuffPost superfans!
Sign up for membership to become a founding member and help shape HuffPost's next chapter
Join HuffPost

White Nationalist Richard Spencer Punched In The Face On Camera
My Alt-Right Starter Kit Finally Came In The Mail! 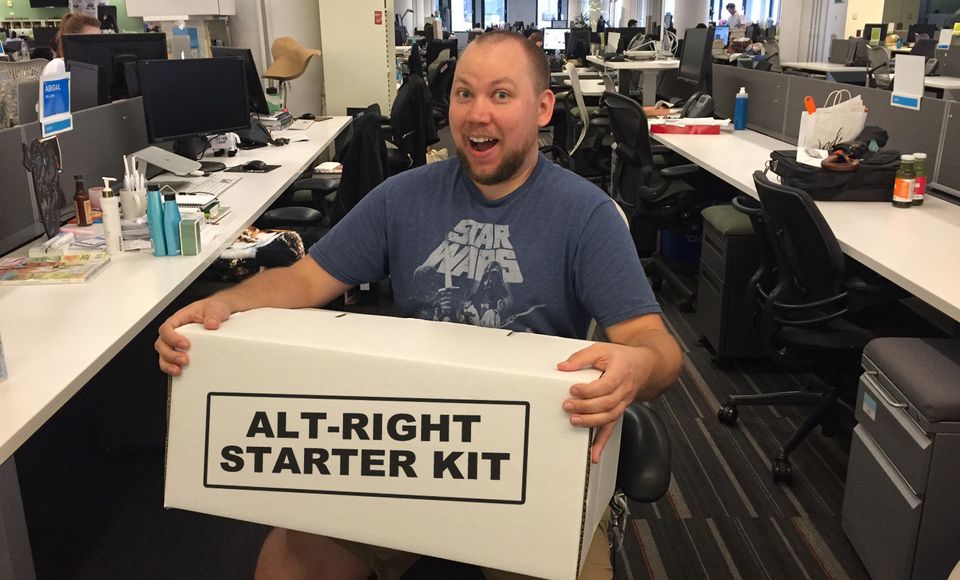