One of the funniest, freshest shows we've seen in Hollywood this year, Small Parts, written and produced by veteran character actor, Richard Tanner, returns by popular demand to The Lounge Theatre (6201 Santa Monica Blvd) for six consecutive Wednesday evenings (Oct 15 - Nov 19). Tanner has said "I didn't want this to be the typical one man show." Trust us, it's not. Small Parts is the one man show about Hollywood to end all one man shows about Hollywood. Part cautionary tale, part irreverent skewering of show business, this hilarious multimedia solo show chronicles the ins, outs, highs, lows and mind boggling absurdities of Tanner's twenty-plus years as a working actor in the trenches - and all the "small parts" that comprise an actor's career. Jim Fall (Trick, The Lizzie McGuire Movie) directs. 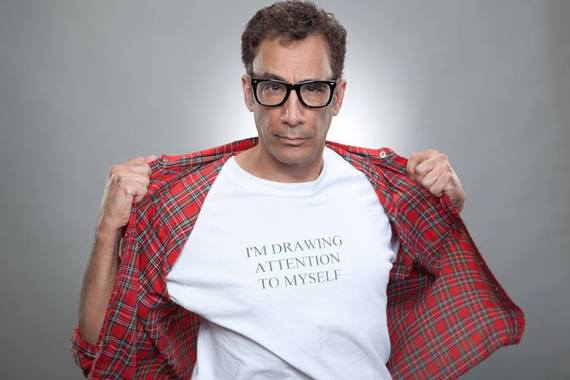 Earlier this year, Small Parts was a highlight of the 2014 Hollywood Fringe Festival, and with its elements of improv and audience participation, every show offered something unexpected. You may actually be more familiar with Richard Tanner than you realize. He has over 75 feature film and primetime shows to his name, from The Golden Girls (in which he first came to the public's attention as "Young Stan") to his recurring role on CBS' The Agency. Other notable appearances include The West Wing,Monk, Star Trek: Enterprise, and Pretty Little Liars. As skilled a writer as he is an actor, his written work has appeared in Esquire, Vogue, The NY Daily News, and The Village Voice. One of the themes that recurs through Small Parts is the notion of success and failure. Tanner notes -

We're in a society that is so averse to failure. Let's stop being so scared and bring failure out of the shadows. Of all people, Winston Churchill once said "Success is the ability of going from failure to failure with no loss of enthusiasm." And I love that. A common theme in plays is what happens when a man lets go of his dream. John Updike wrote a lot about that. I thought (laughs) what happens when you don't let go of your dream - that can be just as disastrous. At what point does one's passion morph into obsession? My favorite quote about Hollywood is when Pauline Kael said "this is the only place where you can die from encouragement." I've been here 25 years, and I still don't take this weather for granted, and the cultural diversity, but L.A. can be scary seductive and allows you to lead a life of complete self delusion for a very long time - or forever. This is the land of "what if" - you can be 80 years old and think 'tomorrow's going to be the day.' 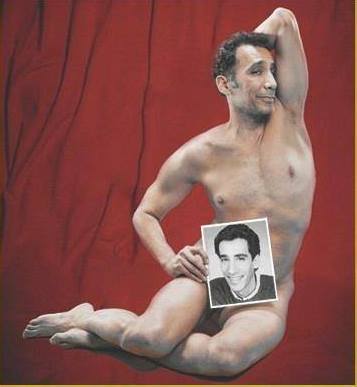 A native of New York, Tanner initially followed his parents' career wishes. "They wanted me to be either a doctor or a lawyer - that was it." Until one day, he revealed to them his plan -

For me, coming out to my parents as an actor was much more difficult than anything else. It was hard for them to accept the idea that one would willingly enter this profession of acting that is notorious for instability. That was the hardest hurdle for me. I was the only boy in my family, and I didn't have that rebellious streak in me. So I went to law school at Cornell, which I didn't want to do, but I did it for my parents, and I was miserable. Later in life, my mother would say to me, "you like acting so much - why don't you become a lawyer? That's acting. Have you thought about pursuing plastic surgery? You've always liked sculpture."

Tanner confesses he still doesn't know where he fits into Hollywood, and that he's never been the kind of actor who waits for the phone to ring - so he's created his own production company, the first project being Small Parts.

Of all the seventy five TV shows, and films that I've done, this show is the work that I am most proud of.