Looking to borrow some money? We've found you the best person to go to in each state.

The interactive map below from the real estate blog Movoto shows the net worth of the richest resident in each U.S. state. Darker shades of blue reflect those at the richest end of the wealth spectrum, while darker shades of red reflect those at the lower end. As you can see in the map, there's a wide gulf between the fortunes of America's richest. 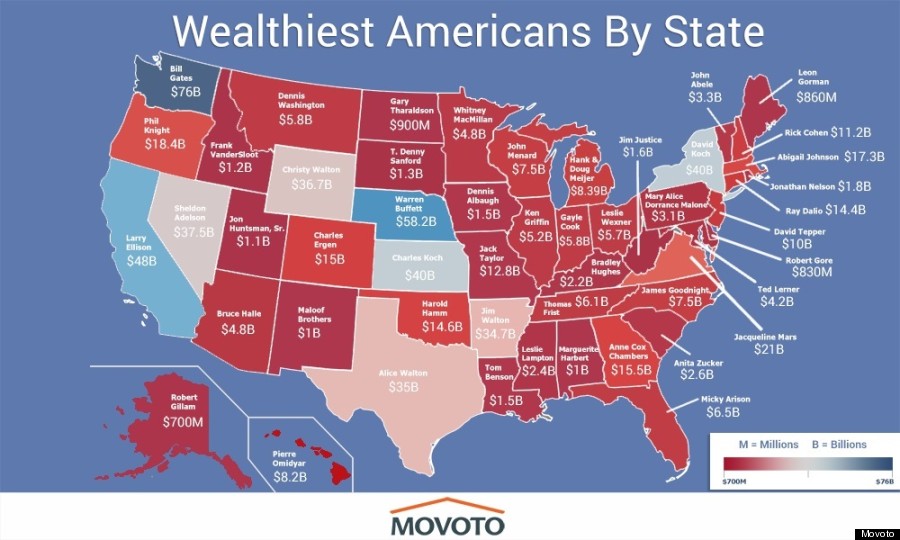 Washington resident and Microsoft founder Bill Gates' $80 billion net worth makes him the richest person in the country (and the world). The least rich individual on the map is Robert Gillam, founder of McKinley Capital, an Alaska-based institutional investment firm. But don't feel too bad for him -- he's worth a cool $700 million.

Movoto used wealth data from Forbes and Celebrity Net Worth to create the map.