On Nov. 25, protesters rallying against the Ferguson grand jury's decision gathered outside of John Marshall courthouse in downtown Richmond. Signs in their hands and chants on their lips, the crowd buzzed with somber energy, but quieted just enough to allow the organizers and speakers to be heard. As speakers addressed the crowd, the overarching themes of the uphill struggle for racial justice were highlighted -- sometimes accidentally, but accurately nonetheless.

The crowd encompassed every age group, but college students from Virginia Commonwealth University and Virginia Union University, among others, were the biggest demographic. Jackie Robinson, a social work major from VCU, took to the mic and started with a shout-out to her college peers. "You know, our generation, they think that we're the lazy generation," she said. "That we're sitting behind computers and we talk about the issues, but we're not really out here to fight. And this shows that no, we're about the movement... Mike Brown, he got killed in August, and we haven't forgotten."

As the ensuing applause proved, Robinson's message hit home for the students in the crowd. Faced with adulthood in an America that demands more of us than we are equipped to provide, millennials have been the object of criticism from our older counterparts from the beginning. A quick Google search on the term "millennials" reveals that lazy, narcissistic, and spoiled are some of the more popular descriptors that have been attached to us. However, even with the constant smartphone stimulation, the internet addiction, and the desire for instant gratification -- or perhaps because of these factors -- the current generation is an angry one. With all the information in the world at our fingertips and the power to organize with the creation of Facebook events, the millennial reaction to injustice is instant.

Just the night before the rally at John Marshall courthouse, VCU students gathered on campus to protest the freshly-issued Grand Jury decision to not indict Darren Wilson. Maheen Shahid, president of the university's Feminist Student Organization, had been with a group of like-minded friends when the decision was announced. In an act of defiance against the injustice, Shahid and her friends immediately went to the library to "recruit troops". A few recruitment trips and some social networking later, a student demonstration was in full swing in Monroe Park.

Still, there is always the question of sincerity in this new generation of activists. Shahid summed it up well, saying, "This isn't just a hashtag, or something that you wear. You don't do it so you can say, 'cool, I went to three rallies, can I get my Bell Hooks water bottle now?'"

Internet activism has a variety of unique strengths: it is quick, it is accessible, and it is easy. Anyone can organize for a cause, and anyone can have a platform to disseminate information and their own personal beliefs. Even those who are too busy with work or school, have disabilities hindering their mobility, do not have transportation to events, or otherwise can not engage in "real life" activism gets a chance to be heard through the internet.

The problem is when activism becomes a sort of badge, worn as a fashion statement and then discarded when it is no longer a trending tag on Twitter. It makes one wonder how many people are really trying to support the Ferguson protesters, compared to how many are only showing up for rallies so that they have something to add to their Snapchat stories. Furthermore, there are plenty of demonstrators who are a bit too eager to add other issues to the Ferguson discussion. Though all people of color experience racism, that is not an excuse to co-opt discourse on police brutality and anti-black racism for the purpose of furthering other goals, no matter how legitimate.

Solidarity between people of color is a warm, hope-affirming concept, but the illusion of fully-realized solidarity cannot be allowed to distract any kind of social justice movement from the realities of oppression. Anti-black racism runs rampant in all ethnic and racial communities, whether we want to admit it or not. Even with white and brown people uniting to take a stand against police brutality and the desolate state of race relations in the United States, one has to wonder why black voices continue to be drowned out by the rest; how many people are just looking for a pat on the back when they acknowledge the oppression of black Americans?

The rally on Nov. 25 highlighted this issue in a bizarre, dramatic episode. In the line of demonstrators waiting to speak their minds on the microphone was an impassioned young white woman who took the opportunity to break down in front of the crowd, announcing the guilt she felt for being born white. After causing great discomfort among the entire audience by repeating several variations of "I have more privilege than you," she was asked to step down.

The woman, whose name remains unknown to me (probably for the better), responded by screaming: "It's called solidarity, you b---!"

The organizers of the rally subsequently decided to end this spoken portion of the rally and begin the march, even though there were several people of color waiting in line to speak. Watching this unfold in front of me was almost surreal; it struck me that with one outburst of white guilt, emotions in the crowd had run so high that the entire discussion had to be shut down. The black people present at the rally had literally been silenced because a white ally had not gotten a metaphorical gold star for doing the bare minimum in acknowledging her privilege.

Despite how inappropriate and disrespectful the outburst had been, it was still enlightening as a real-life perpetuation of a problem that is so present within solidarity movements -- that problem being the people in power hijacking the struggle of the oppressed for their own gratification. Though usually an issue attributed to white allies, non-black people of color must also keep in mind that the struggles of the black community are not ours to co-opt for social justice brownie points.

There is hope for the current generation of activists, but we must watch out. We are angry, energized, and eager for change, but if we allow ourselves to be deluded by romanticized illusions of togetherness and a lack of seriousness in our intentions, then we will not get much done. 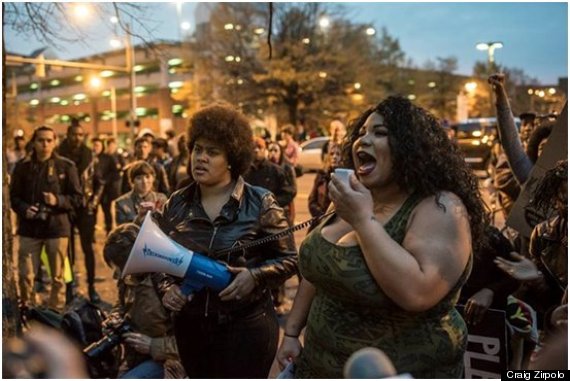 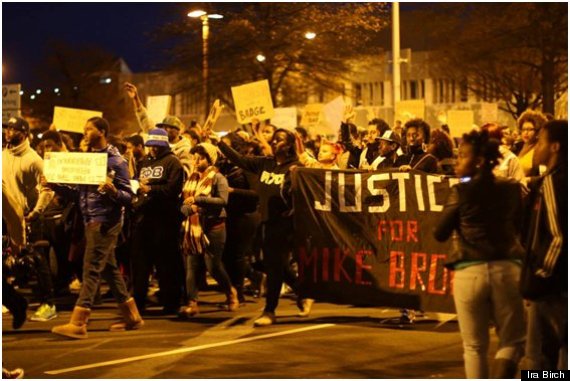 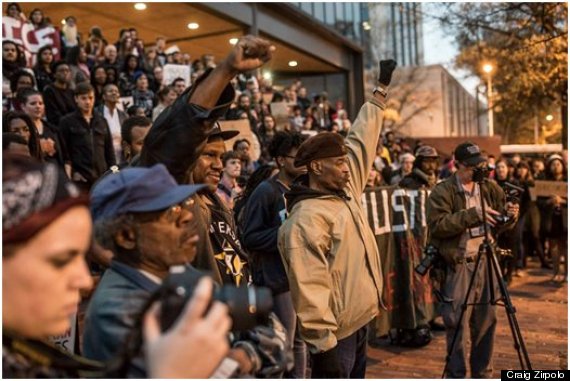