In the first chapter of his book Rebounders: How Winners Pivot from Setback to Success, U.S. News & World Report Chief Business Correspondent Rick Newman quotes German philosopher Nietzsche, who unbeknownst to many (including yours truly) brought us the oft-cited aphorism: "What doesn't kill me makes me stronger." In Newman's territory, this is no mere throw-away. Newman evokes how Nietzsche viewed his suffering as a gift that gave him "an intense appreciation for life and helped him achieve the kinds of extraordinary insights he needed for his philosophical work, in which he frequently questioned and skewered accepted values."

Nietzsche, in other words, was a world-class rebounder.

In his compelling new book, Newman deconstructs the core strengths of rebounders. One of them is resilience, which Newman defines as the capacity not only to cope with adversity, but to overcome it, learn from it and be transformed by it. Newman explores this "vital human quality" from every angle, examining the lives of 12 resilient public figures, deconstructing the anatomy of setbacks, and offering a host of anecdotes rich in advice that underscore one of Newman's key premises: At some point, everyone has setbacks. It's how we choose to respond to them, which is sometimes at odds with status-quo thinking, that determines long-term success.

I recently spoke with Newman about his new book and what makes a rebounder.

How is resilience a key character trait of Rebounders?

Resilience is the number one trait that psychologists recognize, and it's not just something you have or you don't have. This is really important. We all have resilience to varying degrees. We all start out with a little bit of it -- maybe our parents mess us up and take a little bit of it away -- but psychological research shows that we can improve our resilience. We can add to our natural reservoirs of resilience and basically make ourselves much better at what we do and much stronger. That's important, because for the most part you cannot do that with intelligence. Research also reveals that you really can't increase your innate intelligence very much, but you can improve your resilience. That's an important differential between successful people and less successful people. It's even more important now, because it's harder to get ahead than it used to be.

That goes a long way in explaining why being intelligent doesn't necessarily mean you're going to be successful. How can people cultivate resilience, particularly these days when, as you state, it's harder to get ahead?

What's happening is that the bar for success is getting higher. To simplify, that's related to two things: the global economy and technology. People anywhere in the world can now perform jobs that used to be protected in America. You have to have more and better skills -- and more relevant skills -- in order to remain successful. Technology is basically creating new classes of winners and losers. Winners know how to use technology for their own purposes and be part of the innovator class that actually creates new technology. Losers just don't have any skin in that game. There is a very stark new line between what it takes to be successful and not be successful.

What about the innovation that comes from people who break rules and think outside the box -- people who don't necessarily have the traditional skill set that corresponds to what's waxing or waning in today's economy as you've just described it? How do they fit into this equation for success?

That's a good question and I'll tell you: Getting ahead today definitely requires more creativity and more innovation. It doesn't just mean inventing the next iPod. It means innovating within your own life. And carving out a kind of career that works for you isn't determined by the corporate ladder or some pre-ordained career path, which is how a lot of people used to get ahead. Those pathways are not really open as much as they used to be. But here's the problem with creativity and with passion: They're just not enough. And the oversimplified take-away that people get, which I think is very dangerous, is that, "all I have to do is find my passion and therefore I will succeed." Or, "all I have to do is be creative and therefore I will succeed." It's not enough. What you also need is resilience to keep going and stay motivated after you fail -- perhaps after you fail a second or third time.

People need to look at setbacks and failures not as defeat, but as the most instructive learning opportunity they're ever going to get. And most people aren't good at that. We all have exactly the same instinct when we fail, which to blame somebody. We want it not to be our fault. We want to excuse our own behavior and tend to look for explanations that fit with our pre-existing view of the world. The people profiled in my book are able to dispassionately access their failures, which means they are able to question their own behavior and identify their own flaws. That provides magic insights.

Many successful people often don't seem to care what other people think of their successes or their failures. Do rebounders have a certain healthy detachment from other people's judgments that helps them keep moving forward?

One of the nine attributes that rebounders share is their ability to compartmentalize emotions. It doesn't mean they don't have emotions; it means that they don't let themselves be dominated or perhaps influenced by their emotions. When people judge us, it triggers an emotional and often defensive response. Rebounders don't let this sidetrack them. They also have a bias toward action. They just keep doing what they need to do and don't talk about, don't argue whether they did it the right way, and they don't hold themselves up to a perfectionist standard. They allow themselves to fail, which makes them less sensitive to criticism when they do fail. A lot of rebounders realize that if you're going to try something difficult, the odds of failure are high and so to reject criticism when you do fail, you're sort of missing the point.

You write about the importance of having a certain amount of stress inoculation against daily adversities. I'm reminded of people who have a Buddhist or Zen-like mindfulness that keeps them from getting crazed by life's little curve balls. Is this a character trait of rebounders?

I don't know much about Buddhism but I will say that rebounders have a quality that I refer to as equanimity, which is a kind of a balance and a form of mindfulness. They don't have knee-jerk reactions to stress. They have a certain balance and a high degree of self-awareness. And self-awareness is highly correlated with resilience.

Rebounders are not fearless -- they fear and hate failure the same way everybody else does. But quite often they're able to understand what actually happened to them and do something about it. They develop a kind of confidence in their ability to make things work out -- not because things magically work out -- but because they've learned how to identify the problem. They do what it takes to make things work out.

Check out the slideshow below for five key attributes of rebounders. 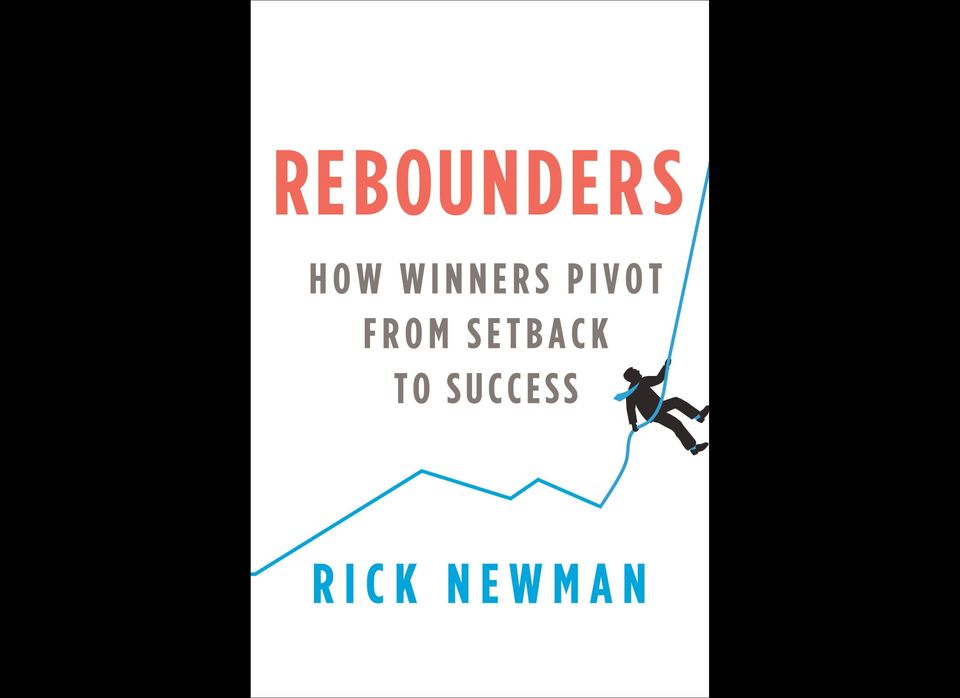