Energy Secretary Rick Perry offered little explanation when protesters pressed him to explain his position on climate change at an energy conference on Tuesday. Instead, he opted to tell one “young lady” to “sit down,” and said it’s “OK … [to] be skeptical about information.”

“You are a climate denier,” said the first demonstrator, as members of the audience booed and called for her to “sit down” and to “get her out of here.”

“Leaders from the coal, petroleum, natural gas, electric, renewable, and nuclear energy sectors” were present at the event, according to the conference description.

Protestor interrupts @SecretaryPerry speech at #EIAconf this morning! Asks "Why are you a climate denier??"

In an attempt to defuse the tense moment, Perry described the protester as “one of the more interesting EIA employees,” prompting laughter from the audience. Undeterred, the protester kept shouting questions at Perry, who then told her: “If you’ll sit down, young lady … I’ll finish my remarks.”

“Answer my question, why will you not say that climate change is caused by carbon dioxide?” she pressed.

“For your information … I didn’t say that,” Perry responded. “I said it’s not the main dial…”

Perry was referring to remarks he made during an interview last week with CNBC “Squawk Box.” Perry told host Joe Kernan that carbon dioxide was not “the primary control knob” for climate change. While man is “having an effect” on climate, he said, “most likely the primary control knob is the ocean waters and this environment that we live in.”

His response is in stark contrast to overwhelming scientific consensus based on facts, which says human activity, specifically greenhouse gas emissions, is the primary driver of global warming. The American Meteorological Society skewered Perry for his comments, saying in a letter last week that he lacked a “fundamental understanding of the science” behind climate change.

During his EIA conference speech on Tuesday, Perry was interrupted a second time by a protester, who also called him a “climate denier.”

“I think it’s OK for us to ask questions and be skeptical about information,” Perry said in response, according to a E&E News report of the event.

In its letter to Perry, the Meteorological Society addressed this idea of climate skepticism.

″[S]kepticism and debate are always welcome and are critically important to the advancement of science,” the letter said. “In climate science unresolved questions remain ― issues that currently lack conclusive evidence. However, there are also very solid conclusions that are based on decades of research and multiple lines of evidence. Skepticism that fails to account for evidence is no virtue.”

Later on Tuesday, Perry was quizzed about climate change again during a White House press briefing, arranged as part of the Trump administration’s “Energy Week.” When asked if President Donald Trump believes in climate change, Perry responded “I have not had that conversation with him” ― joining a growing list of officials who have refused to comment on the commander in chief’s position on this critical issue.

Trump announced this month he would withdraw the U.S. from the landmark Paris climate agreement. He’s previously called climate change a “hoax” and “bullshit.”

'You Are A Climate Denier': Protesters Interrupt Rick Perry's Speech At Energy Conference
8 Reasons To Worry About Rick Perry Running The Department Of Energy 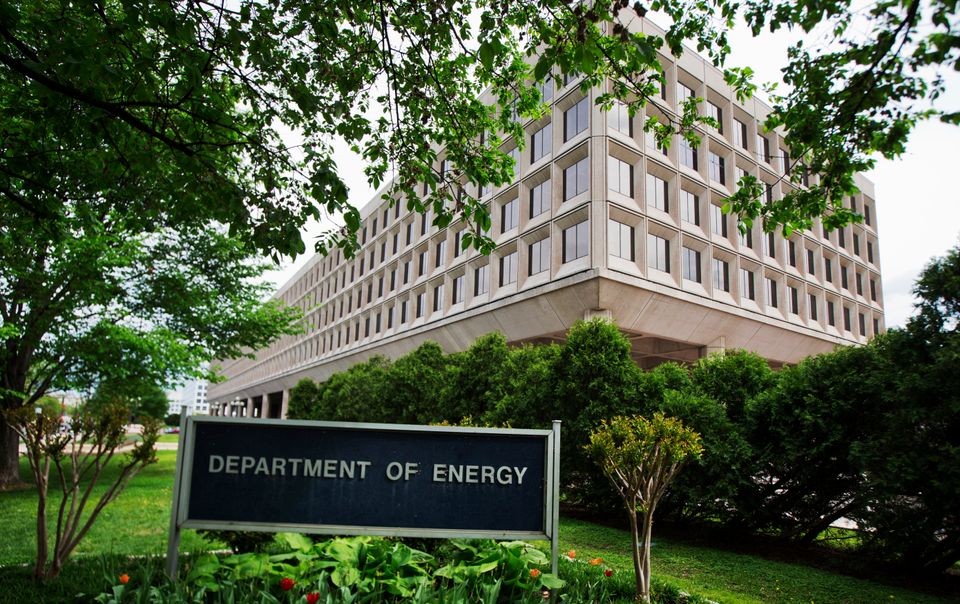