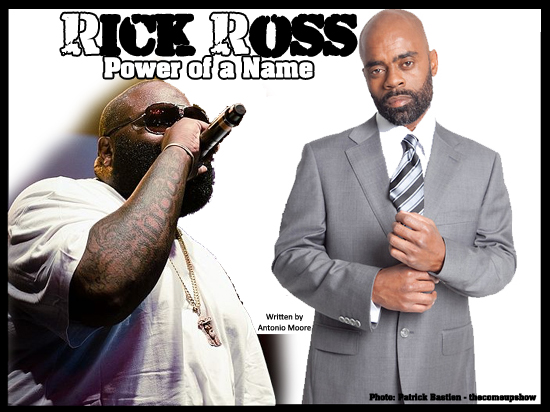 The name "Rick Ross" for many stirs much emotion -- it stands at the center of what many perceive as the third leg of Black America's oppression that came at the hands of the "crack epidemic." As the stories of the Iran-Contra came out worldwide in the late '90s, Rick Ross became the anti-hero of the ghetto. Rick Ross is a name that carries with it the burden of life sentences, gains of wealth beyond imagination, memories of dead friends from childhood and the pain of a lost generation. He and his image became a sort of singular face to be placed on why the youth of Black America had failed to develop after the civil rights movement. This weekend the weight of that name bore down on William Roberts II a.k.a. Rick Ross, as he dealt with the onslaught of the true weight of a drug kingpin for the first time. So often in his portrayals of the kingpin's grandeur what was lost was the weight that figure bears, and how the knowledge of that fine balance kept a dealer responsible to the ghetto that supported his enterprise. To walk with wealth amongst poverty requires a unique recognition of the social plight of others, and an acknowledgement of the common man. As the name Rick Ross and life was mimicked in hip-hop, out of hubris the grandeur forgot to be responsible to the weight in the belief that the space occupied by entertainment would serve as a buffer from the repercussions. But what William Roberts -- the rapper "Rick Ross" -- has found out is that the weight is real, and unforgiving if not respected.

For the past few years I have worked with Freeway Rick Ross on our documentary Crack in the System by Marc Levin, and the feature film biopic on his life to be directed by Nick Cassavetes. In that time he has talked to me extensively about the things that went into his existence as a wealthy kingpin during Reaganomics, one of the hardest economic times in modern history for African Americans. It is from these discussions with Rick Ross, and my own experiences that I draw the frame of understanding of the weight of the name, and how it survived. While I don't agree with his choice to deal cocaine as a result of circumstance, I do believe the story of the crack epidemic and Iran-Contra is the most important of our generation. It does not need to be diluted by hip-hop, but rather the story should be supported for its immense historical value. That which we have seen from artist such as Dr. Dre, Snoop Dogg and Akon.

As an attorney that has handled hundreds of criminal cases, I can tell you that far too many of our black men in this generation live hardened criminal lives. As a result of many factors, one being the War on Drugs black men today are the most imprisoned group in the history of the world. Some 10,000 per 100,000 black men between the ages of 25-30 are in jail or prison. To put this statistic in context, the prison rate for Africans in South Africa during the the Apartheid was 836 per 100,000. In the mid-2000s about 10.4 percent of the entire African-American male population in the United States aged 25 to 29 was incarcerated, by far the largest racial or ethnic group-by comparison, 2.4 percent of Hispanic men and 1.2 percent of white men in that same age group were incarcerated. While it has been stated many times the War on Drugs is a major problem for America, I tend to think these numbers reflect that cost is not bore by all Americans equally. The shadow of being a threatening black male is carried around in our daily lives, no matter our personal criminal record. It is within this culture that we see the mutated celebration of the black anti-hero in our entertainment. We see this with artist such as Jay-Z, Rick Ross and more rapping of cocaine dreams and drug sales leading to a way out. When the system fails to recognize you, you will operate outside of it to acquire your means for survival.

Yeah, it was all a dream on the corner serving all them fiends, me and a bunch of my ni**as we was all a team. The system labeled us killas, but momma called us kings... Walked through the hall of a prison, now it's the hall of fame -- And people got the nerve to ask why I wear ALL these chains... When I was booked, they had me shackled to the wall of shame... So I'm just representin', better yet just reminiscin' -- Put down on that Bentley truck, I used to want the Expedition -- Now it's bigger things, grew up and got bigger dreams -- Cause in my hood, ni**as try to smoke you just like nicotine -- look how far we've came... through these Maybach Curtains I see our lives have changed.

Through these stories of survival come the makings of great tales of overcoming odds. Life stories that could even in some cases lay shame to larger than life fictional figures such as Scarface, because they are real. A place where stories exist like that of a poor black kid named Rick Ross that makes nearly a billion dollars in a lifetime despite the odds against him. This recognition has been best displayed in hip-hop culture as it has grown to celebrate these anti-heroes in song. But as the music celebrated the anti-hero it forgot itself in its success. Hip-hop forgot to pay homage to the stories and neighborhoods that underpinned its existence. These people and places just became fan bases that are suppose to continue to support an elitism that looked down upon them as they handed over their hard earned dollars.

As Ross and I wrote in a prior piece:

Inside of these song's lyrics is the kindling of a brushfire for violence, because the starting point is incorrect. It is a foundation built on low self esteem and selfish statements of I have what you can't afford -- from something as simple as a passport and its stamps, to some European item that's hard to pronounce and can even include a man's mate in some of these songs. Hip-hop has the power to be so much more than that simple. At my height I did not make hundreds of millions to belittle those around me, this is what elitism has driven rap into becoming. A tool to marginalize the have-nots as rappers say what they invented, how they will protect it and how your less than for not being in the same class. The goal cannot be to have large sums of money to marginalize your fans with diamonds they don't have, clothes they can't afford or cars they have not seen.

Earlier this week a story was released that Suge Knight had obtained a direct admission from Rozay that he "studied 'Freeway Rick Ross' in taking on 'his' image and name." When fables become distorted recreations of reality it can become dangerous, particularly if the person called on them is not honest after the fact. The power of the name Rick Ross is its ability to truly recognize its own fault and become more through redemption, the hope is that William 'Rozay' Roberts is able to learn this part of Rick's story. As the Real Rick Ross stated earlier this week "... when you violate someone just address it as a man, you need to say that it wasn't intentional or nothing like that. It's OK to apologize and make things right with a real agreement out of respect." The hope is the artist can learn this last lesson of wisdom from a kingpin, for all of our sake. A lesson that a true boss kingpin knows when then the line is crossed, and how to apologize to a gangster if he is wrong. 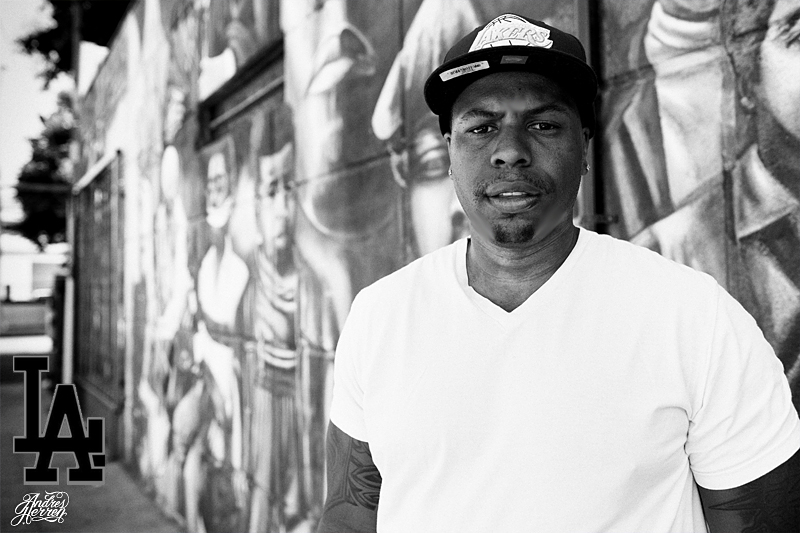