Santorum, a devout Catholic, told Philadelphia radio host Dom Giordano on Monday that the pope should "leave science to the scientists."

His comments come as the pope, who holds a degree as a chemical technician and worked as a chemist before turning to the priesthood, becomes increasingly vocal about climate change. Pope Francis is preparing a groundbreaking encyclical to be released in the coming weeks that's expected to make the case that taking action to fight climate change is a moral and religious imperative.

Santorum described himself as a "huge fan" of the pope and said he appreciates the pontiff's commitment to family issues, but he wants the church to stay out of science.

“The church has gotten it wrong a few times on science, and I think that we probably are better off leaving science to the scientists and focusing on what we're really good at, which is theology and morality,” Santorum said. "When we get involved with political and controversial scientific theories, I think the church is not as forceful and credible."

His full comments from "The Dom Giordano Show" are included below. The discussion of the pope starts at about the 10-minute mark.

Despite his pleas to the pope, Santorum has a history of rejecting established science. He denies that climate change is man-made and has dismissed global warming as a "hoax" despite the fact that 97 percent of peer-reviewed papers on climate science endorse the consensus view that human activity is causing climate change, according to an analysis. In addition, surveys find that 97-98 percent of actively publishing climate scientists agree that "climate-warming trends over the past century are very likely due to human activities."

Santorum has also rejected evolution and instead believes in "intelligent design,” according to Discover magazine. 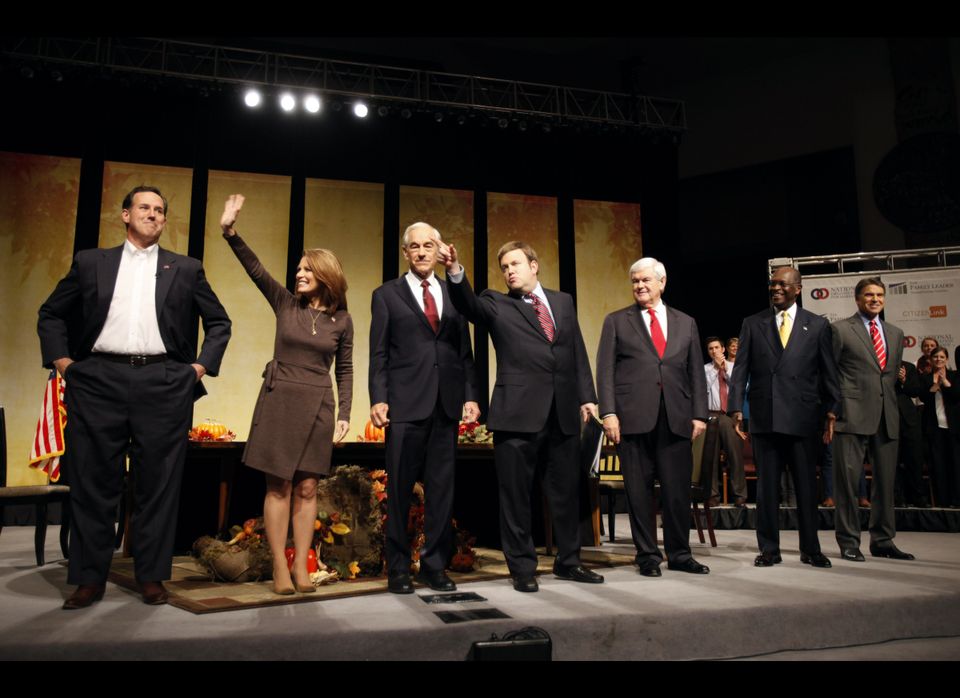 1 / 10
"Love And Marriage" (Frank Sinatra)
<a href="https://www.huffpost.com/entry/rick-santorum-gay-marriag_n_1105063" target="_hplink"><strong>(Nov. 21, 2011) --</strong></a> While speaking at Iowa's Thanksgiving Family Forum, Santorum let loose on his views about gay marriage. "There's a basic and central value," he said. "The family is the bedrock of our society. Unless we protect it with the institution of marriage, our country will fall." (AP Photo/Charlie Neibergall)
AP