WASHINGTON -- Although Pope Francis has been hailed for being more open to gays and lesbians within the Roman Catholic Church than his predecessors were, former Sen. Rick Santorum (R-Pa.) -- a Catholic known for his socially conservative views -- had nothing but praise for the pontiff on Sunday.

When asked by NBC's "Meet the Press" host Chuck Todd whether he is as "excited" by Pope Francis as other Catholics around the world appear to be, Santorum replied, "I am. He's a humble man. He lives the faith out in his own personal life. ... He's here to be a shepherd; he isn't here to be a scold. I think that's a good thing for the church and for the world, frankly."

Francis has not veered from the Catholic Church's basic doctrine against homosexuality, but he has suggested he would not judge priests based on their sexual orientation.

“If someone is gay and he searches for the Lord and has good will, who am I to judge?" the pope stated last year.

The Washington Post reported recently that gay Catholics in Italy are feeling the "Francis effect" -- "a burgeoning spirit of acceptance in pockets of the church’s grass roots."

Santorum, however, said he doesn't believe the pope appears to be more progressive on social issues.

"I don't think he's coming across as lenient at all," said Santorum. "He's actually given speeches very much staying with the line. What he's doing is the right thing. He's looking at a world, he's looking at his faithful that are really struggling right now, struggling with their faith. And he wants to focus on the central thing, which is the good news. He's not out there saying you can't do this and that, and we're against this and against that."

Last year, Santorum also tried to shoot down suggestions that the Catholic Church may become more accepting of gay men and women after the pope's now-famous remarks.

“I’ve read the whole transcript, and what he said early on was that ‘I don’t know anybody who puts gay on their identification card.’ He said it in that context,” Santorum said. “I think all believers need to understand that we need to respect and love everybody and treat everybody with dignity and respect. There’s no room for harshness in respect to this issue -- but that doesn’t mean the church doesn’t have the right to believe what is right and wrong.” 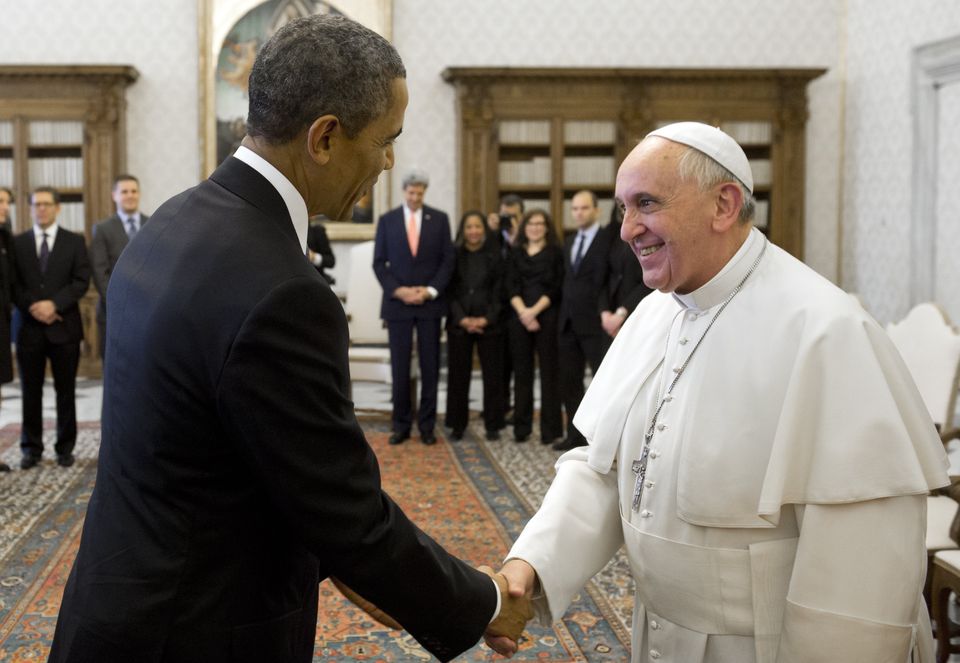