Much ado has been made about Newt Gingrich and Mitt Romney in the GOP primary, but we haven't heard so much about Rick Santorum. His poll numbers are languishing and he's been pleading with voters to remember his name.

So, in what might be another attempt to win back some attention, the GOP presidential hopeful appeared alongside his GOP peers yesterday in an eye-catching outfit.

Santorum, Rick Perry, Michele Bachmann and Newt Gingrich were in Des Moines for the screening of an anti-abortion film, "The Gift of Life," yesterday. Each one tried to outdo the other in a game of "I'm more conservative and love unborn fetuses more than you!" one-upmanship, with Santorum aiming his comments directly at the other candidates.

But his strong stance may as well have been totally undermined by his wimpy appearance: the man wore a sweater vest.

The vest was beige, layered over a baggily cut, blue button-down shirt. The layering was not sleek in a nonchalant, J. Crew catalogue sort of way, but rather lumpy and poorly executed.

So the real question is this: is a sweater vest ever OK? On the one hand, some guys can make it look cool, e.g. Ryan Reynolds in GQ. On the other hand... well, two words for you: Chandler Bing.

While Rick Santorum's outfit choice may have delivered part of his desired message ("Look how conservative I am!") it also might have delivered another one entirely: "I don't own a mirror." 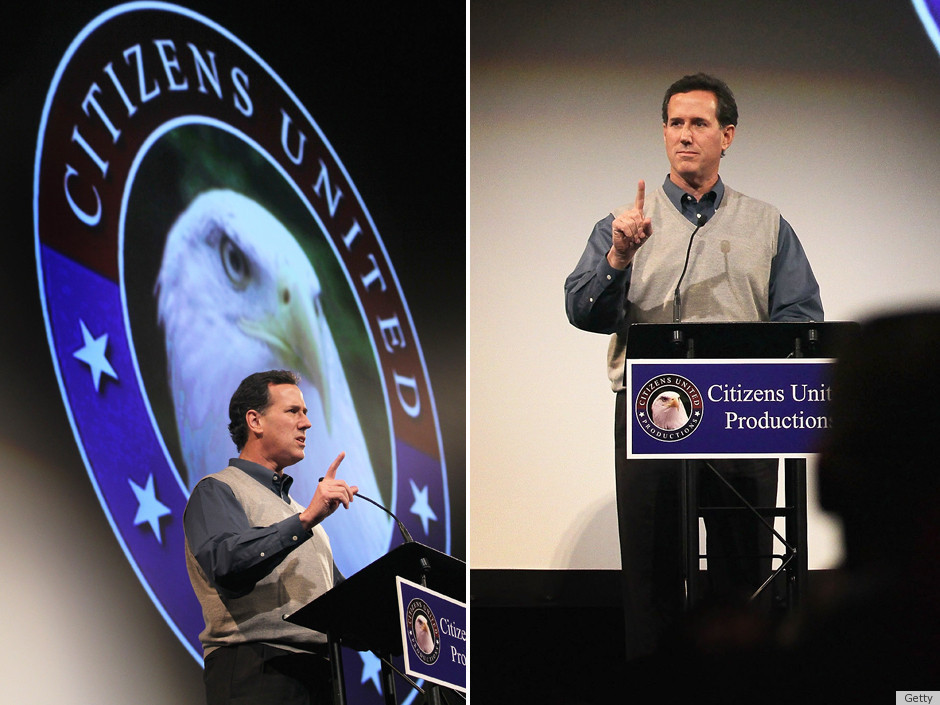