Invoking his mother’s death, the fierce Obamacare foe went on TV and vowed to support expansion of his state’s Medicaid program to cover one million low-income Floridians. “I cannot, in good conscience, deny the uninsured access to care,” he said. He won re-election the next year, eking out a slim 64,145-vote margin of victory over his Democratic opponent.

In April 2015, Scott reversed course again, announcing his renewed opposition to the policy he’d once called “a compassionate, common-sense step forward.” PolitiFact declared the move a “Full Flop.” A month later, AP reported that Scott conceded his prior support for Medicaid expansion “was all a ruse” (to win a federal waiver for Florida) ― which he later claimed was a mischaracterization of his remarks.

Now Democrats and environmentalists are accusing Scott of yet another about-face in the lead-up to his widely expected challenge to Sen. Bill Nelson (D-Fla.) this year. (Under Florida law, the governor can’t run for re-election in 2018.) Last week, Scott ― usually a staunch fossil fuel proponent ― came out against the Trump administration’s plan to open nearly all U.S. waters, including those off Florida’s Atlantic coast, to oil exploration.

On Tuesday, Interior Secretary Ryan Zinke flew to Florida to announce the Trump administration’s decision to remove the state’s waters from the federal government’s five-year offshore drilling plan, at Scott’s behest. Zinke credited the governor with convincing him, describing Scott as “a straightforward leader that can be trusted.”

Yet Scott has long supported drilling in and around the Sunshine State.

“How sincere is Gov. Scott’s position on offshore drilling, on a scale of 1-10?” said Jim Gross, executive director of Florida Defenders of the Environment, referring to Scott’s announcement last week. “I’d give him a zero.”

“I have spent my entire life fighting to keep oil rigs away from our coasts,” Nelson said in a statement. “This is a political stunt orchestrated by the Trump administration to help Rick Scott who has wanted to drill off Florida’s coast his entire career.”

“Floridians know and remember how Scott consistently championed unsafe oil drilling practices that jeopardize our economy, our safety and our way of life,” Terrie Rizzo, chairwoman of the Florida Democratic Party, told HuffPost. “His blatant attempt to rewrite his record with a tweet is just another attempt to mislead the public for the sake of his own personal political ambitions.”

In May 2010, a month after BP’s Deepwater Horizon drilling rig exploded in the Gulf of Mexico, Scott, who was running for his first term as governor, announced his opposition to a state constitutional ban on offshore oil drilling. Meanwhile, some 200 million gallons of crude were pouring into the Gulf. That December, three months after the well was finally sealed, the newly elected governor said on CNN that he opposed then-President Barack Obama’s six-month moratorium on all deepwater offshore drilling.

“You don’t put in a moratorium,” Scott said. “Let’s figure out how we can do it safely because we cannot afford to mess up our beaches or our economy.”

In a roundup of his statements published a day later, Florida-based PolitiFact said Scott had “stuck to his oil drilling script.”

In September 2011, Scott threw his support behind GOP presidential candidate Michele Bachmann’s plan to drill for oil in the Florida Everglades. He walked back that statement hours later. At the time, he owned a $135,000 stake in an oil services company involved in drilling in Collier County, near the Everglades ― something that didn’t become public until June 2014, when the Tampa Bay Times and Miami Herald published a joint investigation.

In the years since, Scott has stayed mostly mum on offshore drilling. President Donald Trump signed an executive order in April instructing the Interior Department to review the federal government’s current five-year program for leasing oil and gas rights, which was finalized in November 2016 by the Obama administration. In May, Scott refused to comment on the order.

In August 2017, when nearly all East Coast governors ― including Maryland Gov. Larry Hogan (R), New Jersey Gov. Chris Christie (R) and North Carolina Gov. Roy Cooper (D) ― publicly urged the Trump administration to continue the federal ban on oil and gas leasing off their shores, Scott refused to join them.(The administration did, however, send a letter that month to the Interior Department expressing concerns about drilling.)

When Interior Department officials briefed congressional staff on the administration’s new drilling plan this Monday, they included a map showing which state governments had submitted official comments on the plan when they were asked in July. Two states did not respond. But only the Scott administration did not take a position.

But environmental issues could take center stage in this year’s Senate race. Nelson, a three-term incumbent, scored 100 percent on the nonpartisan League of Conservation Voters’ 2016 ranking.

So in October, the Scott administration ― described by one environmentalist as “a miser on the state budget” ― suddenly proposed spending $1.7 billion on environmental projects, an increase of $220 million from the previous year. That proposal, according to political blog Florida Politics, offers “something for most constituencies,” including $50 million for state parks, $55 million for springs, $100 million for beaches, $355 million for Everglades restoration and $50 million for Florida Forever, the Department of Environmental Protection’s conservation arm.

Scott continues to reject the science behind climate change. Yet in an attention-grabbing turnaround in November, his administration acknowledged the reality of rising sea levels and requested $3.6 million for coastal “resilience” projects in his proposed $87.4 billion budget. The previous month, Tallahassee Mayor Andrew Gillum, a Democrat, dubbed Scott “the election year environmentalist.”

The offshore drilling plan deemed too radical in 2005 could then become the new middle ground, and Scott would look like a moderate.

To understand Scott’s larger strategy here, it helps to examine where oil companies want to drill off Florida’s coast. The eastern Gulf of Mexico is the real prize. The federal government banned oil development in that area in 2006 due to the Defense Department’s concerns that drilling interests could clash with military exercises. But in October, Royal Dutch Shell said that “we have appetite and we are interested” in the eastern Gulf, and industry groups told Reuters their focus was on that region.

“The eastern Gulf of Mexico could be very attractive to industry because of the proximity to existing infrastructure in the central and western Gulf of Mexico,” the National Ocean Industries Association, a trade group representing the offshore oil and gas industry, said in a statement. “Investing in the eastern Gulf could yield results ― new jobs, new oil and gas production and increased energy security ― quicker than investing in other offshore areas.”

On Page 32 of the Interior Department’s draft plan, the agency outlined its proposal to open federal waters starting nine miles off Florida’s coast to drilling. It also laid out four options for larger potential buffer zones, ranging from 50 to 125 miles offshore.

Then-Florida Gov. Jeb Bush (R) proposed allowing drilling beyond the 125-mile mark in the Gulf in 2005. He lost that battle after environmentalists mounted a fierce challenge.

“It was music to my ears to hear that Gov. Scott has changed his position on offshore drilling,” Rep. Frederica Wilson (D-Fla.) told HuffPost. “I sincerely hope that Gov. Scott’s opposition is genuine and not an act of subterfuge to trick Floridians into believing that he is an environmentalist in an election year.”

Scott is now well-placed to go down that second road.

The Trump administration plan essentially gave the governor a roadmap to press Zinke for compromise in the areas where the oil industry has little interest in drilling anyway, such as off Florida’s Atlantic coast and around the Florida Keys. The plan deemed too radical in 2005 could then become the new middle ground, and Scott would look like a moderate on the issue.

“He creates a situation where he comes in with a compromise and tries to make himself look like a hero,” Frank Jackalone, director of the Sierra Club’s Florida chapter, told HuffPost before Tuesday night’s announcement. “He could claim that he got the feds to back down except for this portion.”

“For those who have been fighting offshore drilling in Florida for a long time, that would be an immense defeat,” Jackalone added. “That would be a whole new area of drilling coming 100 miles closer to Florida’s coastline that we have successfully fought for 20 years.”

Lauren Schenone, Scott’s press secretary, declined HuffPost’s request to interview the governor and did not answer emailed questions about the timing of his reversal on offshore drilling. She sent HuffPost the statement that Scott had tweeted this past Thursday.

After this story published, Schenone sent an additional statement: “The Governor has been consistently clear that he would never support anything that would harm Florida’s environment.”

“Just like the typical, self-serving politician that he is, Rick Scott will say anything to try and advance his own political ambitions,” Bergstein, now a spokesman for the Democratic Senatorial Campaign Committee, told HuffPost on Monday. “His long, well established record of backing drilling off Florida’s shores and beaches is as offensive to voters as his pathological and craven dishonesty.”

Other Florida Republicans also opposed the Trump administration’s proposal last week, including Sen. Marco Rubio and Reps. Carlos Curbelo, Matt Gaetz and Vern Buchanan. But Scott, a loyal Trump ally whom the president has repeatedly encouraged to run for Senate, was the only one to be acknowledged by the White House.

In his call with reporters last week, Zinke called Scott “a great governor” with whom he looked “forward to having a dialogue.” In a tweet announcing his decision on Tuesday, Zinke said “local voice matters,” although he made no mention of the dozen other governors who opposed offshore drilling.

“Just because we may differ on issues from time to time,” she added, “doesn’t mean that we can’t still have an incredibly strong and good relationship.”

This article has been updated with a statement from Rick Scott’s press secretary. 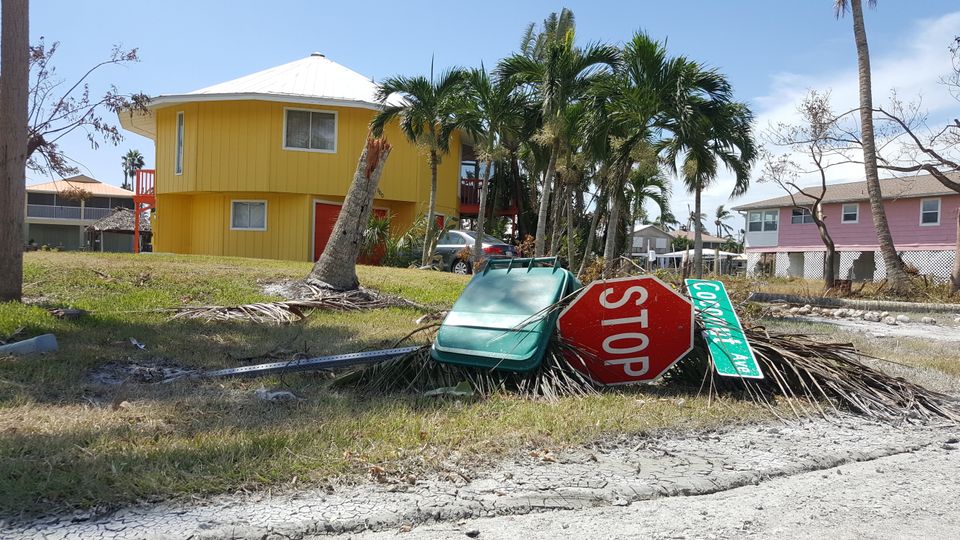