Do you feel unaffected by the government shutdown?

It may not last: Miami-Dade County alone is losing $31 million in personal income per week, a number that reaches $46 million across South Florida, according to a county economist's report cited by The Miami Herald.

Though it is expected local federal employees will eventually receive backpay, there's no telling how long the shutdown may last: no specific determination on how to end it was reached Thursday night when President Obama met with 20 House Republicans.

Meanwhile, Florida Governor Rick Scott (R) has forbidden the use of state funds to keep federal programs run by the state afloat, according to a memo obtained by the Times/Herald Bureau. Some of the programs facing closure serve foster children, veterans, and schools:

[Scott's Chief of Staff Adam] Hollingsworth did not address what might happen to a handful of federal programs administered by the state that are expected to run out of money in the next four to seven days. Federal assistance programs that serve foster children, veterans programs and small to medium-sized school districts are all expected to be short of cash beginning Oct. 14, state documents show.

In addition, two state agencies that manage federal programs are in jeopardy of losing funding. Records show that 274 employees at the Department of Military Affairs are being furloughed and that the Florida Department of State next week will run out of money to pay the rent on some of its buildings.

The Department of Juvenile Justice had planned to use cash in its trust funds to make payments for its adoption and foster care programs, but Hollingsworth's directive appears to prevent it.

Though the federal government is allowing states to re-open some national parks, Scott also declined to use state funds on Everglades National Park despite damages to businesses that depend on park tourism and a protest Wednesday from commercial fishing guides denied access to park waters.

The protestors, aboard some 100 boats, also included restaurant employees and other Keys residents who depend on fishing tourism for a living. (Watch video above.)

"These are guides, these are bartenders, these are mates, they're captains, they're store owners, they're hotel owners, residents, so it's everybody getting together to stand up for what's going on because this really needs to get resolved before it gets any worse," said organizer Randy Towe, a fishing guide for 35 years.

According to the National Park Service, visitors to Everglades National Park spend some $147 million in surrounding communities each year. 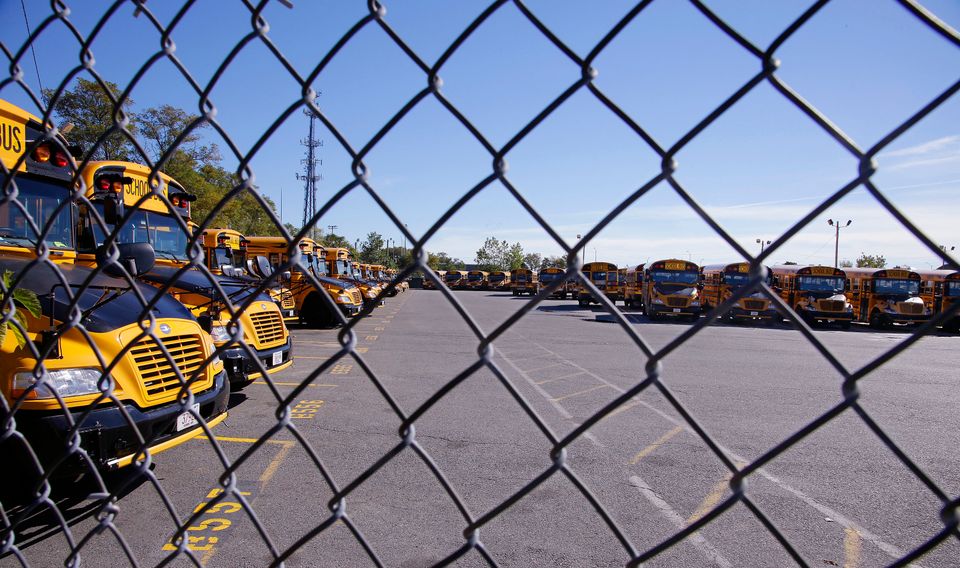 1 / 14
School District Hiring Freeze
Miami schools are operating short on staff because they've been unable to to check that new employees are eligible to work in the U.S. through the Department of Homeland Security's e-verify website. “We have 123 new hires, mostly educators, who can’t start work,” <a href="http://www.miamiherald.com/2013/10/11/3684582/miami-dade-schools-stops-hiring.html" target="_blank">Miami-Dade School District spokesman John Schuster told the Miami Herald</a>. “These are people who have been interviewed, selected and can’t begin work. That’s including vacancies at some of the schools with the most critical needs.”
AP