Thanks to a slew of Billboard hits, a Grammy win for "Jessie's Girl," and a two-year stint on the daytime soap "General Hospital," Rick Springfield emerged as one of the biggest music celebrities in the '80s. Though it's been decades since Springfield first burst onto the scene, his star power seems to remain -- even "Oprah Show" audiences of recent years have still been reduced to shrieks and excitement in the presence of this rock icon.

But, Springfield says, not everyone is impressed by his celebrity. In the above video from "Oprah: Where Are They Now -- Extra," the 65-year-old remembers a rather "embarrassing" moment at a store when he tried to return an item without a receipt. Some people of a certain status would likely throw their weight around in that type of moment, but did Springfield actually utter the words, "Do you know who I am?"

"I'm very embarrassed to say yes," he admits. "It was pathetic!"

At the time, Springfield was performing in Las Vegas at the MGM Grand. It was such a high-profile gig that it was almost impossible not to recognize the iconic star. "My billboard was all over freaking Vegas and on every taxi cab," he says. "[It was], like, 40 feet high on the MGM Grand."

While his son was visiting during this performance run, Springfield bought the boy an air rifle that ended up being defective. So, he tried to return the item in exchange for one that worked.

"I took it back to this lady and I said, 'This doesn't work. Can we get another one [to] replace it?'" Springfield recalls. "She said, 'Well, where's your receipt?'"

He didn't have one. "I'm the 'paper Antichrist.' As soon as I have a piece of paper, it's gone instantly," Springfield says.

So, he tried another route.

"I actually said, 'Do you know who I am?'" Springfield says. "Because of my son... I'm failing in front of my son! I'm going, 'I'm Rick Springfield, dammit!' and instantly felt like an idiot as soon as I did it."

The woman, as it turns out, was well aware of who he was. "She said, 'I know, I really think you're great!'" Springfield says with a laugh. 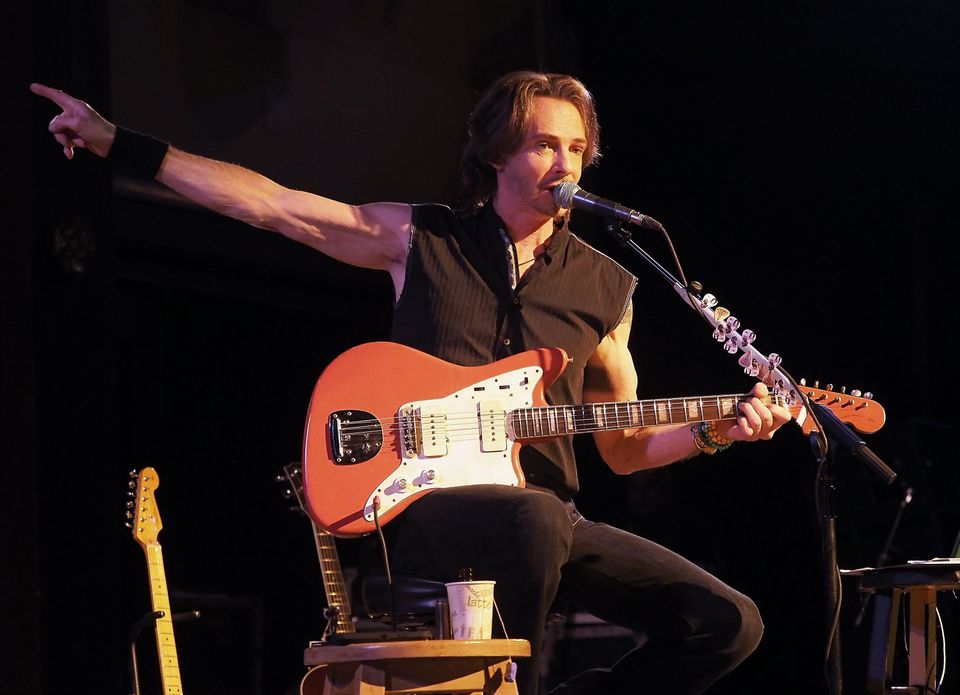 1 / 44
2015
Rick Springfield performs his 'Stripped Down,' an intimate evening of music and storytelling at The Concert Hall on February 21, 2015 in New York City.
Debra L Rothenberg via Getty Images