Since re-joining Twitter on Thursday, Ricky Gervais has been hard at work, sending dozens of messages to his ever-expanding list of followers. Thus far, that's mostly meant tweeting photos with glib or politically charged captions, but having gone nearly two years with nary a single tweet, any and all transmissions are surprise treats.

Over on his blog, Gervais answered a few FAQs about his new interest in the social messaging service, and, more significantly, revealed plans for two new shows.

"Yes I am writing the sitcom and maybe a movie of Derek," he wrote on Saturday, presumably referring to Derek Noakes, a mentally challenged character he played in some of his older sketch works. Derek, an aspiring comedian who loves animals and still lives with his mum, appeared in a sketch from 1999, which you can see above.

Some idiots are suggesting that Derek Noakes is a fake. They are saying he's an actor called "Ricky" and everything he says is scripted.

As if you could script that shit. It wouldn't be worth it. Also, why would any self-respecting actor want to come across as a div? No. Derek is real. I know him and he's like that 24/7.

He's a good friend and that's why I'm going to get him a TV series.

Gervais also revealed plans for another TV series, this one starring his two latest muses in Karl Pilkington and Warwick Davis, the latter of whom stars in Gervais' new series, "Life's Too Short."

"We are planning a pilot of my show idea 'The Short Way Round,'" he wrote. "Basically I send Karl around the world on a bike with Warwick in the basket on the front. It's not Shakespeare but it's f*cking funny right? The 3 of us did a photo shoot together last week. I may post a sneak look soon."

Here's the caption to the photo below: "This is my 'fat, coked-up, Tory MP dying on a rent boy' face. Ha ha. I'm more proud of this than 'The Office.'" 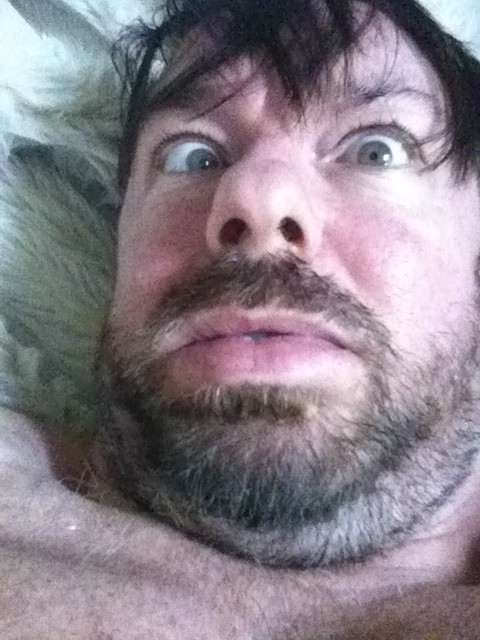