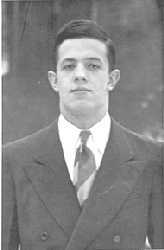 I don't pretend to have known John Nash. Once upon a time, though, when I was a graduate student in the English Department at Princeton University, I often saw him in a somewhat unlikely place.

The university has been served since 1865 by a small train line that used to consist of two cars, running between a stone station at the edge of campus and Princeton Junction. The little train, called the Dinky, was spared demise during recent hundreds of millions of construction. Now it shuttles back and forth from a new station complex many times a day from town to the Junction, carrying more commuters to New York than it does Princeton students and faculty on their way to and from the trains to New York and Philadelphia. Its comforting whistle can be heard softly all over town.

F. Scott Fitzgerald, who attended Princeton from 1913 to 1917, was a bright-eyed freshman when newly elected President Woodrow Wilson (formerly president of Princeton University, and governor of New Jersey) returned to town -- by Dinky -- to vote. Hundreds of cheering undergraduates met him at the station. Fitzgerald memorialized the Dinky in his novel of campus life, This Side of Paradise (1920), by having his hero Amory Blaine arrive thus at school, walking with his suitcase up University Place from the station to his dorm:

"At first Amory noticed only the wealth of sunshine creeping across the long, green swards, dancing on the leaded window-panes, and swimming around the tops of spires and towers and battlemented walls. Gradually he realized that he was really walking up University Place, self-conscious about his suitcase, developing a new tendency to glare straight ahead when he passed any one. Several times he could have sworn that men turned to look at him critically. He wondered vaguely if there was something the matter with his clothes, and wished he had shaved that morning on the train."

I rode the Dinky when I was a grad student in the 1990s and rarely drove to park at the Junction -- in part because there were rarely parking spaces there, in part to avoid the increasingly heavy Route One traffic, and in part because I just liked it. You could walk across a beautiful campus and hop on the train, zooming past long lines of cars and looking out at trees, the Delaware & Raritan Canal, and lush plantings in professional parks on a trip of minutes to connect with the main New Jersey Transit and (at the time) Amtrak lines.

One day in the fall of 1993, on my way to New York for an afternoon Broadway matinee on a near-empty Wednesday midmorning Dinky, I saw an older gentleman in a button-down shirt, khakis, and a raincoat, also khaki colored -- the kind I thought of as a Brooks Brothers raincoat, not a trench coat, but unbelted.

He was slim but not slight. He had a thin face that looked a little like Jeremy Irons's, straight gray hair and deep dark eyes. I noticed, happily, that he wore Converse high-top sneakers. An old preppy guy in Chucks: that was cute. We smiled and nodded a silent greeting at each other.

I saw him there again, and again, that winter and the next spring. "Who's he?" I finally asked a conductor. "That's Professor Nash," the conductor told me. "He rides the Dinky a lot. We don't charge him for the trips -- sometimes he stays on for a couple of hours. Sometimes he reads. Usually he just looks out the window."

I knew nothing else about Nash, then, but it seemed harmless and charming to me, and childlike, also: a Princeton professor, enjoying solitude and scenery on the Dinky. Sometimes I'd say "Hi, Professor Nash," and he'd reply "Hello," or "Hi there," in a soft Southern accent that was pleasant to me, as I'd grown up with one, too. One time I asked him, "Are you heading on into the city?" He shook his head. "No," he said, and then he smiled, a surprising, broad smile that entirely changed the shape of his thin face. "I just like trains." I never presumed to introduce myself, or intrude upon his time to himself by saying more.

In 1994, Nash won a Nobel Prize in Economics. Sylvia Nasar's biography A Beautiful Mind, and the movie of the same name based upon it, followed in 1998 and 2001. Filmed at Princeton, and starring Russell Crowe as Nash, A Beautiful Mind won four Academy Awards, including Best Picture. Professor Nash was a celebrity, courted and treated as such. 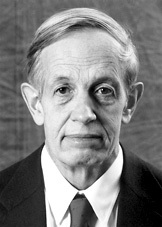 John Nash in 1994, via NobelPrize.org

A decade after that winter's day in 1993, I had gotten my Ph.D. from Princeton and was at The New School University in New York, teaching Modern literature, and Irish literature and culture. During the term break of 2003, I headed down to Princeton for a few days' research in Firestone Library. When I got off the New York train, early on a December evening, the Dinky wasn't there to meet us. To sit out the wait, I walked down to the newspaper machines by the cab stand for something to read.

Professor Nash had been on the incoming train from New York too. He was in a dark suit, dress shoes, and a nice wool Chesterfield coat. He looked very dapper, and several people were with him, heading for a waiting car. "Hi, Professor Nash," I said. "Hey, no Dinky today?" He stopped, and looked at me, "Oh, hello. No, no Dinky today." He shook his head as he spoke, and finished, rather sadly, "I don't really take the Dinky much, these days. But I like to when I can." His gentle accent turned the "I" into "Ah"; he pronounced no "naw." Then he smiled, and waved at me, and got into the car.

That was the last time I ever saw him. On the Sunday before Memorial Day, thousands of miles from Princeton in a foreign country, I read online the news of John Nash's death, together with his wife Alicia, in a taxi on the New Jersey Turnpike. The New York Post reported that they had arrived early on a flight from Norway, and called a taxi in advance of their car scheduled for later. For anyone to die in a crash on the Turnpike, that busy, industrial road, is tragic. It seemed even crueler to me that an old couple in their eighties, returning from yet another award ceremony and tired from a transatlantic flight, should die just wanting to go home. 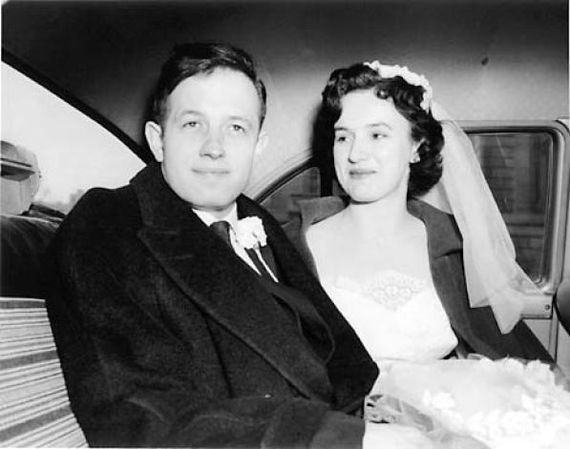 I thought of the quiet gentleman in his light raincoat and Chucks, who liked to sit and think, or just sit, on the little train bearing him safely, constantly, in and out of town, off campus and back on again. There were no camera phones back then; no one photographed him there, and no one otherwise bothered him. He found a point to its to and fro; he looked, and I hope was, happy there. I so wished that, last Saturday afternoon, Professor Nash had been on the Dinky instead.