With the help of a trained professional and trusted friends, I somehow quit sugar for a month. 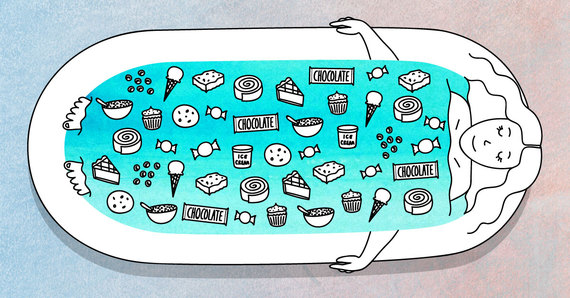 We're going clean in 2016--and not only because it rhymes. Recharge and renew yourself with our favorite healthy recipes.

I once went out to dinner after work with a coworker I'd newly become friendly with. After our meal, I convinced her to share the chocolate pot de crème with me. She ate a spoonful, then pushed it away declaring it "too rich," and I knew we would never be close friends.

For me, sweets are in my top five reasons to live. Tell me you don't want to order dessert because you "don't have room for it," and you'll get the same eye roll as if you said you don't believe in evolution. Basically, sweets are my religion, and I worship by eating some sort of candy, pastry, cookie, brownie, pie or ice cream daily. Once a fellow sugar-addicted friend and I thought we could encourage each other to cut back, not by nixing our 4 p.m. cookie run or ice cream after dinner, but just by taking the baby step of not indulging in "breakfast dessert," a piece of chocolate or salted caramel we'd each eat around 10:30 a.m.; I lasted less than a week.

So last year, knowing that cutting down on sugar in increments hadn't worked for me and sick of how sluggish and self-indulgent I felt after a December of three cookie-exchange parties and a constant intake of red and green M&M's, I took a vow: no processed sugar for all of January.

For years, I've told myself that my sugar habit isn't out of control--after all, I maintain my weight by working out at a boot camp gym, eating freekeh-and-pomegranate salad and drinking green juices. All so I can save my calories for sugar galore. But there are moments when I can't deny anymore that I'm completely out of control: downing my third bowl of Cocoa Pebbles; offering to host book club just so I have an excuse to bake; or feeding that wild-animal feeling I get at 9 p.m. if I haven't had dessert, when I'll start rifling through my cabinets for anything sweet, spraying whipped cream directly from the can into my mouth or running out to the store a block away for a pint of ice cream. Going cold turkey seemed extreme, but my sugar problem was also extreme--and so would have to be the cure.

Sugar is powerful stuff--a landmark 1970s study on newborn babies showed that a drop of sugar made their facial muscles relax and caused them to smile. Despite my parents' best effort to not allow me refined sugar of any kind before I was four years old, I'm downing more than I ever have, and so is everyone else: Sugar consumption has tripled worldwide over the past 50 years, despite the UN ranking sugar as a health threat equal to tobacco. To stay in a healthy range, you should limit yourself to no more than 25 grams a day (that's less than one brownie), but the average American is consuming more like 82 grams, and I wouldn't be shocked if some days I was in triple digits.

Giving up the white stuff was going to be tough, so I asked for tips from Lauren Slayton, RD, owner of Foodtrainers in New York City. She said going cold turkey was the best way, and that I should also cut out sugars we think of as healthy, like dark chocolate, honey, dried fruit, Stevia and all artificial sweeteners, since those make you crave more sugar. She also said to eliminate savory things that tend to be loaded with hidden sugar or fake sweeteners, like gum, salad dressing, ketchup, tomato sauce and peanut butter.

Day one was brutal. Day two was worse. You know how they say the average person thinks about sex every seven seconds? I thought about sugar twice as often. Plus, I was exhausted--I don't do caffeine, so I quickly realized that I had been dealing with all my energy slumps by feeding them sugar. I almost stabbed my boyfriend when I found a candy bar wrapper in his car, since he was supposed to be doing the challenge with me (he promised it was weeks old).

Slayton warned me that for the first five days, I'd have full-on withdrawal symptoms: I'd be cranky and tired, and I'd have headaches and even feel like a cold was coming on. I told her I didn't think I could make it a month. Hadn't she said that two weeks was enough of a cleanse? She said to stay strong and promised that after five days, my blood sugar would even out and I'd start feeling better. Until then, I whined. I fantasized about cinnamon buns. I thought about sneaking to the 24-hour grocery store in the night and eating Rolos in the florescent-lit aisle, and no one would be the wiser. I got mad at myself for having such insane thoughts. 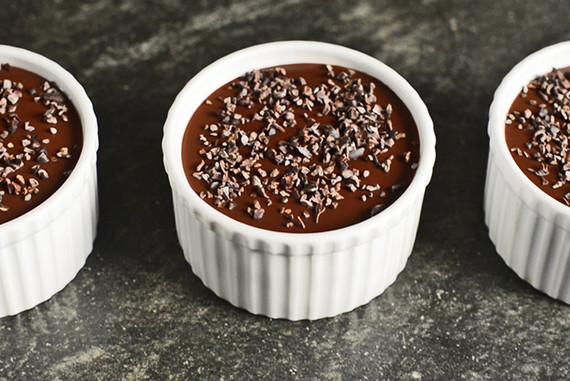 It took eight days. By then, I wanted sweets, but I didn't feel like a crazed beast tearing the house apart. I could make it through the 4 p.m. energy crisis with a green tea, which I'd started having once a day. Two of my closest friends also did the challenge with me, and we relied on each other as sobriety coaches. On day 22, I texted them from a party where someone had brought a box of doughnuts--good ones--and I didn't think I could be strong. They reminded me I could eat all the doughnuts I wanted in February, and I was able to hold on. Plus, I had history behind me, so the stakes felt a lot higher if I messed up and had to start over after eight days than one or two days. I kept thinking about what Slayton promised me: That after the sugar reset is over, your tastes are reset. "We're so accustomed to things being super sweet, so it takes elevated levels to get our fix. This will retrain your body," she said. "Even things that aren't so sweet will taste sweet, so you'll need less to feel satisfied. You won't be able to eat three pieces of birthday cake like you used to." (Yes, I used to.)

On February 1, I'd hoped to break my no-sugar streak with a truly special dessert, but I was on a road trip in Central Oregon, so my best option was a Dairy Queen. I ordered a small sundae of swirled soft-serve with hot fudge and peanut butter. Part of me was ecstatic to eat it, but part of me hoped my detox had transformed me into one of those "too rich, too sweet" women I'd always made fun of. I hoped that after one month of asceticism, I would be forever changed, a casual sugar eater who's able to walk by a bakery without its siren song pulling me in. Wouldn't I be so much thinner, so much more composed and controlled, if I was able to take it or leave it?

Ha. I wolfed down the whole thing, wishing I'd ordered a medium. It tasted glorious, the only "too" about it was that it was "too glorious for words." In a matter of days, I slid back into my three-a-day sugar pattern. At 4:30 p.m. or after dark, which in February means the same thing in Oregon, my cravings were overwhelming, and I tried to conjure what it felt like in January during those days when I didn't need sugar. I couldn't.

So this January, I'm trying it again. This time, I know that an all-or-nothing approach isn't going to "fix" me or forever change my palate. But my hope is that doing occasional resets, especially after the gluttonous holidays, will help me remember that I do have badass self-control when I want to and that sugar can feel like a treat, not a given.

Unless there's a totally amazing chocolate pot de crème, which will always be a given.