When my paralyzed son Roman Reed told me, he was going on a little trip, I said, "Oh, that's nice!", and went on with my chores. I figured he meant a couple-hour jaunt from Fremont to Sacramento, something like that, no big deal.

But his mother Gloria is more suspicious than I am, and managed to wheedle out of him that the "little trip" involved California, Texas, Alabama, and Louisiana--and that he would be driving all the way.

Complicating matters was a massive storm heading in, perhaps the most powerful ever recorded in this hemisphere...

"That's why I have to go right now," he said, with perfect Roman logic.

Some might ask, why would I allow my son to take such an incredible risk? First, he is 40 years old. The days I tell him what to do are long since gone. Second, if you know Roman, you understand what it means when he makes up his mind.

Fortunately, to Gloria's and my enormous relief, brother-in-law Marty decided to make a two-man road trip out of it.

Even so, Roman's van is old, his powerchair is ancient, and Marty not only has diabetes but is also a stroke survivor, and cannot drive the van.

The purpose of the trip? The same thing that has motivated Roman for the past 21 years--to find and implement a cure for paralysis.

Since his college football accident, September 10th, 1994, Roman has never stopped believing he would find a way to walk again. The research law named after him, the Roman Reed Spinal Cord Injury Research Act of 1999, has developed some amazing work. In fact, the first embryonic stem cell therapies ever done (now in clinical trials supported by the California stem cell agency) sprang from research initially funded by "Roman's Law".

But still my son is paralyzed; and still he seeks the cure.

With his business partner Tori Minus and their companies, Roman owns rights to some amazing biomed patents, (more than that I cannot say) which they are seeking funds to develop; that was the purpose of the trip.

They took off, leaving Mom and I involved in serious worrying.

The first we heard was 48 hours later, a cryptic message: "Van broke down in Texas, phone giving trouble"--and a picture taken through the van's front window. Framed by the steering wheel, the road ahead looked all cactus and sand. 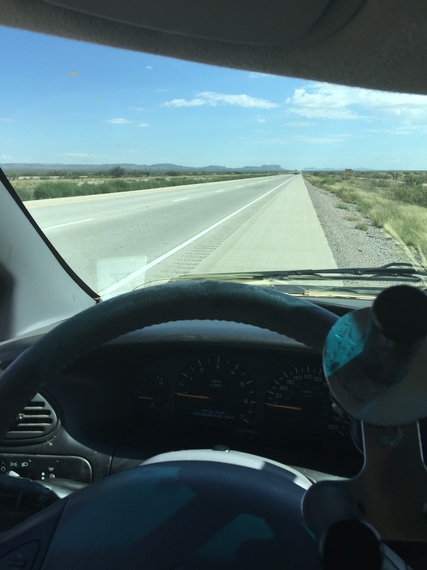 We called him back, without result.

What to do, what to do? Drive down to Texas? Where exactly was he? Could we reconstruct his route? Should we call the police, or the Texas Rangers?

This while the giant hurricane, perhaps the worst in history, wheeled in toward Texas.

Heading home? From where? We knew he was going to meet Tori Minus, also on a resource-development trip, but was he in her home state of Alabama now?

And then at last, impossibly--he was in his living room, his children around him. Jay was talking soccer, while Katherine explained something complicated about school. Roman Jr., was too busy at Cal Berkeley, where he plays baseball and studies and eats. He is a 6'3" wall of rock nowadays--almost as tall as his Dad.

Marty told how the van broke down, making it sound like no big deal.

"It made a noise like it could be the transmission," he said. "So we let it rest half an hour, drove ten minutes till the noise got bad, then we'd stop and cool down, keeping on like that, until we came to a place sold transmission fluid."

The weather was wildly varied. Black fog slowed them to one-mile-an-hour. An incredible lightning storm surrounded them, blasts of electricity seeming miles high. "That was pretty cool," said Marty, "and the rain was just drumming on the roof," he said, waggling his fingers.

But the hurricane did not catch them, though it dropped an incredible two feet of rain on parts of Tejas, and flooded many roads.

The last 27 hours they had driven straight through. Roman's right wrist was black and blue from operating the hand controls so long.

"The meetings went great!", he said, and launched into a 90 minute discourse, none of which I can share. The business details I don't understand anyway. 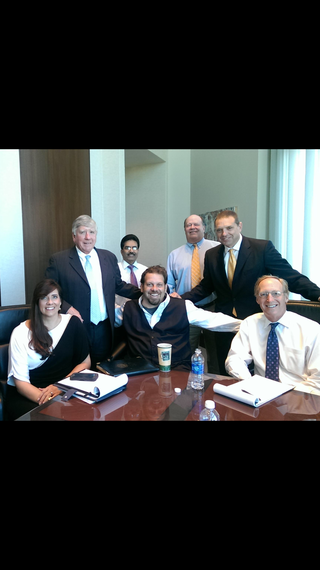 But of one thing I am certain. When cure comes, as it will, for paralysis and cancer and diabetes and all the other "incurables"-- nobody will ever guess the thousand pains and chores that had to be endured: to make change come.

And dream the dream of walking again.

Don C. Reed is the author of the forthcoming book, "STEM CELL BATTLES: Proposition 71 and Beyond: How Ordinary People Can Fight Back Against the Crushing Burden of Chronic Disease", from World Scientific Publishing, Inc.