Twenty-five years in politics put me in contact with every kind of saint, sinner, wacko and true believer. Included were more than my share of bigots and hate-mongers. It's not that there were large numbers of them; it's that they were memorable. And in the context of American politics, mostly fringe players, some mainstream but smart enough to keep their mouths shut most of the time. So, I had thought, it must be elsewhere. 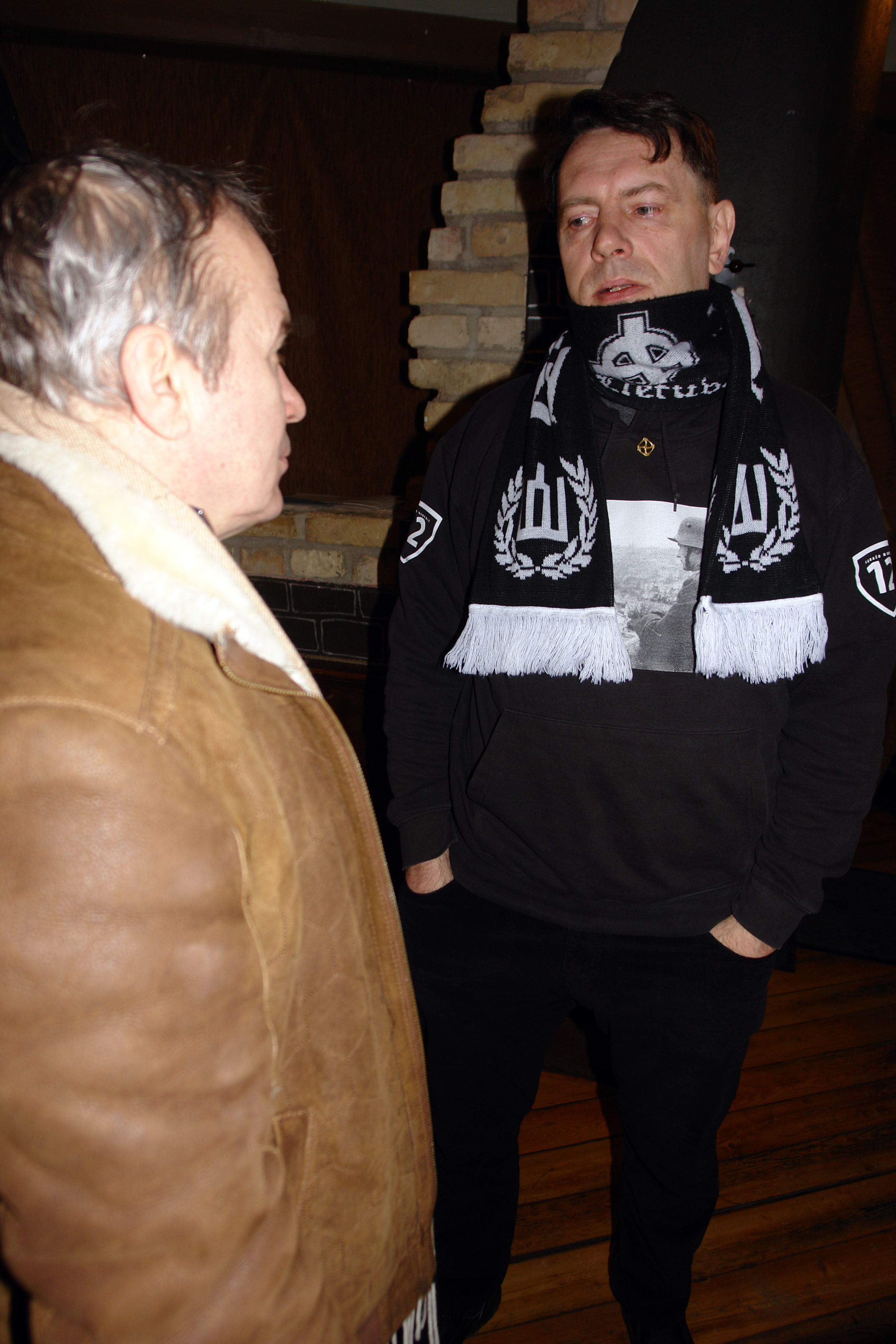 It takes a trip overseas to understand that things are moving in different, and shocking, directions. On March 16 I was in Riga, Latvia to witness a procession and flower-laying in honor of surviving and deceased members of the Latvian Waffen-SS, those who took a personal oath to Hitler, and some of whom were death squad participants. In their midst were several young men who are Members of the Latvian Parliament, from what is euphemistically called an ultra-nationalist political party. In their midst were several elderly men, wearing the uniform of their Waffen-SS unit, the Latvian Legion.

On March 15 we had visited several sites of massacres, mass murders and concentration camps where hundreds of thousands of people had been shot or otherwise killed. The next day I'm standing face-to-face with someone who might have been there.

My personal reactions were not easy to sort out. I wanted to be fair, in the traditional American sense. The man I faced "might" have been there. He might not. Many members of the Latvian Waffen-SS were drafted and served as soldiers fighting troops from the Soviet Union, which had occupied Latvia in 1941. They were not members of death squads. There's a raging historical argument about exactly who did what to who, and it is impossible to connect the historical truth of mass murder to a particular, elderly, be-ribboned man in an old uniform. 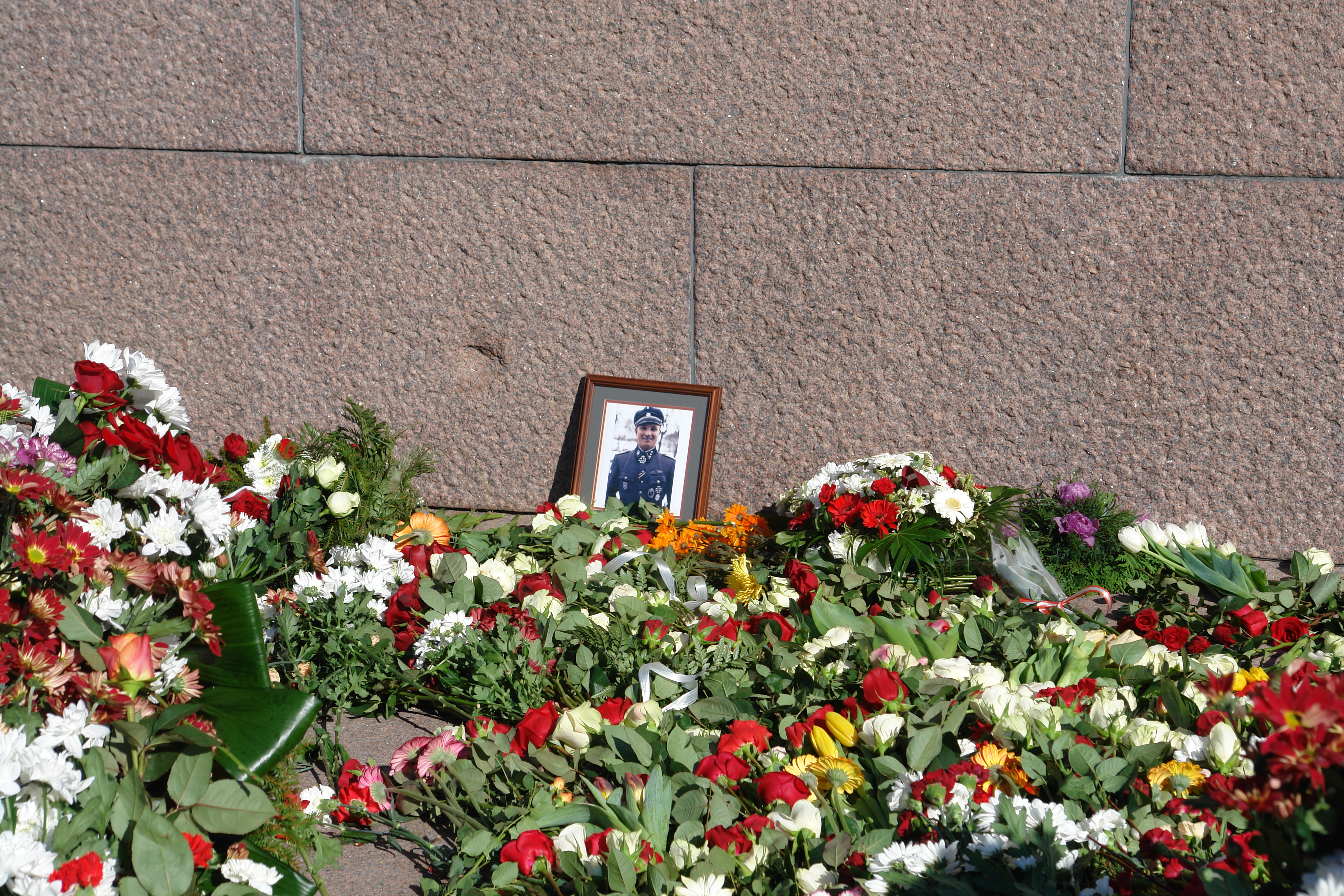 But even admitting the moral uncertainty, there were existential voices to be heard at the mass murder sites, and I heard them. They cry for justice and to be remembered, the little we can offer to the murdered millions. I felt an obligation, to say or do something. I had no idea what that might be.

I expected to be angry. It didn't happen, and I'm not sure why. Anger simply wasn't a big enough response. If the person I watched was culpable, then the visitations of man and Heaven were to be called down upon him, in the name of justice, not of anger. Whatever stirrings of outrage I felt were directed at the young people carrying flowers and my fellow politicians leading the march of honor.

As the event unfolded, I gained a certain clarity about my reactions. The best I can do is to describe it as a disorienting experience. The world goes askew when, in 2013, one can still stand in the presence of those who we see on film as grey shadows carrying out unspeakable acts. The world goes more askew when, in 2013, one is surrounded by thousands of young people carrying flowers in their honor and political parties raise them up. There was no appropriate reaction, events like this drift off into a world of unreality.

This was to me, unsatisfactory. Something must be done. Trained as I am in public issues and debate, I chose to translate this into something personal and concrete. And that, for whatever value it might have, is to remind anyone who I can reach that it can happen again, that these fringe movements are moving into the mainstream all over the world, and that "Never Again" means vigilance and action.

There is little one can do to change the current of events. I pretend no significant impact on the rebirth of Nazi movements across the world. But, having seen what I have seen, I will do what I can.