This wisdom, originally attributed to Hippocrates who lived until 377 BC, rings true in the photography of Andrew George, whose project "Right Before I Die" is a striking meditation on life and loss. The Los Angeles-based artist captures humble yet heartbreaking portraits of everyday people in their final moments of life, forced to confront the daunting reality of death until it meets them head on. 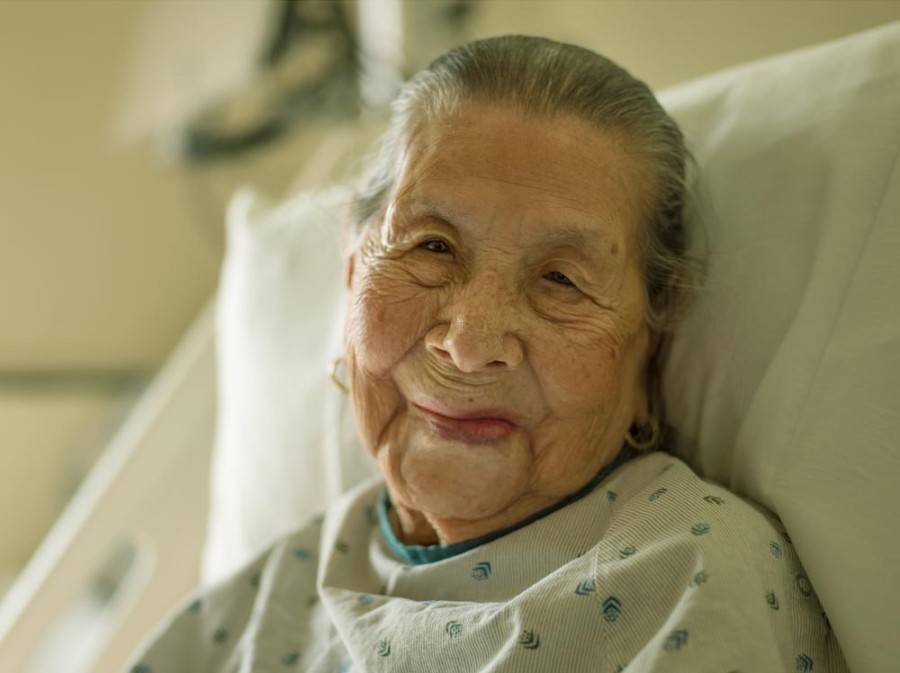 "When the idea for this project came to me, the mother of a friend had recently passed away and at her memorial, I marveled at how there was so much genuine love for her," George explained to The Huffington Post. "I began to wonder what it was about this woman that brought that out. She had this magic in the clear and wise way she spoke and never took herself too seriously. She laughed more than anyone I knew, reacted with sincerity and interest to her friends, and had so much passion in her fearless curiosity to travel and explore different cultures of the world. She was, quite simply, one of the best people I've known, yet, regrettably, was no one you'd ever learn about if you didn’t know her because her material accomplishments did not include fame."

George became interested in those living with the knowledge of their impending deaths, those "unremarkable" people who for so long went unnoticed at bus stops, in markets, on the sidewalk. With a single diagnosis these everyday citizens become unacknowledged heroes, forced to fight with inconceivable strength as the body continues to weaken. "For all of them, it started much as it will start for you: a strangely persistent itch at the back of the head, a discomfort on the left side, a lump fingered in the shower. Something [that] became impossible to ignore," Alain de Botton explains in a foreword for the project. 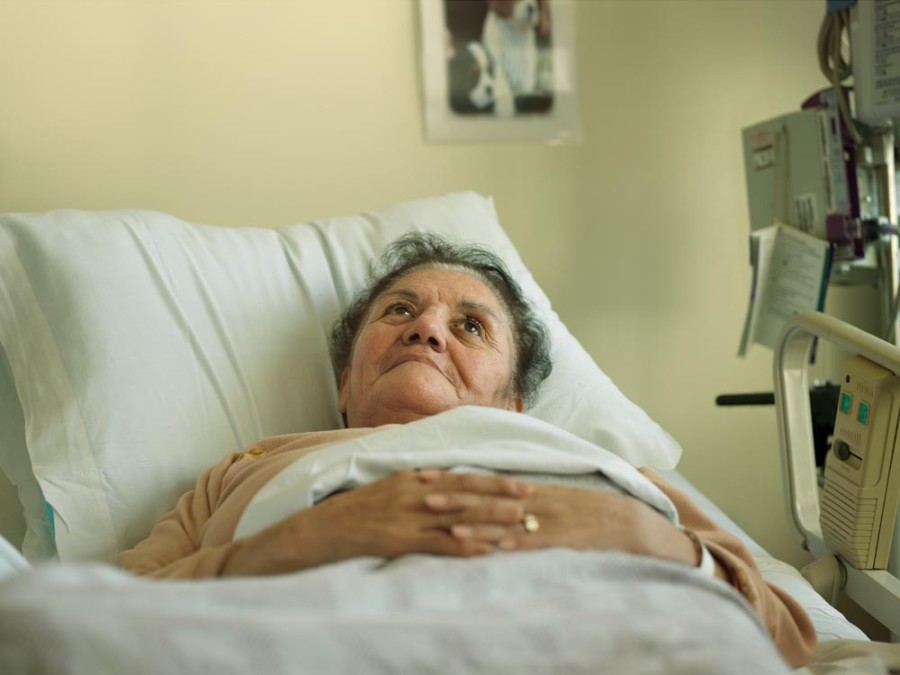 To better understand this final, and often unseen, phase of life, George searched for a hospice that would allow him to spend time with its patients. Many turned him down, except Dr. Marwa Kilani at Providence Holy Cross Medical Center in Los Angeles. Dr. Kilani was drawn to George's project and, after looking at his previous work, began asking exceptional patients if they would be interested in meeting with him. George would spend a few hours getting to know each individual, their journey, their stories and their fears, and attempt to capture it all in a portrait. He purposefully excluded any mention of the subjects' professions or illnesses in the piece to prevent distractions.

"Watching his ability to capture color in the simplest elements of a hospital room and reflecting light onto the faces of each patient was a delicate process," Dr. Kilani said in a statement. "Finding beauty in the sterility of a hospital environment is not simple. But the challenge of the seeming monotony makes his images so powerful." Indeed George's images are as simple as they are gut-wrenching, containing within them the attributes of an individual whose defining features are already starting to give way. Some express strength or happiness while others appear less conscious or expressive, all captured in the stark lights of the hospice rooms.

George's brave and thoughtful project showcases the many courageous spirits who will never be written about in history books. Some, sadly, will barely even be acknowledged as much as they deserve. "The dying are the great appreciators," Botton writes. "They notice the value of the sunshine on a spring afternoon, a few minutes with a grandchild, another breath… And they know what spoilt ingrates we are, not stopping to register the wonder of every passing minute. They were once like us of course. They wasted decades but now they are in a position to know of their folly and warn us of our own."

As George put it, "these men and women were no different from any of us, and, sooner or later we would all be experiencing what they were." See the beautiful series below and let us know your thoughts in the comments.

Photography On Our Radar Arts Death and Dying Andrew George