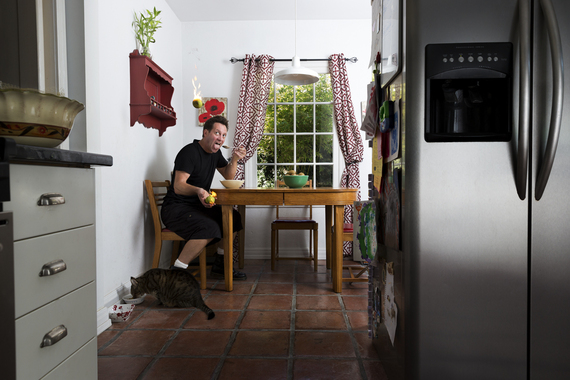 Yes, there are such things as professional jugglers -- and "Mad Chad" has long been one of them, having performed his first show as a teenager. Self-taught, Taylor has juggled since he was a boy, and the pursuit turned into a full-blown "obsession" by age 13. Long inspired by Venice Beach boardwalk performers, he continually upgrades his act and now juggles chainsaws, tasers, flaming you-name-it and plenty more. His worst accident, happily, didn't involve any of those: Instead, gnawing on an apple during one performance, he bit his thumb so hard he broke his nail. For jugglers, apparently, trouble always comes from where you least expect it.