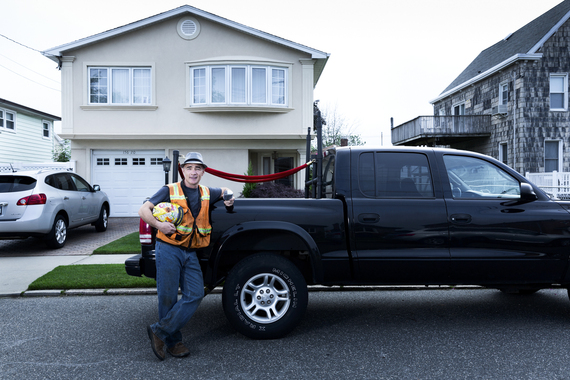 Working on the construction of Manhattan's 2nd Avenue subway line in 2010, Russo -- going through a divorce and fighting depression -- decided to exorcise his demons by serenading passersby on his lunch break. Hours of practice at home made him realize his voice bore a distinct resemblance to that of Frank Sinatra -- so when his foreman agreed to let him bring an amplifier to work, Russo began putting on a regular show. As New York folk heroes go, he's getting close to A-number-one, top of the heap.

Hear it for yourself: http://tinyurl.com/nktyh57