One of the right-wing tropes about Islam in Europe, which is making alarming inroads into the mainstream, is that it represents a "culture of backwardness, of retardedness, of barbarism" and has made no contribution to Western civilization. Islam provides an easy target considering that some 3,000 or more Europeans are estimated to have left for the Middle East in order to fight alongside the Islamic State. The savage beheadings and disgusting treatment of women and minorities confirm in the minds of many that Islam is incompatible with Western civilization. This has become a widely known, and even unthinkingly accepted, proposition. But is it correct?

Let us look at European history for answers. At least 10 things will surprise you:

1. Contrary to common belief, Muslims did not first arrive in Europe with the intention of conquering it. 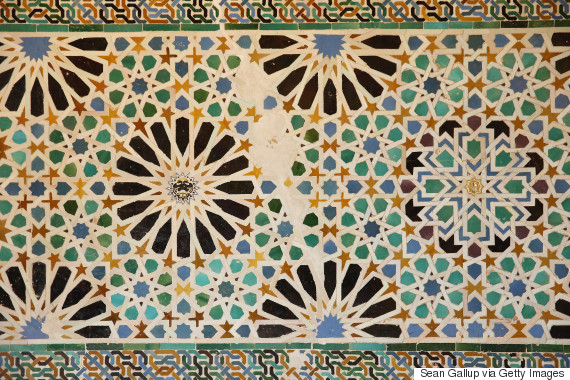 Intricate tile and mosaics decorates a room in the Nasrid Palaces at the Alhambra in Granada, Spain. Sean Gallup/Getty Images.

A small military contingent landed on the southern coast of Spain in 711 in response to the pleadings of the Jewish community, which faced harsh persecution under the Visigoth rulers. The arrival of the Muslims and their victory prevented what New York University Professor David Levering Lewis terms "the final solution." Christian leaders like Count Julian, whose daughter had been dishonored at court, had also been requesting Muslim intervention. It is precisely this reason, the support of large sections of local society, that allowed the Muslims to so easily establish their domination over Al-Andalus.

2. By describing Muslims as "backward", "retarded" and "barbaric," it is suggested that they are not capable of balancing their religion with rational thought. Yet Muslims had already attained a balance between the two positions centuries before other European societies. 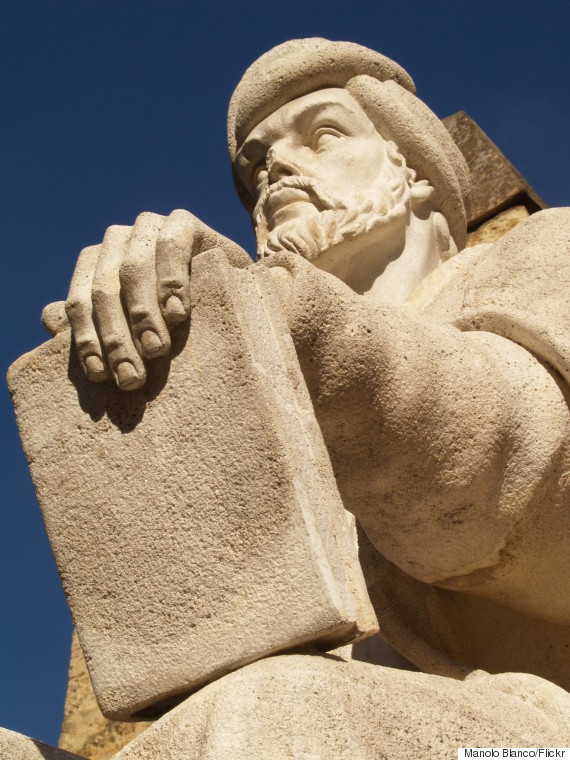 The debate between faith and reason that had been agitating Muslim philosophers and had begun since the birth of Islam and its first encounters with Greek philosophy found one of its most sophisticated votaries in Ibn Rushd, or Averroës, in 12th century Andalusia. Averroës' translations and commentaries on Aristotle and Plato so influenced scholars like Thomas Aquinas that he and others across Europe, assuming his name needed no elaboration, referred to Ibn Rushd simply as "The Commentator."

3. The first man ever to fly was the scholar Ibn Firnas near Cordoba in the 9th century. 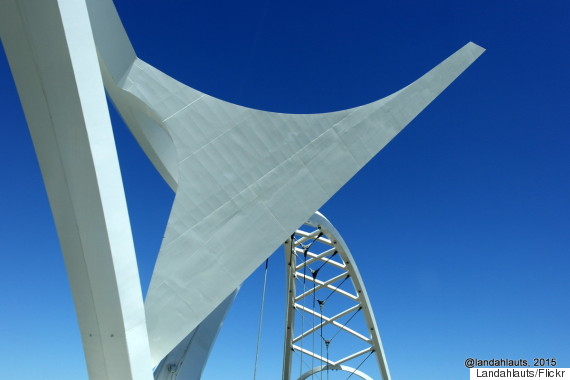 An inventor, engineer and poet, he is credited for designing a water-clock, manufacturing colorless glass and making magnifying corrective lenses or "reading stones." One of the main bridges of Cordoba -- constructed in the form of gigantic wings -- is named in honor of his flight, as is an airport in Baghdad and a crater on the moon.

4. Cordoba, in Andalusia, was the most populous and glittering city of Europe in the 10th century. 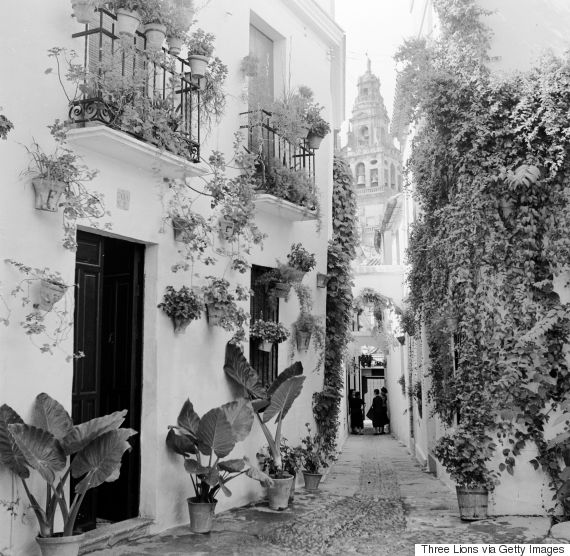 Circa 1955: In the old Moorish quarter of Cordoba the cathedral is visible at the end of a cobbled street. Three Lions/Getty Images.

Its streets were lit and there were baths, gardens and libraries everywhere. The main library was estimated to have 400,000 books when the largest library in Europe, in Switzerland, had 800 volumes. Visitors came from all over the continent to marvel at Andalusian civilization, and a nun in Saxony called Hroswitha described it as ''the ornament of the world.''

5. Islam is frequently accused of being intolerant and rejecting harmony with other cultures and religions. Yet Muslim Spain or Andalusian civilization offers one of the most shining examples of harmony, peace and prosperity between different religions in the history of Europe. 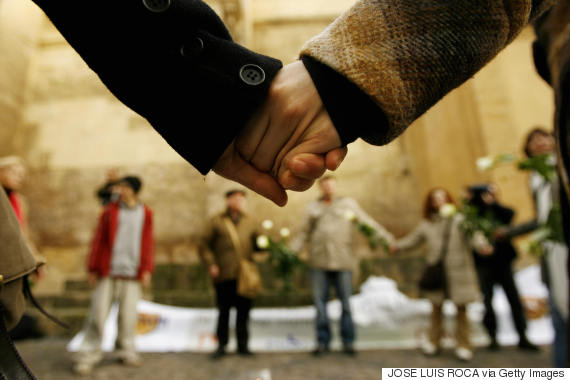 People pray during an interreligious prayer outside the great mosque in Cordoba. JOSE LUIS ROCA/AFP/Getty Images.

At one point the capacity of people of different faiths to live and work together in Andalusia was illustrated by its ruler Abd Al-Rahman III in the 10th century. His chief minister was Jewish and his ambassador to the Holy Roman Emperor Otto I was the Catholic Bishop Racemundo. The Spanish term La Convivencia or Coexistence describes that time in Al-Andalus. Harmony at the political level engendered creativity and prosperity. Others saw it differently. Muslim tribes fresh from the deserts and mountains of North Africa looked on Andalusian society as decadent and corrupt. They destroyed Madina-at-Zahra, the beautiful royal town built in the hills near Cordoba considered the gem of Andalusian architecture. Scholars like the great Rabbi Maimonides and Averroës were forced into exile from their beloved Cordoba.

6. Two of the greatest novels of Western literature directly or indirectly bear the mark of Islamic culture. "Don Quixote" and "Robinson Crusoe" were selected by experts and critics as the number one and three respectively on the Guardian's list of "The 100 Greatest Novels of All Time." 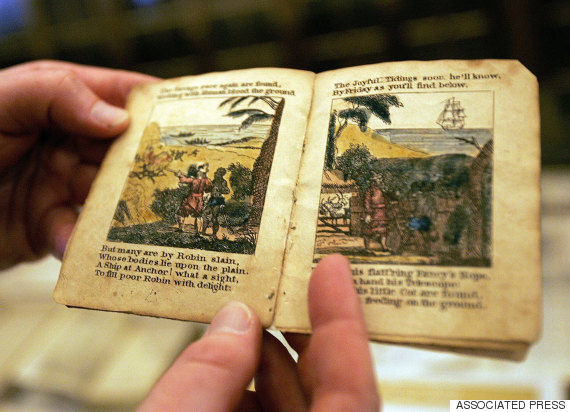 In the first, Cervantes began his novel by disclosing, with tongue in cheek, that it was a manuscript written by an Arab called Cide Hamete Benengeli or Sir Hamid Aubergine. The theme and structure of the 12th century novel "Hayy ibn Yaqdhan" (English translations were published from a Latin version in 1686 and the original Arabic in 1708) by the Andalusian philosopher Ibn Tufail about a man stranded on an desert island with a companion, no female company and engaged in raising philosophical questions about the nature of society, foreshadowed Daniel Defoe's "Robinson Crusoe" (first published in 1719). In fact, the influence of "Hayy ibn Yaqdhan" on Europe was so great it "could be considered one of the most important books that heralded the Scientific Revolution."

7. Two of the most celebrated European rulers, Roger II, the king of Sicily, and Frederick II, the holy Roman emperor, were so influenced by Islamic culture that they spoke Arabic, had Muslim bodyguards and inscriptions in Arabic were written on their royal ceremonial mantle, which was worn by the holy Roman emperors at their coronations until the late 18th century. 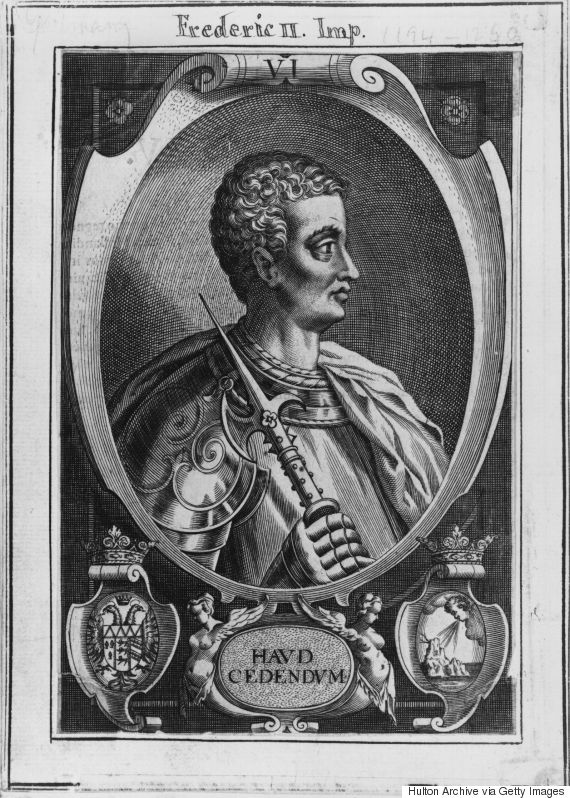 Roger used Islamic designs and calligraphy to decorate his greatest project, the Palatine chapel in Palermo, which can be seen today. Frederick II admired Averroës so much that he sent translations of Averroës' work to European universities so that they could be studied and taught. Frederick II illustrated how a spectacular geopolitical victory can be gained without warfare and bloodshed when he was handed over Jerusalem peacefully during the Sixth Crusade by the sultan of Egypt due to the mutual respect they had for one another. In the case of Roger and Frederick, we see the Andalusian La Convivencia in reverse: Christian rulers accepting and appreciating their Jewish and Muslim subjects.

8. Johann Wolfgang von Goethe, considered the greatest of poets in the German language, wrote a powerful poem dedicated to the prophet of Islam. 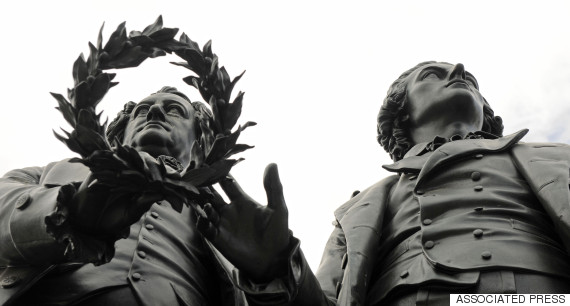 He made the enigmatic comment that expressed his admiration for Islam: "In Islam, we all live and die."

9. Napoleon in Egypt wore Arab dress, emphasized his respect for Islam and declared that he and the French were Muslim. 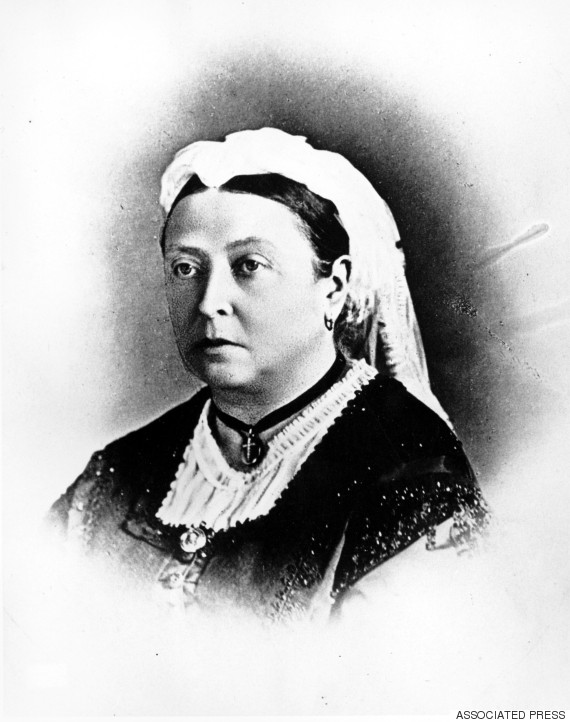 Queen Victoria called her personal assistant, Muhamma Abdul Karim, an Indian Muslim, her munshi, a term meaning teacher. Abdul Karim was so close to her that the relationship roused the envy of the royal household. The last German emperor, Kaiser Wilhelm II, prided himself on the title "Hajji," and declared he would be the protector of the world's Muslims against European imperialism.

10. More European women than men are converting to Islam in spite of the widespread antagonism to the religion. 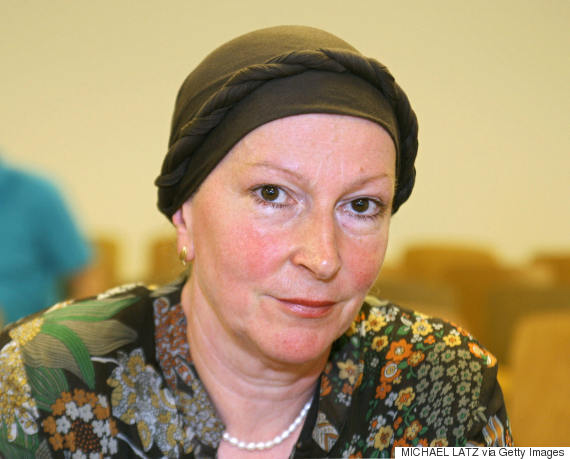 Despite the perceived mistreatment of women in Muslim communities and the rising tide of aggressive secularism, they are finding solace and peace in Islam.

* * * Today, too, Muslims are also making an impact -- and it is not all about the violence of the Islamic State and the thousands who have left to join them. Thirteen Muslim members of parliament have been elected in the recent elections in the U.K. Eight of them are women. Muslims are currently serving as government ministers in the U.K. There has been a captain with a Muslim background of the English cricket team, and there are many Muslims in the top European football clubs and on European national teams. Malala Yousafzai, who is originally from Pakistan, won the Nobel Peace Prize and now lives in the U.K. She is an internationally known activist for female education, now challenging Boko Haram for its attitude towards girls and pleading with the United Nations for more support for women.

In the discussions of Islam that focus on acts of Muslim violence, such as those associated with the Islamic State, and provide fuel against Muslim immigrants from Africa and Asia, it is often overlooked that there are millions of indigenous Europeans such as Bosniaks, Albanians and Pomaks who are also Muslims. These indigenous Muslims form the majority population in Albania, Kosovo and Bosnia-Herzegovina. Europe, therefore, has its own native population, which happens to be Muslim. These Balkan Muslims, like other Europeans, are committed to democracy, prosperity, education and the ability to live with people of different cultures and religions.

As the debate around Islam continues to create controversy, anger and even violence, the "surprises" presented here may help to put the nature of Islamic civilization in its proper context. These are facts that would benefit not only non-Muslims but also Muslims. The critics of Islam, as much as those who advocate violence on its behalf -- groups like Islamic State, for example -- need to appreciate the cultural and intellectual sophistication of Muslim civilization when it was widely acknowledged as the most advanced in Europe. The destruction by the Islamic State of the ancient history of the Middle East, such as at Nimrud, and attacks on minorities are emblematic of their character. It is also an explicit rejection of the rich Muslim civilization that gloried in cultural, intellectual and philosophic sophistication. Muslims had achieved that reputation for a period of time because society offered its individuals, regardless of religion or race, the possibility of pursuing knowledge and working together to produce peace and prosperity.

I am not advocating a return to the past for a moment. I am merely suggesting that there are lessons in history for us, if only we are prepared to think about and learn from them. Akbar Ahmed is the Ibn Khaldun Chair of Islamic Studies at American University, in Washington D.C. He is working on the film and book project called "Journey into Europe: Islam, Immigration and Empire."