Rihanna's 777 Tour rapidly devolved from an interesting idea to the first-world problem of the year earlier this month, when a number of journalists shadowing the artist complained about lack of access to the singer. The tension aboard the plane (read HuffPost's piece on the tour here) reached a breaking point when one protesting passenger stripped nude and ran up and down the aisles.

Now, RiRi is responding to criticism that painted her as uninterested in speaking to any of the 150 writers she brought along for the trip. Her version of the story: I needed sleep.

"It was different having to do your job but also have 200 guests come along with you," the singer told BBC's Radio 1. "They all want you to host a party every time you get on the plane after a show but you really only have that time to sleep until you get to the next country.... Sometimes it was a two-hour ride to the next country and that was all the sleep you would get."

"I knew I had seven countries and seven shows and I had to save my voice," she told the station. "I didn't go crazy. I didn't party too hard."

The 777 tour took the singer and her guests to seven cities in seven days. Each night, Rihanna would perform an almost entirely consistent set at a somewhat intimate show. Between concerts, she, journalists and a group of contest-winning fans would board her chartered plane and fly to the next stop. On the first leg of the trip, from Los Angeles to Mexico, Rihanna poured champagne for and spoke with those on-board, setting a perhaps unfair expectation that she would be visible throughout the trip. Aside from her nightly shows, she was not seen again until the tour landed at its last stop in New York a week later.

For more, read our in-depth profile of Rihanna and head over to Radio 1 for her defense. 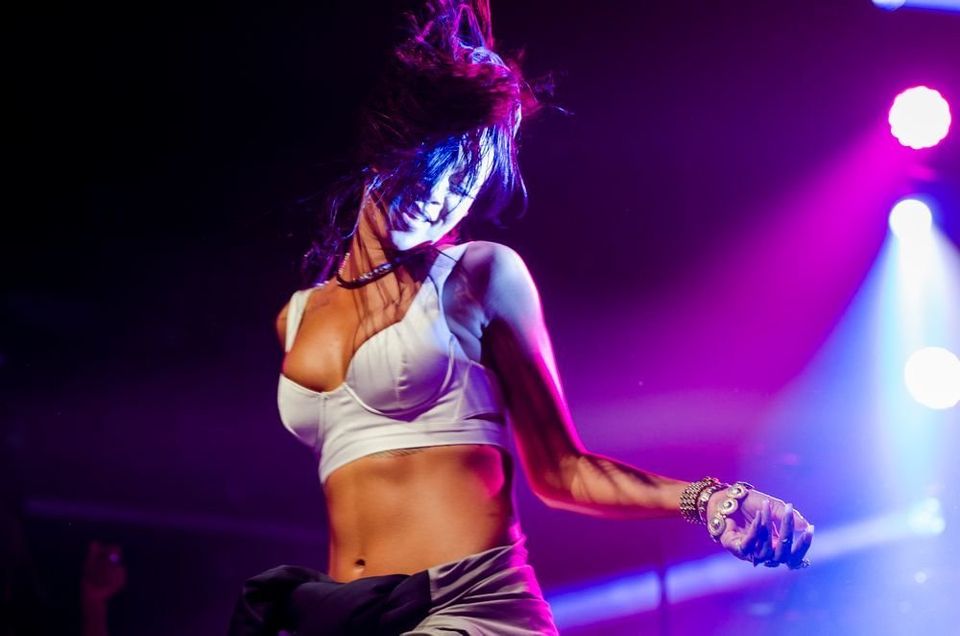