Blink and you'll miss it: Just this week, reports "confirmed" that perennially unstable couple Rihanna and Chris Brown broke up for the 253rd time so Rihanna can focus on her career. That was days after Brown revealed on a radio talk show that he and Rih are not, in fact, on again.

Yesterday, however, Rihanna uploaded a series of photos to her Instagram account and in one of them she is seen cuddling up to wide-grinned Brown. The two of them seem to be on their way somewhere, driving off, and Rih captioned the happy-looking pic with "This shit look like a toupee."

Now, it could just be that the 25-year-old songstress is paying tribute to her yet-again boyfriend by quoting lyrics from his song "Look At Me Now," but for the skeptics among you we'd like to suggest a alternative: A toupee is a piece of hair, essentially a wig, meant to cover up a bald spot. It is a cover up, something fake pretending to pass off as real.

Could Rih be hinting at something? 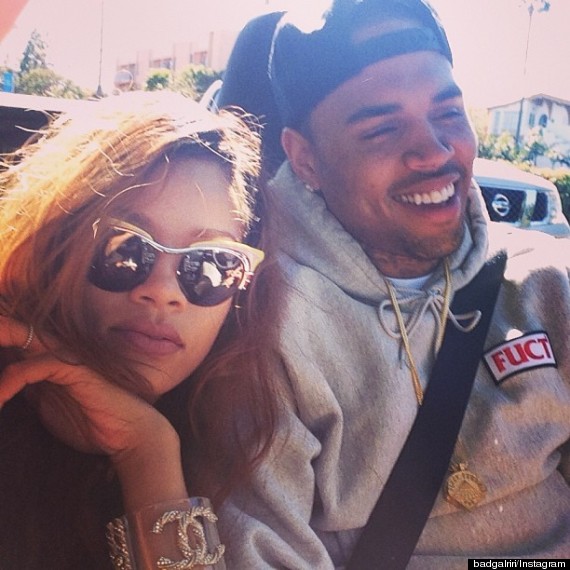 Meanwhile, a source told Us Weekly that the two are indeed together but have been fighting a lot lately. "Every second it's a blow-up and then full on in love," the source told the magazine.