Celebuzz was the first to report that Rihanna and Brown were together in NYC. An eyewitness said the two were “hugging and kissing, and they went to the back of the club alone together.”

Rihanna allegedly arrived just five minutes after Brown and sat down two tables away from him. The 23-year-old then went over to his ex-love, took off his shirt and began "dancing on the table for Rihanna," according to Celebuzz. The source added that the two continued “dancing together and being very smitten."

Us Weekly confirmed Celebuzz's report, noting that sources have claimed Rihanna and Brown have been secretly been hooking up since earlier this year.

After dancing and kissing, Rihanna and Brown reportedly went into a bathroom together, according to the New York Post. When the 24-year-old songstress emerged, “she seemed a little ruffled,” a source told the paper.

The New York Daily News has a photo of Brown leaving the Gansevoort Park Hotel, where Rihanna has been staying.

Eyewitness Yair Devia told E! News that he saw the duo leaving the New York City hotel together Tuesday at about 5:50 p.m. They reportedly were able to trick the paparazzi gathered outside by putting cones and caution tape in front of the hotel and sneaking out a side door.

The Daily News added that the "Don't Wake Me Up" singer and his girlfriend of almost two years, model Karrueche Tran, “have been fighting nonstop lately.”

Rihanna and Brown broke up in February 2009 after he physically assaulted her in a car during a fight. He is still on probation for this incident, but talk of the two getting back together has increased recently, particularly after Rihanna's interview with Oprah Winfrey when she admitted that she still loves him.

The Barbadian beauty tweeted Brown on Sept. 24, offering her prayers when he faced a court date for potential probation violations. They also reunited at the 2012 Video Music Awards, where they were seen hugging, earlier last month. 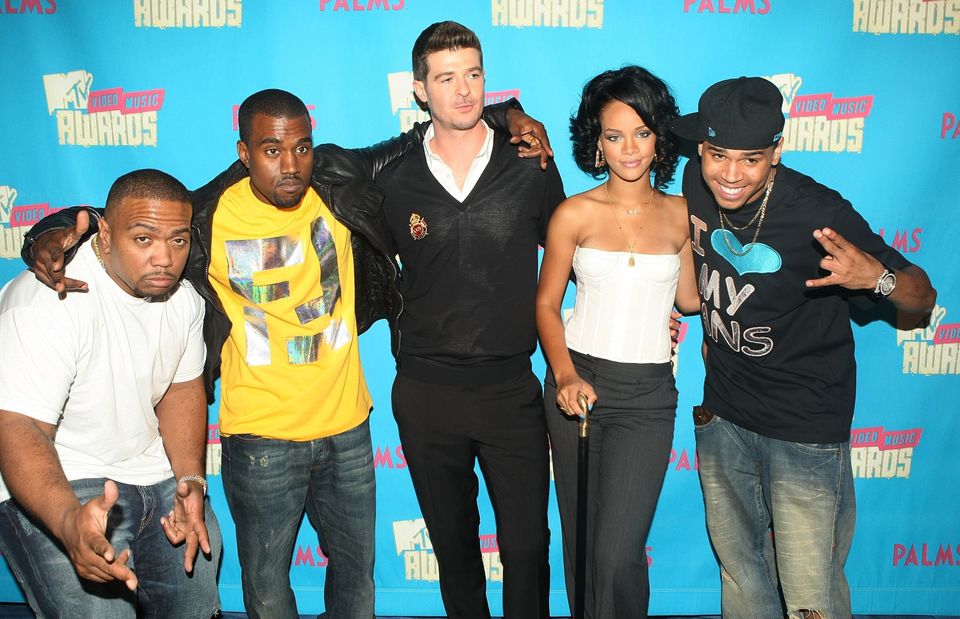